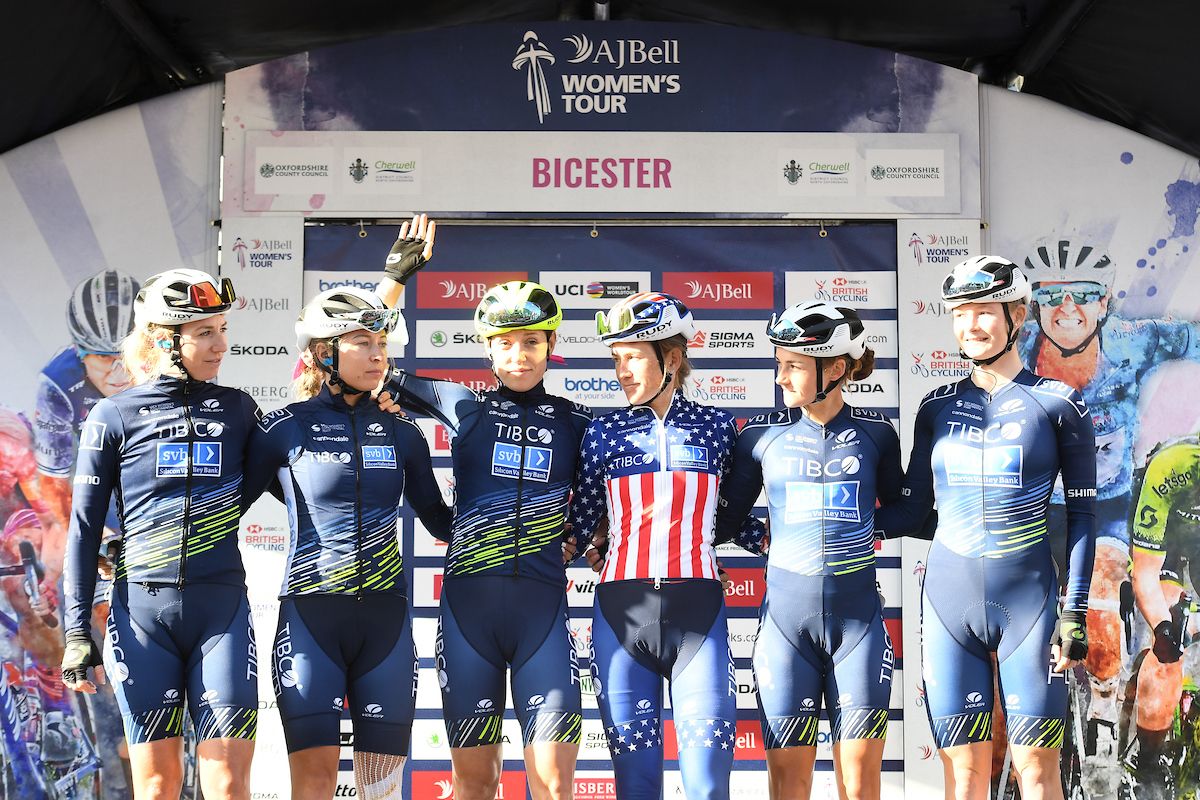 Tanja Erath (Tibco-Silicon Valley Bank) has safely made it back to Cologne, Germany where she is expected to have spinal surgery early next week. The German rider crashed heavily on stage 1 of The Women’s Tour and was taken to hospital in Banbury before being transported to a larger hospital in central Oxford. It’s understood that although Erath’s season is obviously over, she will only need a matter of weeks to recover.

Scans and medical checks at the time of the crash showed that the German rider had suffered multiple injuries, including, a broken rib, broken collarbone that needs surgery, two broken vertebrae, one unstable … (a 3 column fracture of [fifth thoracic vertebra] and 1 column fracture of [T-6]) and possibly a broken finger.

Early this week, it was unclear whether Erath would be operated on in the United Kingdom or Germany but on Friday her team confirmed that Erath has been driven back to Germany.

“I’ve not had an update yet but the medical team here were awesome with their help and I think that Tanja will have surgery next Monday or Tuesday. She’s gone back to Colonge and I think she’s looking at roughly a few weeks of recovery. I’ve not talked to her doctors specifically, but I think that we’re looking at a few weeks, so it’s not months or anything like that,” Sports Director Rachel Hedderman told Cycling News at the start of stage 5 of the Women’s Tour.

“She said that her back hurt so the medical team took the precautions until she could have scans. The collarbone was an obvious one because you could see it, but she knew her back hurt but she didn’t quite know the problem.”

Erath, 31, is currently listed as out of contract at the end of the season but Hedderman confirmed that Tibco-Silicon Valley Bank had already re-signed the rider for next year.

Hedderman would not confirm whether Erath had signed a one or two-year deal with the American squad but she added that the team were looking forward to the rider making a full recovery in the coming weeks.

Erath was a practicing doctor before winning the 2017 Zwift Academy to secure a contract with Canyon-SRAM for the 2018 season. She spent three seasons with Canyon-SRAM before she signed for Tibco-Silicon Valley Bank at the start of this year.

“The team hasn’t been confirmed for next year,” Hedderman said before confirming Erath’s contract extension.

“It’s obviously never a good time to get an injury but this is probably the least bad time, if that makes sense. It takes her straight into the off-season and she only had Drenthe on her programme before her season was over. There’s never a good time for but if it’s going to happen then it’s best to do it now than at the start of the season.”