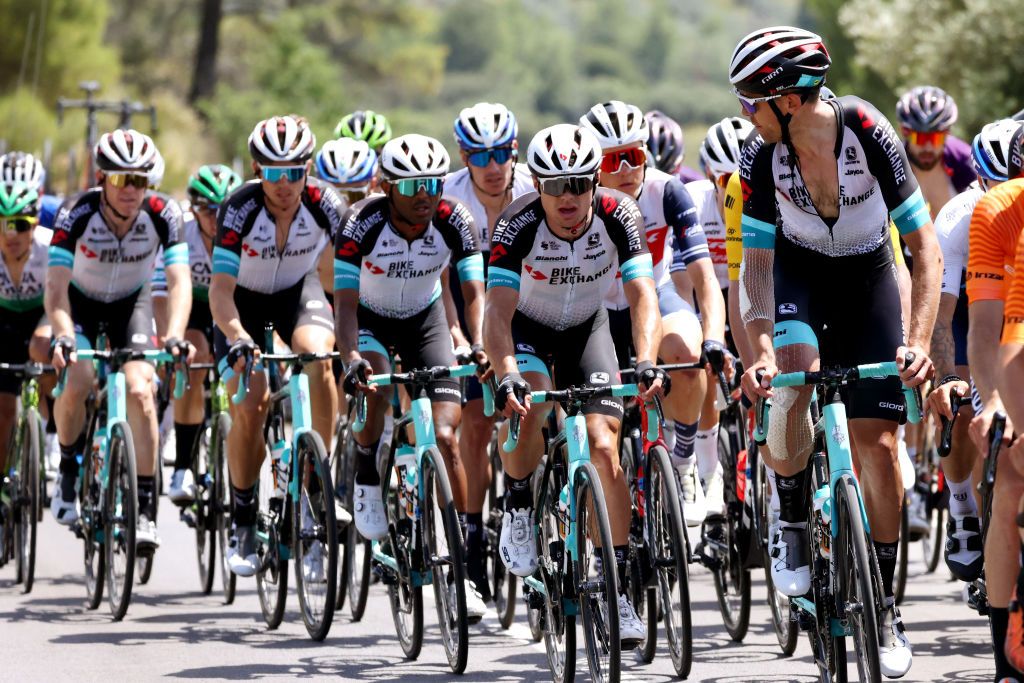 There will be a new logo added to the Team BikeExchange jerseys at the Tour de France, with the Australian-based squad signing up to partner with an emerging tourism destination in the north west of Saudi Arabia in a deal that will cover both the men’s and women’s squads through till the end of the 2023 season.

Team BikeExchange – which is the latest incarnation of long-running Australian-based squad GreenEdge Cycling – has long been supported by owner, Australian businessman Gerry Ryan, with a number of the companies that he has had interests in appearing as sponsors. However, the search has been on for additional partners, with Ryan’s attempts to pull back last year leading to an aborted sponsorship takeover by Spanish project the Manuela Fundación, after which Ryan committed to backing the team for the at least the next two seasons.

The agreement with the Royal Commission for AlUla (RCU) is an entirely different type of arrangement – with no talk of ownership changes – and the team name will remain the same. The AlUla logo will be added to the team jersey and the agreement includes other “mutually beneficial opportunities” such as a cycling camp in AlUla to encourage the local community to be engaged with the sport.

“The mutual respect and alignment of values is great for GreenEDGE Cycling and it will be exciting to see how our partnership can help AlUla to grow awareness amongst the passionate cycling community as a luxury heritage destination,” said Team BikeExchange general manager, Brent Copeland, in a statement.

“We are here for a long term partnership and we will keep developing together.”

The RCU was established to  preserve and develop AlUla, describe as a region of outstanding natural and cultural significance in north-west Saudi Arabia which is home to Hegra, the first UNESCO World Heritage site in Saudi Arabia.

“Cycling is a premium sport and offers an invaluable opportunity to communicate the premium AlUla experience, our extraordinary heritage and culture, as well as our efforts to future proof the destination for the enjoyment of future generations of visitors,” said Phillip Jones, Chief Management and Marketing Officer, Royal Commission for AlUla.

“As a developing tourism destination, AlUla is focused on safeguarding the natural and cultural landscape, sustaining eco-systems and wildlife and developing light-touch tourism experiences. We are excited to work with the passionate team at GreenEDGE Cycling in the coming years.”

The Australian-based squad – home to riders including Simon Yates, Amanda Spratt, Esteban Chaves, Michael Matthews and Grace Brown – was known as Mitchelton-Scott the last three years. Mitchelton is a wine-maker that also has a vineyard based restaurant, day spa and hotel in Victoria, so the group already has some familiarity of working with a tourism-focussed sponsor.

“We haven’t been there yet physically, but in the last few weeks we have met many people who are working to promote the region and we have seen so many breathless images and videos and I can’t wait for our first opportunity to visit AlUla and discover more about it,” said Ryan.  “We will do our best to support their growth.”