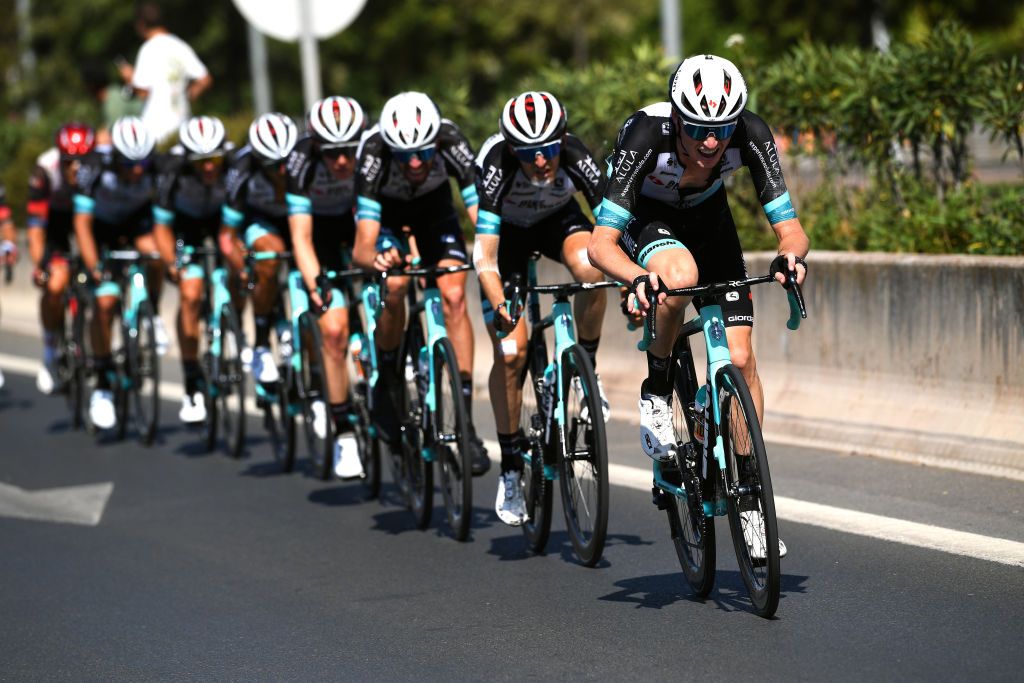 The Jayco name is such a prevalent and longstanding fixture in Australian cycling that its likely etched into the subconscious of every single one of the nation’s cycling fans, with its welcome tentacles of support prominent in the sport ever since it got behind gold medal winner Kathy Watt before the 1992 Olympic Games. Now, for the first time, that familiar name will appear in the title of Australia’s only WorldTour team, which for 2022 is registered as Team BikeExchange Jayco.

Team owner Gerry Ryan has been the key ongoing long-term supporter since it was launched in 2012 and while businesses he has been associated with, such as Mitchelton Winery and Team BikeExchange have recently graced the title, this is the first time the company that started it all,  Jayco, has featured. Though, that was not necessarily the plan just weeks ago with the team having long been on the lookout for another partner. Last year, what appeared to be a done deal with Manuela Fundación was scotched and this year talks with Premier Tech, who was expected to join Team BikeExchange as a sponsor, didn’t make it over the line.

“There’s no secret that we were in talks with Premier Tech,” Team BikeExchange general manager Brent Copeland told Cycling News. “But, you know, sometimes sponsor negotiations work out well, and sometimes they don’t. This one didn’t work out with us.”

Failed sponsor negotiations can leave teams in a dire position, but Ryan and his companies have time and time again stepped into the void at the Australian team, which had Orica as its name sponsor for the initial seven seasons. The squad, which is now heading into its 11th season, as a result, will carry the name of the RV company Ryan founded, Jayco, alongside the Ryan-backed BikeExchange which was recently publicly listed.

That, however, doesn’t mean it isn’t still on the lookout for another sponsorship deal, it is just a matter of finding the right fit.

“I would say that’s the idea of most teams, and is definitely our idea, and that’s what we continue to do in full. You might find some sponsors which have the investment, but they might not have the same vision or mission or they don’t have the same way of thinking for the future, whether it’s GC direction or whether its Classics direction. So you might find a sponsor, but then you get into the negotiation, you find out that they have a completely different idea to what your ideas are and that doesn’t always work out.”

Other teams with long-term sponsor commitments and secure funding have used it to their advantage, locking in long deals with key riders. Remco Evenepoel has a five-year contract with Deceuninck-QuickStep and Tadej Pogačar is signed with UAE Team Emirates through till the end of 2027. The question is does not having that type of long-term sponsorship arrangement deliver a hindrance?

“No, I wouldn’t say that. We were very happy with signing Simon [Yates] and Michael [Matthews] and then all the rest of the group that we built around them,” said Copeland. “But if we had double the budget or a 15-year contract, would that have changed? The answer would be no. We would have gone in that direction in any case, because that’s the decision we took. We said let’s build a GC team around Simon and let’s build a Classics team together with Michael, and that’s the direction we went. So that wouldn’t have changed.”

Plus, while a fresh long-term sponsor may not have come on board, the team has proven longevity and a committed owner which delivers a different type of security when walking into rider negotiations.

“It’s a different business structure. You have a passionate sportsman, a passionate businessman who loves sport, is invested in the team, loves the team and is committed to the future of the team,” said Copeland. “So the business structure is different, but that doesn’t change the commitment of Gerry for the future of the team. And when you get down and discuss it with agents and riders, they know that the team has been around for ages and they know who Gerry is and the commitment that he has put in so I must say, I have not felt that it’s affected any of my negotiations this year with anyone.”

As far as rider negotiations go, when we spoke to Copeland Friday, he said the team still had two spots to fill on the women’s squad and one on the men’s.

“We are in negotiations with three riders and are going to make a decision on one of them.”

However, there are many more announcements to be made shortly, particularly in regard to the women’s teams, as the details of other riders that have already inked contracts for 2022 are revealed.

It’s bound to be a year of considerable change on the women’s squad, as after losing Annemiek van Vleuten to Movistar at the end of 2020 two other key riders, Grace Brown and Sarah Roy, are also moving on to other teams at the end of this season. Plus Lucy Kennedy is retiring, along with Janneke Ensing, while Jess Roberts, who has had limited racing this season due to chronic hip and back pain, is heading to Coop-HiTec Products.

Only three riders on the women’s squad have contracts that run through 2022, Arianna Fidanza, Teniel Campbell, and Amanda Spratt, who will be out in the early season as she recovers from surgery for Iliac artery endofibrosis.

“There are some exciting announcements coming up and we are very proud of some of the signings that we’ve done,” said Copeland.

The team is looking to a dual leadership strategy, with a rider secured and an announcement expected soon, plus there are some young Australian riders joining the team.

“We’ll have some developing riders coming on board, younger riders that are coming up, riders from the track,” said Copeland. “We believe that doing the track and the road is something that helps the performance. That’s what we’re looking at for the future.”