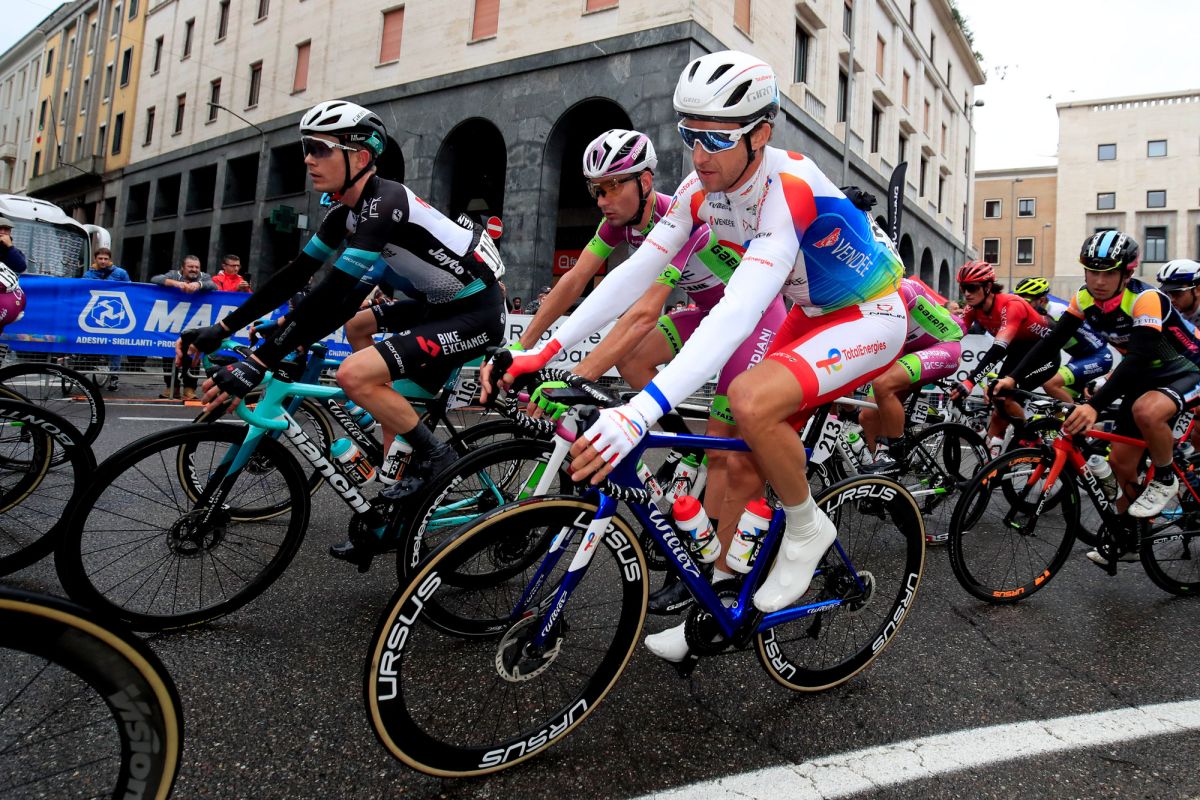 Team TotalEnergies have announced that they have terminated the contract of their rider Alexandre Geniez with immediate effect.

The Frenchman was convicted of domestic abuse against his ex-wife in March and handed a four-month suspended prison sentence. The 34-year-old was also ordered to pay a symbolic €1 compensation to Lucie Garrigues following the abuse dating back to February 2020.

Geniez hasn’t raced since the conclusion of the case in Rodez, having earlier taken part in the Saudi Tour and Tour du Rwanda.

“Team TotalEnergies has come to an agreement with Alexandre Geniez to terminate his contract,” a statement issued by the team read. “As of today, he is no longer a member of Team TotalEnergies.”

Following the sentencing, the UCI confirmed to Cycling News that its Ethics Committee would explore its options on any further action to be taken against the Frenchman. Should they find Geniez guilty of breaking the UCI Code of Ethics, the Ethics Committee is empowered to take a range of action, from reprimands and educational measures to suspensions and fines.

Geniez wrote in a statement on Facebook (opens in new tab) that he had decided to leave the team and end his cycling career. The three-time Vuelta a España stage winner had already planned to retire at the end of 2022.

“After achieving my cycling goals and going through changes in my personal life, I have decided to leave the Total-Energies team and start a new career,” he wrote.

“At 34 years old, I realized the need to devote more to my personal life and develop projects that I have been thinking about for several years, in connection with cycling and economic activities in the territory where I live, in Aveyron, south-west France.”

In March, TotalEnergies team boss Jean-René Bernaudeau said in an interview with Cycling News that the team was “powerless” to take any action against Geniez – such as terminating his contract – thanks to French employment law, given that the rider was appealing his sentence.

“The law prevents us from doing anything more,” Bernaudeau explained. “Officially, Alexandre is not suspended, because the judgement has been postponed. At the moment it’s true we’ve left him at home to give him the time to digest and understand this. It’s serious. The accusations are serious. But today, legally, he has the right to race.”

Following the decision taken by TotalEnergies and Geniez, the outcome of his appeal and any action to be taken by the UCI Ethics Committee remains to be seen.

See more
SOURCE: CyclingNews   (go to source)
AUTHOR: Daniel Ostanek
All copyrights for this article, including images, are reserved to the original source and/or creator(s).