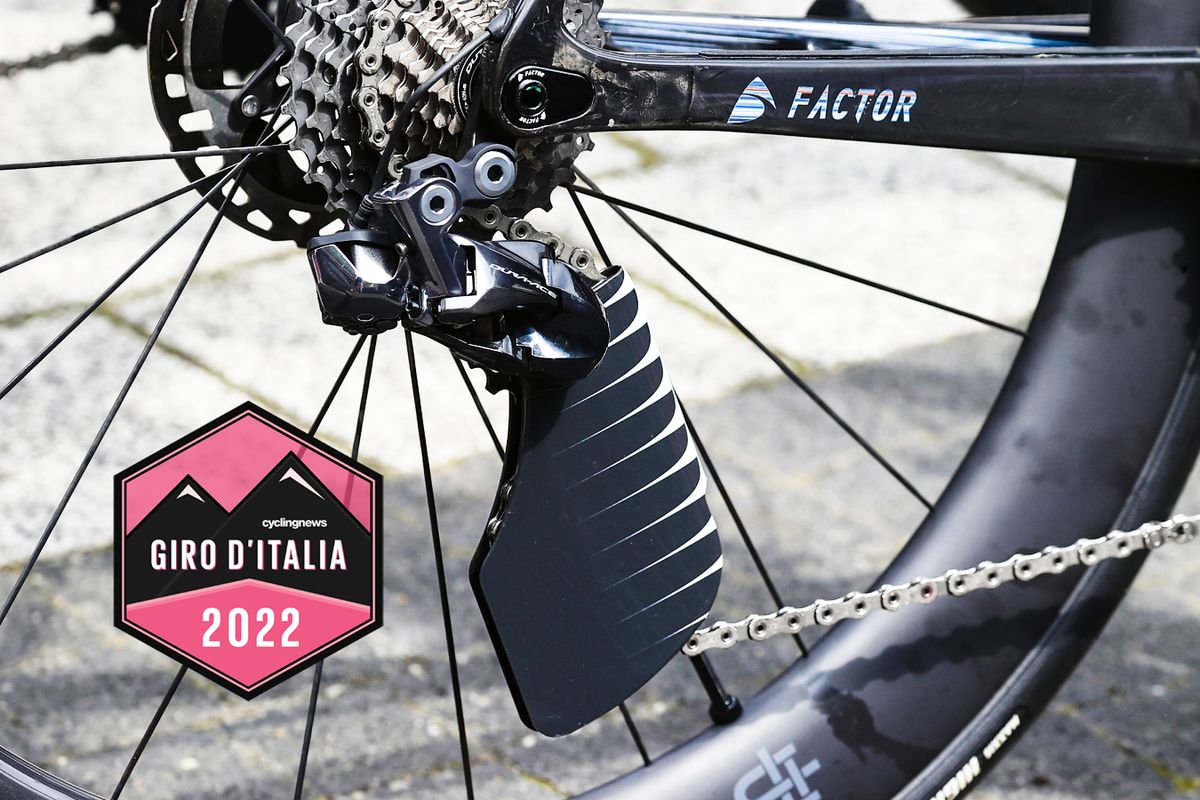 After just three days of racing at the Giro d’Italia, it’s already time for a rest day and, with that, our first rest day tech gallery of the race.

The unusually early break has been positioned as such to allow riders and teams enough time to transition from the race’s grande partenza in Hungary to the Giro’s proper home, Italy. Luckily, despite the comparatively small number of kilometres covered, there has still been a lot to see so far.

As Mathieu Van der Poel’s ride title on Strava says; “Hungary you were amazing”, and it’s a statement true of the racing we’ve seen, the scenery we’ve passed through, and particularly for this writer, the tech we’ve been able to glimpse.

In just three days of racing, we’ve had a host of exciting talking points, and here you’re going to get them all in one place, so grab a coffee, sit back, and enjoy. Just try not to spit out that coffee when you see the amount that some of these marginal gains will have cost.

CeramicSpeed is well known for chasing marginal gain, but it does so through the reduction of drivetrain friction, rather than improving aerodynamic efficiencies. The brand is perhaps best known for the OSPW, or Over-Sized Pulley Wheel system, which replaces the traditional derailleur cage with oversized jockey wheels to reduce chain articulation, spinning on ceramic bearings to reduce friction for a claimed two-to-four-watt saving.

On stage 1 of the race, Giacomo Nizzolo was spotted using what transpired to be an aerodynamic version of the OSPW – expected to be called the OSPW Aero – which essentially houses the aforementioned pulley wheels in a carbon fibre sheath, theoretically smoothing airflow. No details around added watt savings are available, but we predict it’ll be a similarly modest number.

The retail price for this component – brace yourselves – is reportedly going to be $800.

Read more in our dedicated story about the CeramicSpeed Aero.

For the Stage 2 time trial, Simon Yates went even more expensive with his marginal gain. Despite his BikeExchange-Jayco team being officially supplied by Ale for their kit, the team also has the British brand Vorteq as a technical partner. Vorteq is based at the Silverstone Sports Engineering Hub, where it provides custom-fit skinsuits, priced at an astonishing £2,750 per item.

Given he rolled around the 9.2km Budapest circuit faster than anyone else, many would argue the investment was worth it. We don’t imagine they’d feel the same had he crashed.

Mention time trialling and Israel-Premier Tech in the same sentence and many would assume the rider in question is British time trial specialist and aerodynamics nerd, Alex Dowsett. But if anyone in the team can give Dowsett a run for his money against the clock, eight-time Austrian national time trial champion Matthias Brändle is one of them.

On Brändle’s feet were a pair of custom-moulded carbon fibre shoes from the Italian brand, Nimbl. The Nimbl website has four pairs of shoes listed. Three of which are ‘off the shelf’ options ranging from £399 to £499. The fourth is the custom moulded pair worn by Brändle, called the ‘Expect’, and for these, the price is only available on request.

Naturally, we’ve put in a request, but we fear it’s a case of ‘if you have to ask, you probably can’t afford it’.

Ahead of the grande partenza on Friday, there was a slew of new time trial bikes unveiled to the world. BMC worked with Red Bull on the new Speedmachine, there was a wild-looking Colnago TT1, and perhaps the first ever climber’s TT bike was launched in the shape of a Wilier Turbine SLR. We thought we were done there, but it appears Romain Bardet’s Team DSM had yet another new TT bike for us to ogle, courtesy of their bike sponsor, Scott.

It’s believed to be the new Scott Plasma, and it helped the Frenchman to one of the best performances of his career against the clock, as well as guiding his teammate Thymen Arensman to an impressive top 10.

Read more in our full story on the new Scott TT bike.

It’s rare these days for a classification leader to not be given a bike and accessories to match their new jersey colour, but that doesn’t make it any less exciting when it happens.

Mathieu Van der Poel was clearly targeting the maglia rosa during the opening stage of the Giro d’Italia, and it’s clear his Alpecin-Fenix team and bike sponsors Canyon backed him to succeed. Less than 24 hours after he outsprinted Biniam Girmay to win stage 1, the team had rolled out this bright pink Canyon Speedmax CFR, complete with sponsor-incorrect wheels from HED and Aerocoach, as well as an Aerocoach Ascalon cockpit.

His impressive 2nd place on stage 2 meant he was still in pink come the following day, and out rolled another pink bike, the Canyon Aeroad CFR shown below.