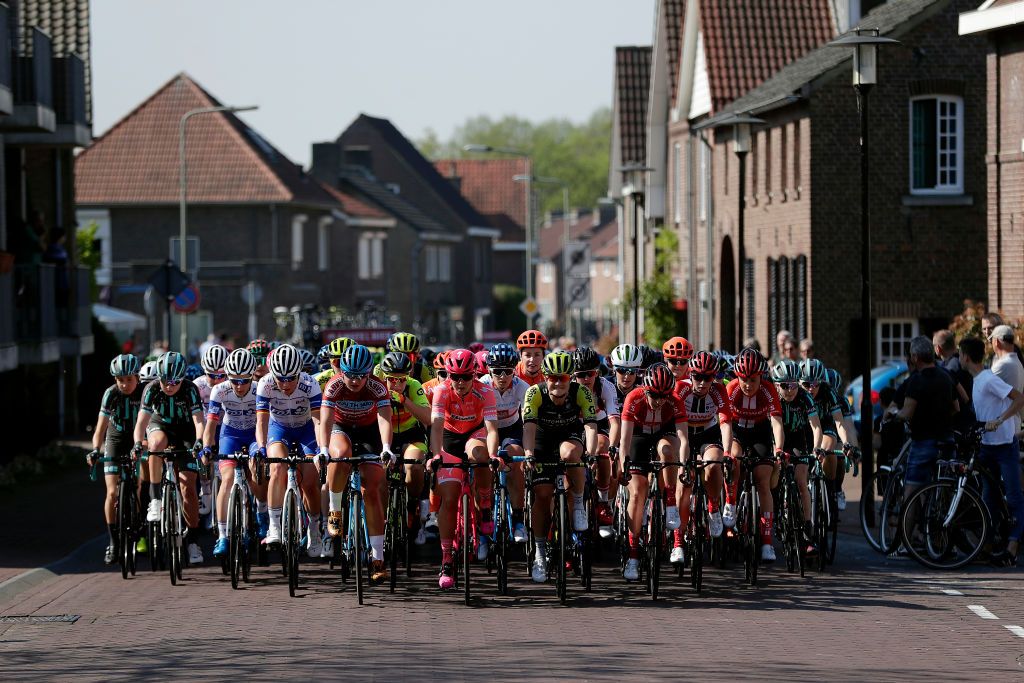 The Cyclists’ Alliance (TCA), the trade association that represents the interests of female cyclists, has launched a new initiative in partnership with SuperSapiens called ‘The Cyclists’ Alliance Duty of Care Framework.’ It will aim to enhance the mental and physical well-being of female athletes, ensuring that they cannot, knowingly or unknowingly, push their body and mind past its limitations.

“We’ve been providing education in a lot of areas such as working conditions, minimum salary, and contracts, but the health part has always been on our radar. We’ve been doing webinars with doctors, psychologists, and nutritionists for riders to connect with through their member services. These services are widely used by riders and team managers, which triggered our efforts to do more on the health side of sport,” co-founder of TCA, Iris Slappendel, told Cycling News.

Its goals are three-fold. Firstly, the framework will educate athletes, helping them to recognise symptoms and develop a range of coping strategies to manage physical or psychological distress through educational resources and workshops.

Secondly, it will seek to provide key stakeholders, such as team managers and directeur sportifs, with the tools to better understand, recognise and respond to concerns regarding an athlete’s mental and physical health by establishing an annual conference, training and certification.

Finally, the framework will create a minimum requirement of medical tests that riders must pass before competing, updating the current UCI regulations to cater for female athletes. It will also aim to establish mandatory medical checks for both Women’s WorldTeams and Continental teams to safeguard all riders.

“There are things that happen in the sport, that riders talk about, and that we see, but no one has been able to change. It comes down to putting this knowledge together into a framework and making it an open and transparent discussion. It’s not only for the riders but also for team managers and federations, hopefully, the UCI, and it’s a platform to bring experts together and accelerate research about female athletes,” Slappendel said.

“There are many health areas that are based on men’s cycling that need to be based on women’s cycling. We can change these things together by creating this platform and talking about them, and then we become a catalyst for change. We want to show, by example, how knowledge can be shared in a better way to make the sport healthier as a whole.

“We will try to create events and webinars to pull in experts for riders and team managers and staff members. There are some teams that already have experts on board and there are many teams that do not, and that is partly because of team budget or culture. We want to try to bring teams together and create an educational platform for change, which is a better model and a more constructive way of working. We want to start this conversation with teams and other stakeholders in the sport.”

This initiative is indicative of the wider approach adopted by the TCA since its inception in 2017. Under the directorship of former professional Slappendel, it has sought to advocate for collective change such as the introduction of a minimum wage and paid maternity leave, while also providing support to individual riders through steps such as assisting with contract negotiations.

By working closely with the peloton through rider surveys and a Rider Council that contains some of the sport’s biggest names including Marianne Vos and Ellen Van Dijk, the TCA has already achieved progress in its short history.

On the individual front, it has advised riders how to improve their contract before signing, led a successful arbitration on behalf of a rider against a team and encouraged multiple riders to address misbehaviour at UCI Ethics Commission or National Federation Safe Sport.

Each of these steps, combined with the new Duty of Care framework, creates a safer environment for the women’s peloton.