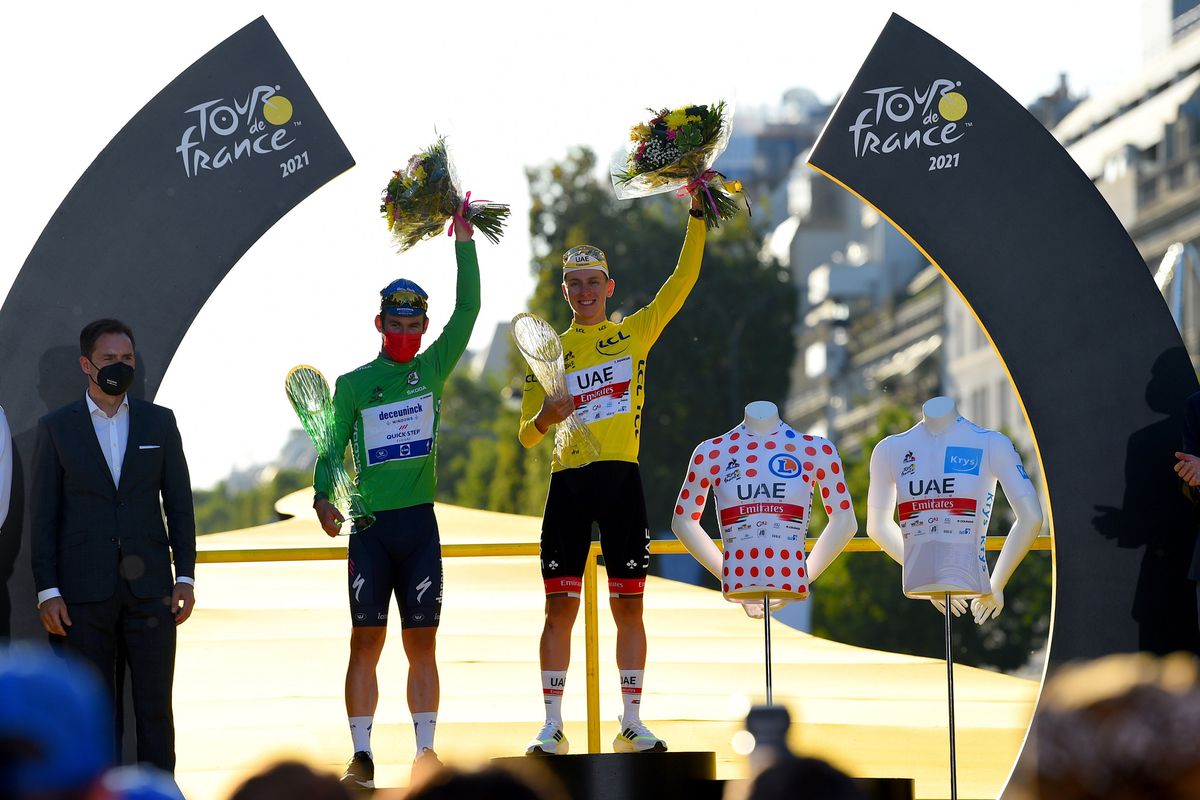 There are four Tour de France classification jerseys awarded after every stage of the three-week race, each recognising different success and talents in the race.

The team classification is also based on time, with the riders of the leading team racing with special yellow numbers (dossards). The most aggressive rider wears a special red number during the following stage.

The most aggressive rider (super-combatif) of the whole race is selected by members of the jury at the end of the Tour de France and is awarded a trophy on the final podium in Paris just like the other competition winners.

The yellow jersey – the maillot jaune

The yellow jersey is worn by the leader of the general classification, the rider with the lowest net time in the race after every stage. The rider who takes it to Paris is crowned the Tour de France winner, the post prestigious success of the men’s cycling season. Tadej Pogačar (UAE Team Emirates) won the 2021 Tour de France. 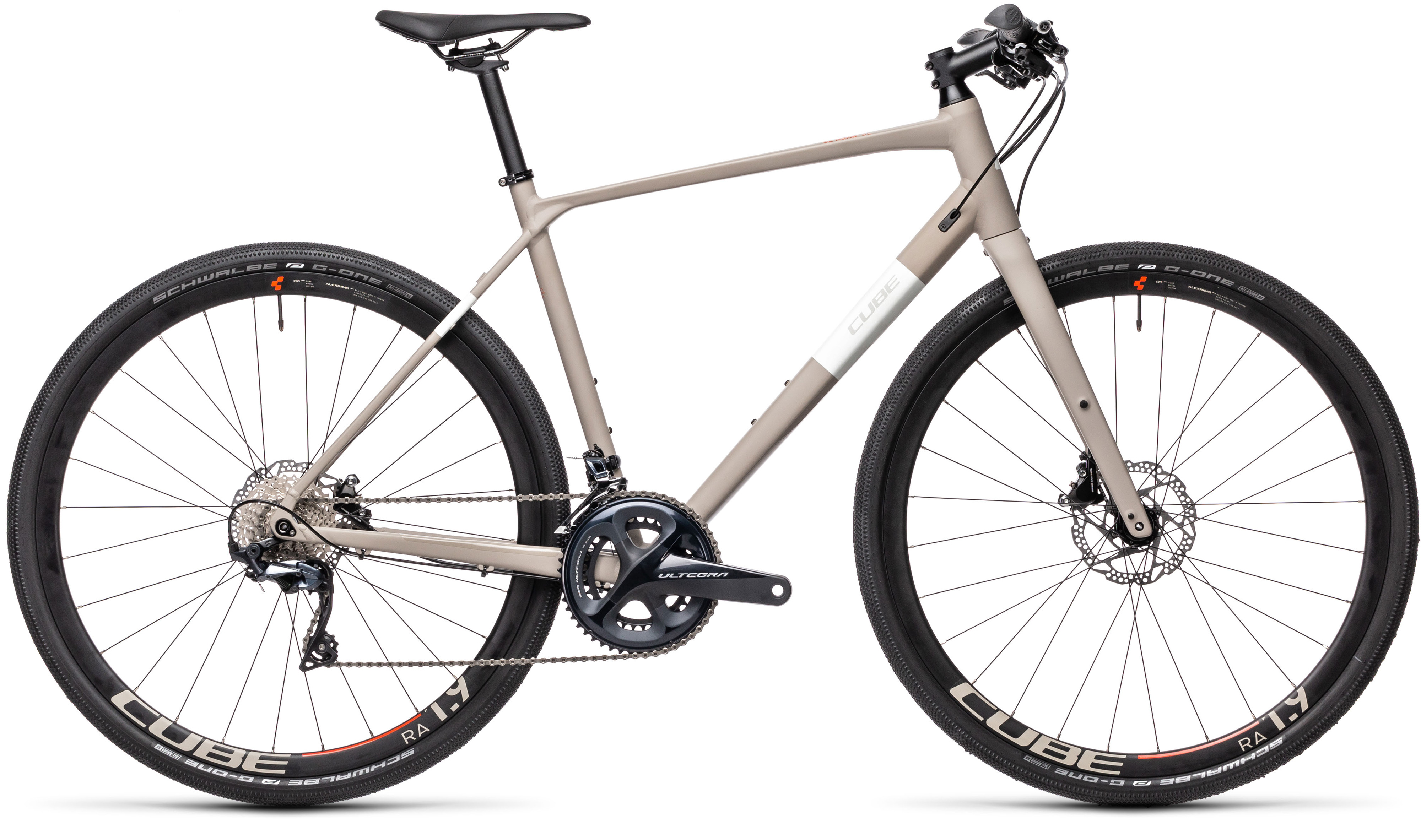 The jersey is yellow because the newspaper that first organised the race, L’Auto, was printed on yellow paper.

The classification is based on the time taken for each rider to cover the 21 stages, taking into account time penalties and time bonuses. In the event of a tie in the general classification, the hundredths of a second recorded by the timekeepers during the individual time trial stages will be included in the total times in order to decide the overall winner. In the absence of a time trial or if the riders remain tied, then the positions in which they finished each stage will be added up and, as a last resort, their finishing position on the final stage will be taken into account.

Bonus seconds are offered to encourage attacking racing and these are deducted for the time needed to cover the stage. Bonuses of 10, 6, 4 seconds are awarded on the finish line to the leading three riders on each stage, excluding time trials.

All riders must finish within the time limit – a certain percentage (ranging from 104% to 120% depending on the stage and average speed) of the stage winner’s time each day in order to continue in the race. This is often a problem for sprinters, domestiques and injured riders when it comes to the high mountains.

The green jersey – the maillot vert

The green jersey is worn by the leader of the points classification. Points are awarded at stage finishes and intermediate sprints (one per road stage).

While the sprinters are the main candidates for the green jersey, it’s the more versatile among them who have the best chance of overall success in Paris. Peter Sagan is one such rider and has won green in seven of the past nine Tours, while Mark Cavendish took his second green jersey last year.

Only riders who complete the entire Tour de France are included in the points classification.

In the event where a rider or riders finish outside the time limit but are reinstated by the president of the commissaires’ jury, they will lose all points awarded to them in the points classification.

Mountain points are on offer at the top of every classified climb, ranging from the hardest – ‘hors catégorie’ – to the easiest – category 4.

In the event of two riders being equal on points, the rider with the most first places at the summit of super-category passes or climbs or summit finishes will be declared the winner.

The white jersey – the maillot blanc

At the end of the Tour de France in Paris, the super combatif prize is awarded to the most aggressive rider of the whole race, selected by members of the jury

The white jersey is worn by the leader of the best young classification. A ‘young rider’ is anyone who was born after January 1, 1996, so anyone under 25. The jersey goes to the best placed on general classification.

The special red number dossard is awarded to the rider deemed, subjectively, the ‘most combative’ the previous day. It is usually the rider most active in the breakaway or someone who shows panache and aggression or even qualities of sportsmanship.

The prize, which is awarded on every road stage except the final one, is decided by a jury presided by the race director. Each stage’s most aggressive rider wears a red race dossard during the following stage.

The race’s most aggressive rider (super-combatif) is selected by members of the jury at the end of the Tour de France.

Wearing the leader’s jerseys is mandatory from the signing-in protocol before the stage start until the post-stage press conference. Skinsuits are provided to the leaders of the various rankings for time trial stages, with special fitting sessions arranged the day before the time trials.

The yellow race number dossard is worn by members of the team leading the teams classification. It is calculated by adding together the times of each team’s three best riders on every stage. Any team reduced to fewer than three riders will be eliminated from the team classification.

Riders can lead multiple jersey classifications but only wear one jersey in the race. There is an established order of priority for the different leader’s jerseys: the yellow jersey, followed by the green jersey, then the red polka-dot jersey and finally the white jersey.

When a rider is leading several classifications, they wear the one designated by the order of priority. The other jerseys are then worn by the riders lying second, third or fourth in the corresponding classification.

SOURCE: CyclingNews   (go to source)
AUTHOR: Stephen Farrand Daniel Ostanek
All copyrights for this article, including images, are reserved to the original source and/or creator(s).