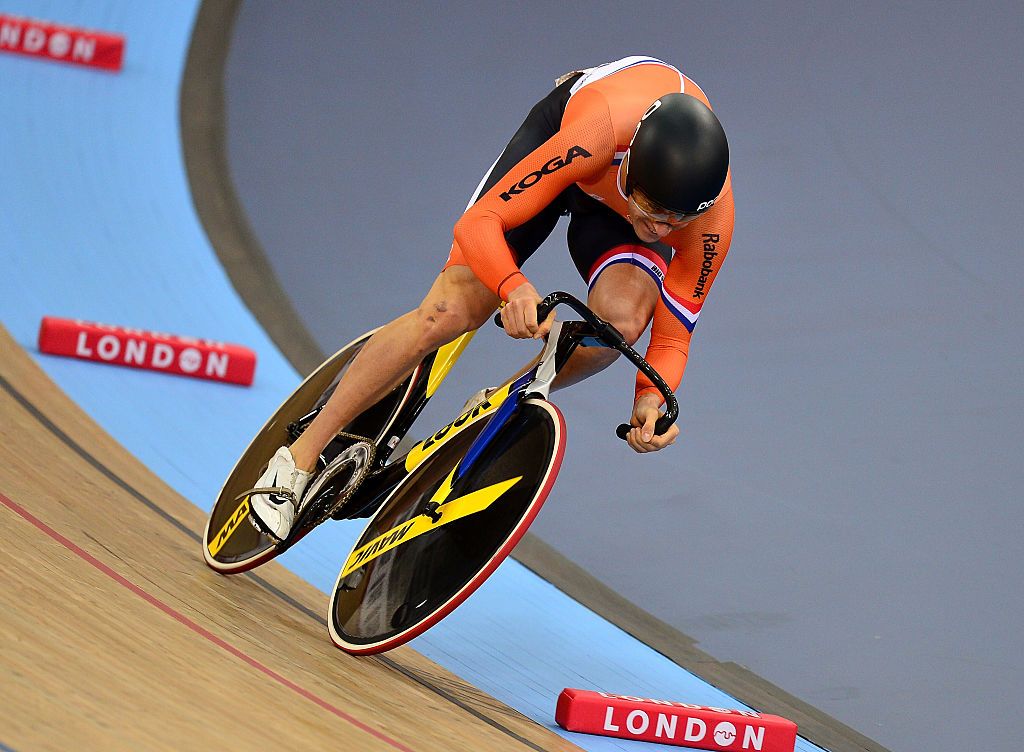 Theo Bos in action in the sprint at the 2016 Track World Championships (Image credit: Getty Images)

Five-time track sprinting World Champion Theo Bos has announced his retirement and revealed he will become a coach for the Chinese track team.

The 38-year-old Dutchman won the national title in the Team Sprint with his Beat Cycling Club teammates in 2017 and then ended his career with a bronze medal in the 1km time trial at the 2018 Track World Championships in Apeldoorn. He will continue working with Beat Cycling as a consultant.

“In recent years I have experienced top sport in quite a minimal way: without pressure, stress or expectations. I was usually still able to get a result but I noticed that it was becoming more and more difficult. When you see how fast people ride nowadays, then I have to be realistic: it’s no longer possible,” Bos said in the In Het Wiel podcast.

Bos dominated men’s track sprinting for a generation, winning five world titles across the Sprint and Keirin events. He won the silver medal at the 2004 Athens Olympic Games. He also enjoyed a successful road racing career between 2009 and 2016 after swapping disciplines, winning 37 races, including a number of WorldTour races.

This year he tried to qualify for a place in the Netherlands team for the Tokyo Olympic Games but was not selected. He also raced in the Japanese Keirin series and opted to coach in China rather than Japan or his home nation the Netherlands. He will soon move to Beijing to start his role, where he plans to coach until the 2024 Paris Olympic Games.

“In China I’ve been given an assignment to rejuvenate and innovate the team. There is so much potential, there are so many resources. There is more to get out of China than what is coming out at the moment,” Bos said.

Bos revealed that his negotiations for the coaching role in China were held during the disappearance of Chinese tennis player Peng Shuai.

“I had a list of pros and cons. How they deal with people there was of course one of the cons. I talked to my new boss about it, but she couldn’t say much about it over the phone,” he said of the Chinese regime’s control of its people.

“I’ve thought about it: if I don’t go, nothing will change. If I do, I probably won’t, but at least I can talk about it with the people around me.

“Can I talk about these things publicly? I don’t know, I’ll see. If I don’t like it anymore, I can always come back. In any case, I want to try not to look at how they are doing there through Western glasses.”