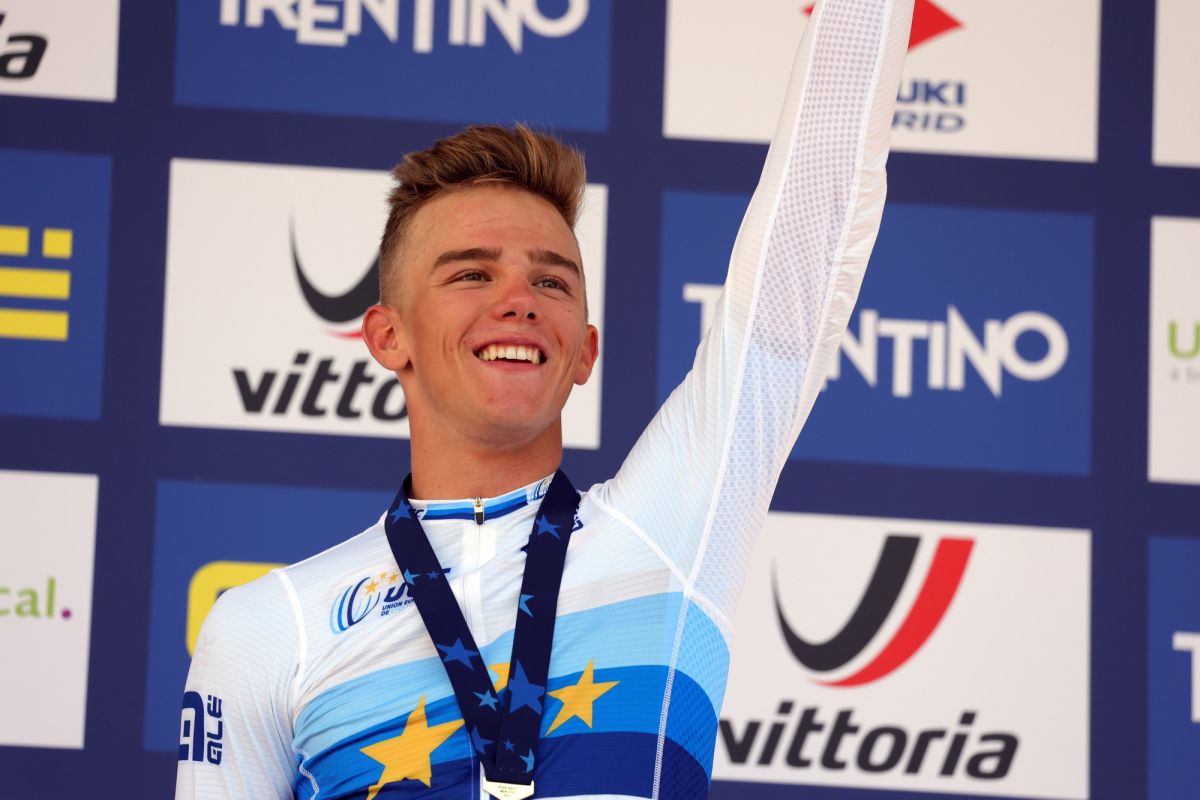 Belgian cyclo-cross racer Thibau Nys (Baloise Trek Lions) will be back in action three weeks after breaking his collarbone in a crash at the UCI Cyclo-cross World Cup in Waterloo, making his comeback at the Koppenbergcross on November 1.

Nys, 18, was due to compete in the full slate of ‘cross races in North America last week before his crash in the opening laps of the opening round on October 10. He instead flew back to Belgium, underwent surgery, and was quickly back on the indoor trainer.

His coach Paul Van den Bosch told Het Laatste Nieuws that Nys’ recovery has been so quick he could have been back for the weekend’s World Cup in Zonhoven.

“The consequences of his fall have passed, there are no more after-effects,” Van den Bosch said. “Still, we built in some caution. And we took the opportunity to further sharpen his base with good, thorough training on the road.”

Nys, the son of ‘cross legend Sven Nys, made a huge impression in cyclo-cross as a junior, winning the 2020 World, European and Belgian Championship titles as well as the Superprestige and World Cup series, taking wins in Iowa, Waterloo, Hulst and Nommay at the age of 17.

During the COVID-19 pandemic season of 2020-2021, most junior and U23 races were cancelled, and Nys’ entry into the elite ranks did not go smoothly. He struggled to finish and did not make the Belgian team for Worlds in 2021.

However, he went on to have a highly successful 2021 summer on the road, taking wins in the Ronde Vlaams-Brabant and Tour de la Namur before winning the U23 European road title and coming sixth at the Road World Championships U23 race.

Van den Bosch still has high hopes for Nys’ cyclo-cross campaign despite the setback in Waterloo.

“Although Thibau missed two crosses, he was back on his bike four days after his surgery and was able to complete a solid week of training while other riders recovered from their American jetlag. He will also be able to build up further in the coming week.

“The lack of race rhythm could hinder him on the Koppenberg, but with his solid base I see him paying off in the long term.”

After being denied selection last season, Belgian national coach Sven Vanthourenhout says Nys has nothing to worry about this year.

“For me, he didn’t even have to race the Koppenbergcross to be sure of his European Championship ticket,” Vanthourenhout said. “Okay, he was out for a few days after that fall. But maybe that wasn’t bad after his busy summer and that will make him digest the sudden switch to the ‘cross even better now.”