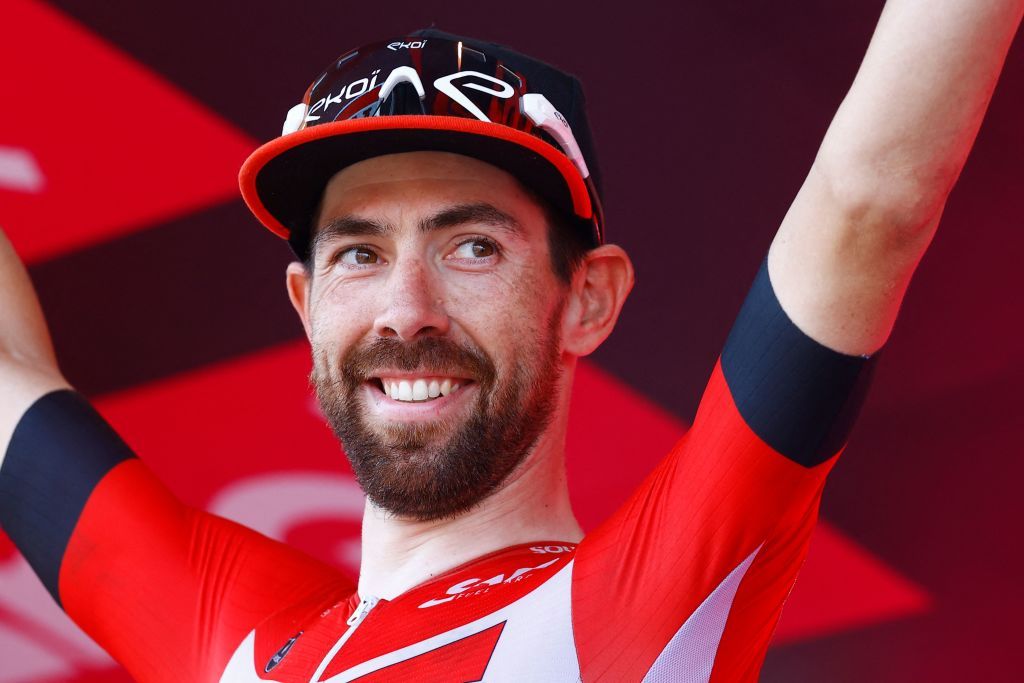 In early August, Thomas de Gendt (Lotto-Soudal) would usually still be taking a breather after the Tour de France before resetting his motors for the autumn and a crack at the Vuelta a España. But not this year.

Having won a stage of the Giro d’Italia in Naples spectacularly this spring, the veteran Belgian breakaway specialist subsequently missed out on the Tour de France and is now in the throes of tackling the Tour de Pologne.

For the 35-year-old, the race constitutes a path less known for his autumn build-up. In his 16 years as a pro, he’s started 22 Grand Tours, including seven editions of the Vuelta a España, but he’s only raced Tour de Pologne twice. And his July has been different to almost anything he’s done in a decade.

“I’ve had a competition break since the Tour de Suisse with two weeks rest and then I did a three-week altitude camp,” De Gendt told Cycling News at the start of stage 1 of the Tour de Pologne.

“So I don’t know how the form is, this race is a build-up to the Vuelta and that’s a more important goal at the end of the season, so now the next step is just to get into the rhythm.”

Given his only two previous participations in Tour de Pologne were in 2020 and 2014, the former blighted by Fabio Jakobsen’s terrible accident and the latter memorably wet and crash-ridden, it’s maybe logical that De Gendt says that he knows the race is “nervous all the way through”.

That is par for the course for a hilly, punchy race that’s traditionally decided by narrow margins.

“So it will be very nervous the whole week for gaps, splits and all these things. And crashes happen.”

On top of which, “It has been dry the last month here, our Polish teammate [Kamil Malecki] told us. So as we’ll get the first days of rain here this week, it’s going to be very slippery for sure.”

Indeed on Saturday’s stage, it rained mid-way through, and at the end of the day, there was a major crash, fortunately without too many reported injuries. However, crashes or no crashes, the second half of the season, with the Tour not on the program, is a new chapter for De Gendt.

“It’s different to other years, because the last seven years I’ve done the Tour, so this is a totally different approach to the Vuelta, also,” De Gendt said. “The Vuelta was always something I just did extra because I don’t have many other races that suit me, but now the Vuelta is more of a goal like the Giro was.

“So it’s a different approach and I don’t know how my body will react to the training camp at altitude. And I skipped the National Championships and I’ve never done a rest period at this time of year, so I hope it benefits me at the end of the season and I’ll be a bit fresher, not so mentally fatigued, thanks to these two weeks off the bike and the roads.

“So I don’t know how it will be. But I’m looking forward to seeing how I get on at the Vuelta and how my body reacts to this.”

One point of reference is previous results, and De Gendt last rode the Vuelta as part of a three-Grand Tour ‘challenge’ in 2019. Perhaps more relevant to this year, he’s also won the King of the Mountains ranking there in 2018, his only classification win in a Grand Tour, and a stage in Asturias in 2017.

Lotto-Soudal are immersed in the fight to remain in the WorldTour and, as things stand, they are running 19th, one spot short of ‘salvation’. De Gendt says that inside the team, rather than get overly fixated on it, “we just try and win races. If we win races we take points away from other teams as well. If they start winning as well we have a problem.”

However, he adds that they are keeping a broader perspective on the whole question.

“It’s not like we’re trying to get three guys inside the top ten of each one-day race, which would give us the most points. Instead, we’re trying to win it with guys like Caleb [Ewan] or Arnaud [De Lie] or whoever is there.

“We’re still aiming for race wins and we’ll have to see if it’s good enough to stay in the WorldTour or not. But we can only train and do our best in the races and then we’ll see.”