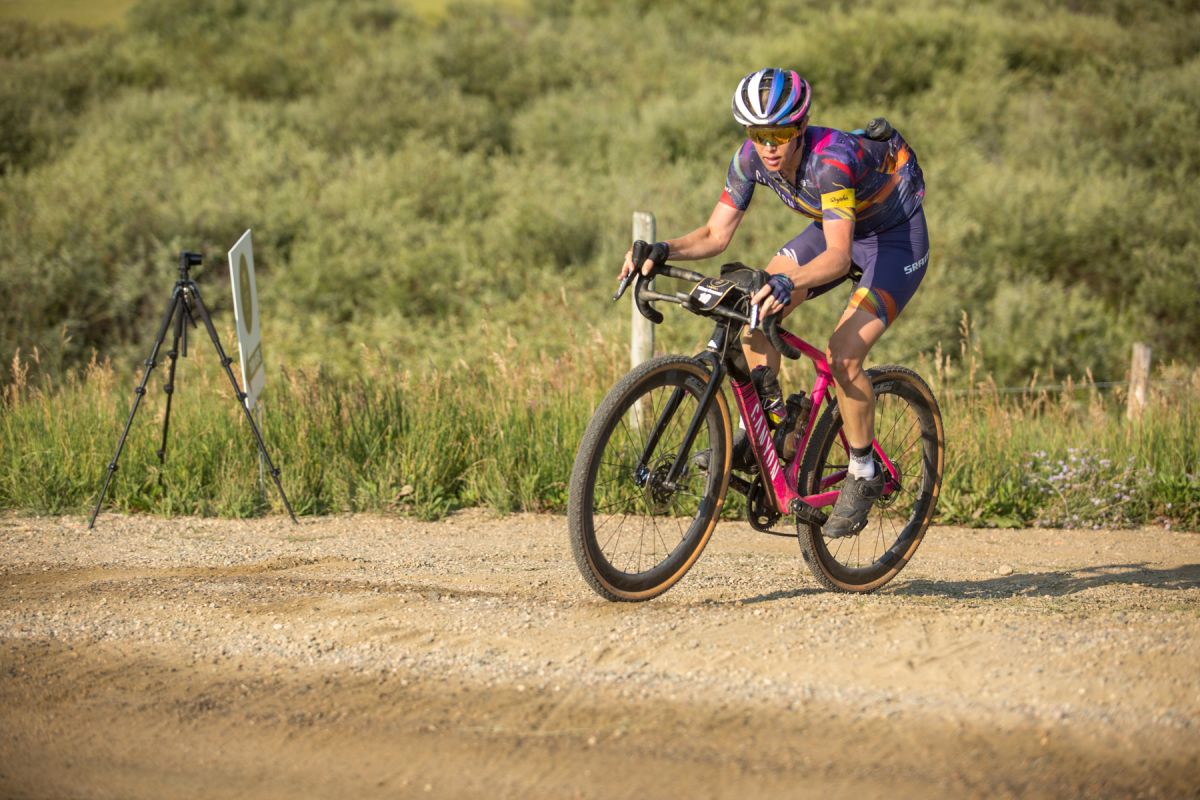 Tiffany Cromwell had her first taste of full-on gravel racing at the SBT GRVL in Steamboat Springs, Colorado on Sunday in what she said was a ‘brutal’ but ‘fun’ experience. The Canyon-SRAM rider finished eighth place in the 144-mile race (232 kilometres) and said she aims to build strength and endurance to be more competitive in the off-road discipline.

“I need the extra endurance [training],” Cromwell told Cycling News. “I came off the back of the Giro d’Italia Donne, where there is endurance, and then the Olympics, but that was really four hours of riding. I would need to do more like five, six and seven hours of riding to build strength and endurance for the longer races.”

Lauren De Crescenzo (Cinch Cycling) took a solo victory at the SBT GRVL crossing the line alone in six hours and 45 minutes. US road champion Lauren Stephens (TIBCO-Silicon Valley Bank) finished second place 10 minutes behind and Flavia Oliveira (Abus Pro Cycling) was third, crossing the line another four minutes back. Cromwell, who finished in seventh place in seven hours and 32 minutes, said that she was impressed by the podium finishers’ ability to muscle through the 144 miles so fast.

“People are still pushing all the way to the end, so for these riders to hold on and sustain the gaps, that’s big respect,” Cromwell said.

“Lauren De Crescenzo won Unbound, too, which was supposed to be my first race. After doing SBT, I’m happy that Unbound wasn’t my first gravel race. They are all super strong women, and you have to be strong like a diesel.”

Cromwell had initially planned to breathe new life into her decade-long road racing career with a full calendar of gravel races this season. A strong Spring Classics campaign with Canyon-SRAM, however, led to a surprise selection to the Australian team for the Tokyo Olympic Games and she then rearranged her calendar to pick up her gravel racing plans post-Tokyo.

Cromwell chose to begin gravel racing at SBT GRVL, an event that she participated in previously on the shorter blue course. This year, she registered for the marque black course, with its daunting 144-mile distance that included 9,400 feet of climbing and more than 100 miles of gravel sectors.

“It was harder than I was expecting, particularly with the mass start of 700 people doing the black course, but I was at the front row for the start, so that was good. I thought I would take it steady for the first bit of the 230km race and hang on for as long as possible, but no, it was full gas right out of town, and that was surprising,” Cromwell said.

“The length was a big mental game because I’ve never raced or trained that distance. There was one longer sector that the black course does which was hard, sandy and gravel for 10km dragging up a little climb, and I was alone thinking I wouldn’t make it at about 160km, with 70km to go, so that was the hard part.”

Cromwell also pointed to the technical sectors as being a challenge, and that it took a while to get into the rhythm of the various terrain.

“The more technical sectors were hard, and my technical skills aren’t too bad, but getting the feel of the bike on softer gravel with other people was hard. It’s hard to see what’s coming up in a group with so many people in a group with mixed skills. The sandy sections were hard because you need power to get through those. The constant vibrations over different terrain, gravel, single trail, tarmac and sand,” she said.

Tactically, Cromwell said it was a challenge to gauge where she was on course in relation to her competitors because of the mass-start where many of the female riders wound up in different groups spread out along the route. In addition, stopping at the rest and refuel stations made it difficult to know who might have passed or who stayed longer.

“I had no idea, to be honest, where the other women were on course. My strategy was to hold onto the front group for as long as possible, and I think that’s the same for most of the riders. At any given time, I had no idea where I was and I assumed I was in around the top 10,” Cromwell said.

“I utilised the faster sections and groups where I could, and just tried not to get caught. There are little races within the event, but at the end of the day, you don’t really know where you’re sitting.”

As for road racing, Cromwell said that after a successful season, she aims to bring her top form into GP de Plouay on August 31, Challenge by La Vuelta from September 2-5 plus is aiming to compete at the World Championships from September 19-26 and Paris-Roubaix on October 2.

“Having a strong start to the season on the road has given me more motivation to get back up to the top, to get results and be a strong teammate. I won’t push the road racing away and I have goals for the next years,” Cromwell said.

“I still like having the gravel idea to break up my racing a bit and to have some fun and do something different. I get a huge benefit from riding on the gravel in terms of strength and endurance.

“I might rethink how many gravel races I do, and when, but it would be nice to do a block of road and then a gravel race, for example, that would be good. I’ll need to sit down with the team to see what the best options are for gravel.”