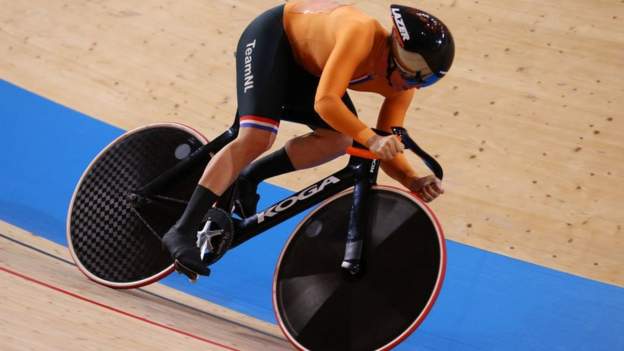 Dutch rider Shanne Braspennincx won Olympic gold in the keirin – six years after suffering a heart attack and not knowing if she would compete again.

Braspennincx missed the Rio Games five years ago with her future in doubt.

When she fell ill in Colorado in 2015 she believed her career was over, after needing surgery to widen a blocked artery and having a stent fitted.

“I thought [I’d have to retire], a heart attack isn’t like something you have when you are an athlete,” Braspennincx said.

“It was a long six months to see if I was able to get the green light to be an athlete again and even when I did it was not smooth sailing to get back to my old level and to get the trust back in my body because that had left me.”

Of her victory, Braspennincx said she did not overthink the job in hand.

“It was pure instinct. That’s how I do it since I race keirin, I listen to my gut feeling,” she said.