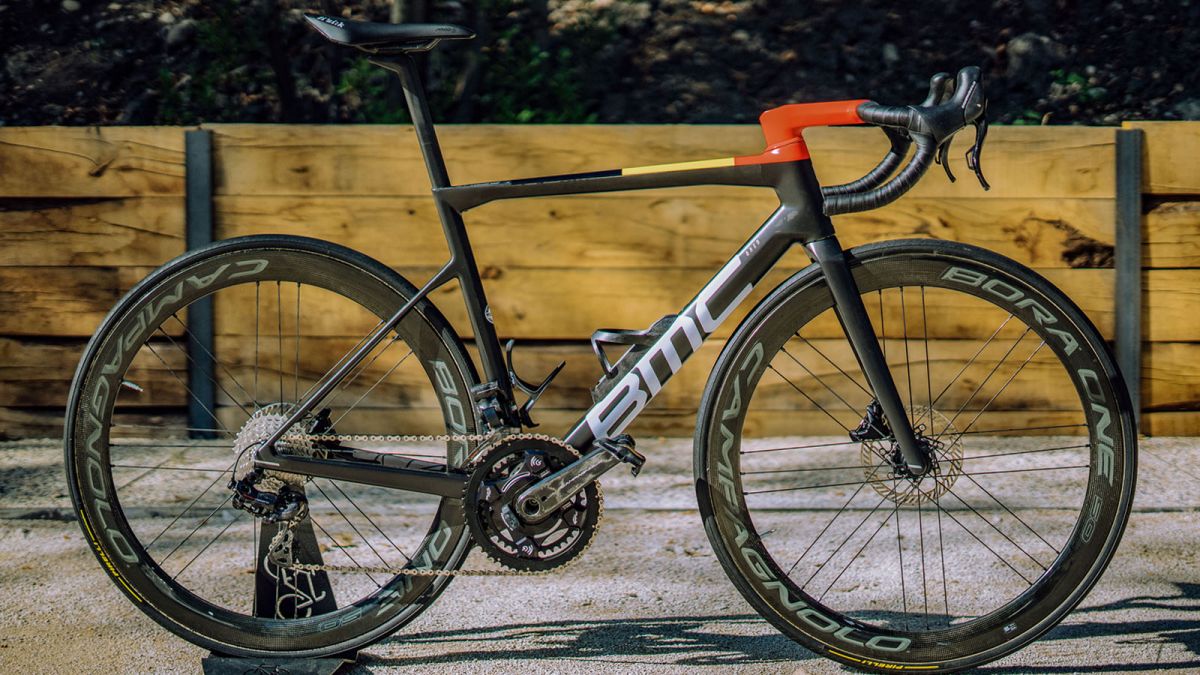 When Greg Van Avermaet lines up on Saturday’s Olympic Games men’s road race, he will do so as the reigning champion, having won the event at the 2016 Rio Games.

He rides for AG2R Citroen, a team sponsored by BMC and Campagnolo among others, so he will take to the start line aboard this, the BMC Teammachine SLR 01, complete with a design focussed around the flag of Van Avermaet’s home country, Belgium, along with his first name on the down tube.

Thanks to a COVID-affected 2020, Van Avermaet has held the title for a year longer than he ever expected – the 2021 season is his fifth in gold – yet despite nobody ever winning two men’s road race gold medals back to back, Van Avermaet is in Tokyo and ready to earn another three years as Olympic champion.

In Van Avermaet’s time as Olympic champion, it’s become an ever more common practice for teams and sponsors to commemorate the titles their riders may have won. National titleholders often get custom painted bikes to go with their national jerseys, for example. And as a result of his victory in Rio, Van Avermaet has spent the past five years accessorised in gold in varying ways.

Over the years, we’ve seen a golden BMC when he rode for BMC Racing, there was a gold Giant TCR during the 2020 season, and even into the 2021 season, his return to BMC saw even more gold, as he was given a golden accented Teammachine SLR01. But that’s not all, aside from the bikes, there have been countless golden touches made to his kit and his accessories.

His Olympic bike has been kitted out with Campagnolo’s Super Record EPS 12-speed groupset and Campagnolo Bora One tubular wheels, which are wrapped in Pirelli P Zero tubular tyres. It’s been fitted with the Vento Argo saddle and Vento Microtex bar tape, both from Fizik. The cockpit is the ICS Carbon, a system designed proprietary to the BMC Teammachine, likewise the seatpost. However, despite using one of the integrated bottle cages designed by BMC, he’s swapped out the seat tube mounted bottle cage for the lightweight Elite Leggero Carbon.

Upfront, he’ll use the BMC-supplied integrated out-front mount, on top of which he’ll fit a computer from Wahoo – although it’s not yet known whether he’ll go for the Elemnt Bolt or the Elemnt Roam.