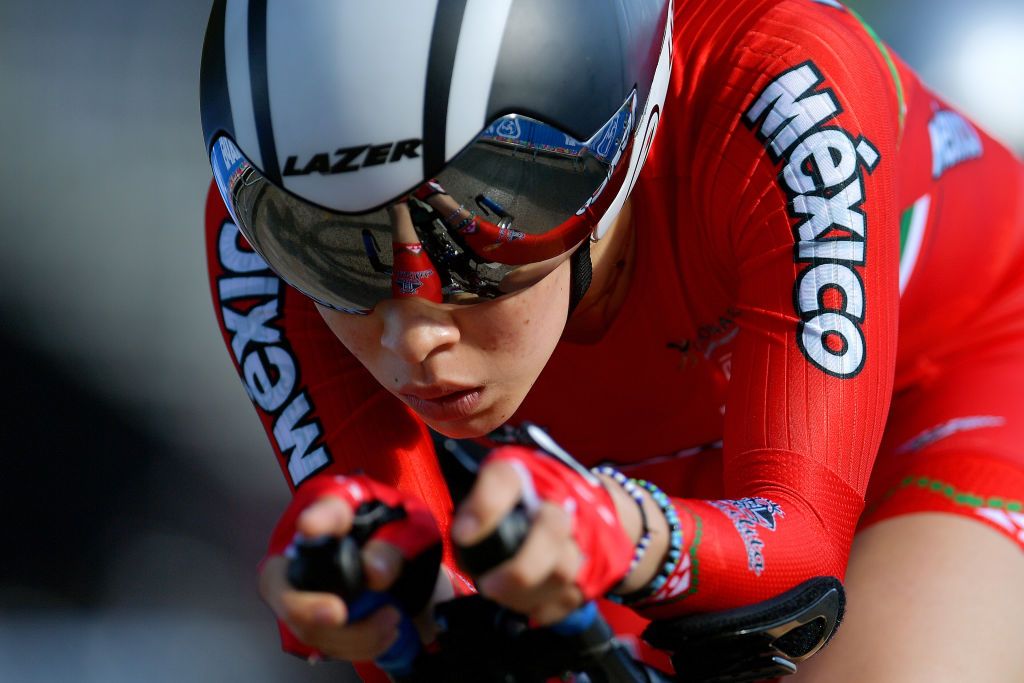 Less than a week before the start of the women’s cycling events, Mexico has be forced to withdrawal from two spots and remains at risk of losing a third at the 2020 Tokyo Olympic Games.

The Mexican Cycling Federation have placed themselves in a predicament, having chosen two athletes for both the women’s Omnium on the track and the individual time trial events without the qualifying UCI points needed to participate.

It was announced Wednesday, by the Mexican Olympic Committee that both cyclists chosen to compete, Yareli Acevedo (individual time trial) and Victoria Velasco (Omnium), were forced to withdrawal after notification from the UCI.

“Victoria Velasco and Yareli Acevedo were made to withdraw from the Mexican delegation participating in the Tokyo Olympic Games, due to a misinterpretation in the classification process in the discipline by the Mexican Cycling Federation,” the Mexican Olympic Committee said in a statement posted on Instagram stories Wednesday.

“Velasco, who was registered to compete in the women’s omnium event, will not attend because she accumulated the required points outside of the established time in the international ranking to obtain her place. In regards to Acevedo, she was slated to participate in the time trail but was rejected once the federation registered her, despite not having the minimum points required to compete in Tokyo.”

In late May, the Mexican Cycling Federation’s announcement of the athletes selected to compete at the Tokyo Olympic Games sent shockwaves in the Mexican cycling community because some athletes that were eligible to compete were replaced in the final selection.

Jessica Salazar and Yareli Salazar (no relation), were both eligible to compete in the Tokyo Olympic Games, and had originally been selected to the team; Jessica Salazar for the sprint events on the track and Yareli Salazar for the Omnium. However, both later learned that they would be replaced by Yuri Verdugo (sprints) and Victoria Velasco (Omnium).

Since then, tensions have been rising between the athletes and the federation in the country.

Yareli Salazar is a specialist in the Omnium and had originally been told in the spring of her selection to the team. After learning of her replacement, she opted to race the Mexican Road Championships and won. As a result of her victory, she earned the sole spot available to Mexico in the road race but was not selected for the time trial despite having the right and qualifications to compete in both events.

Jessica Salazar had been slated to compete in the track sprint competitions, alongside Daniela Gaxiola. The track veteran is a multi-time Pan American Champion in the event, as well as the 2016 World Record holder in the 500m time trial. The Mexican Cycling Federation chose to keep Jessica Salalzar at home in Mexico and register her as an alternate in the Omnium, an event she does not race nor train for.

“It has been one month since I learned from the Olympic Committee that I would not be competing in the Tokyo Olympic Games,” Jessica Salazar said in a video statement.

“Yesterday, I learned through the comments made on social media by the Mexican Olympic Committee, that I would be competing in the Omnium. I would like to clarify that I was not notified personally or formally at any moment of this. In regards to the event in question, I cannot within my own ethics as an athlete and out of respect for my country and teammate Yareli Salazar, who is qualified, compete in this event.”

Mexican Cycling Federation did not respond to Cycling News’ email request for comment.

SOURCE: CyclingNews   (go to source)
AUTHOR: Rebecca Reza
All copyrights for this article, including images, are reserved to the original source and/or creator(s).

Geraint Thomas: We have no egos in the Olympics team