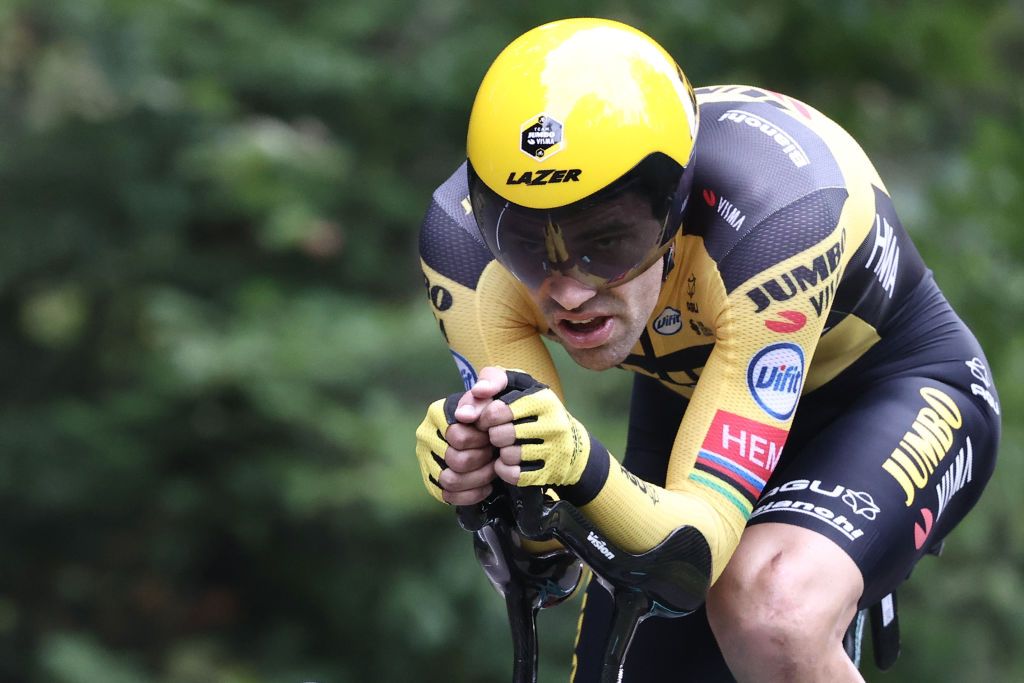 What a difference a year makes. It was in December 2020 that Tom Dumoulin decided to stop racing altogether. He said he was ‘mentally and physically tired”.

When he returned, he made a statement by winning a silver medal in the individual time trial. He had trained for three months to take the victory, but that honour went to Jumbo-Visma teammate Primož Roglič, who earned Slovenia’s first gold medal in cycling.

Dumoulin tipped his cap to Roglič on that podium presentation in Tokyo, and now attributes much of his renewed outlook to earning a living on a bike to his Jumbo-Visma teammate following their time together at team camp from December 13-21 in Catalonia.

“I love talking with Primož. When you talk to him about your problems, he really listens. I’ve never seen him judge anyone. He gives his feelings, talks about his experience,” Dumoulin related to L’Equipe about his takeaway from camp.

“I want to see it now as an adventure, a story that I write, for me and for me alone. Something that you are lucky enough to experience only once in your life and of which you have to accept the best and the worst.”

The Dutch rider on a Dutch squad is ready for a return to a full season of racing, and even competing in Grand Tours again. He only raced 19 days in 2021, most of his time off with the personal break.

“I spent a large part of the 2020 season mentally and physically tired. I could no longer recover and, when I arrived at the start of the year, I was trapped,” the 2017 Giro d’Italia winner and former world time trial champion told L’Equipe. “I just couldn’t get over it and had to make this decision to quit in order to have the necessary perspective and find a way to function differently.”

Dumoulin had won a silver medal at the Rio Olympic Games, so his only objective was to go one better in Tokyo. He admitted that the only reason he was not severely disappointed was that it was Roglič who took the gold.

“If I had been able to choose by whom to be beaten, I would have chosen Primož. He is a kind of example for me,” he admitted.

Even after the Olympic Games, Dumoulin faced another career setback with a fractured wrist that required surgery after he was hit by a car near his home in the Netherlands. This forced him to miss the World Championships in Flanders and end his season.

But he is back with new fitness a new outlook, thanks to Roglic, saying, “What he told me will help me to live the rest of my career.”

Dumoulin has not ridden a Grand Tour since 2020 when he finished seventh overall at the Tour de France and then abandoned the Vuelta early due to fatigue. He could ride either the Giro or the Tour next year, and could be tempted to double-up with a ride at the Vuelta, since it starts in the Netherlands with three stages and has both a team time trial and an individual time trial across the three weeks, where he can take back time that might be lost on mountain stages.

“One thing is certain is that I will continue to aim for the general classification in certain races,” Dumoulin said.

Jumbo-Visma is one of four WorldTour teams recently confirmed to take part in the Volta ao Algarve, February 16-20.