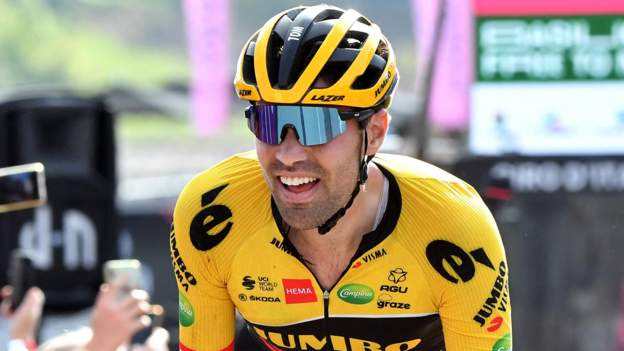 Tom Dumoulin has four individual stage wins at the Giro d’Italia, three at the Tour de France and two at the Vuelta a Espana

Former Giro d’Italia champion Tom Dumoulin has announced he will retire from professional cycling after the 2022 season.

The Dutch rider, 31, won the Giro in 2017 and the world time trial title in the same year.

Dumoulin said in January 2021 he was taking an indefinite break from cycling before returning five months later.

On Friday, he wrote on social mediaexternal-link that he planned to take “a new and unknown path”.

“For a while now there has been a disbalance between my 100% dedication, everything I do and sacrifice for my sport and what I subsequently get out of it in return,” he said.

“With a lot of patience and a very cautious [training] approach, I’m convinced that I could get back to my full potential on the bike.

“But that would be a long and patient road with no guarantee of success. I choose not to take that road, but to quit my active cycling instead and to take a new and unknown path.”