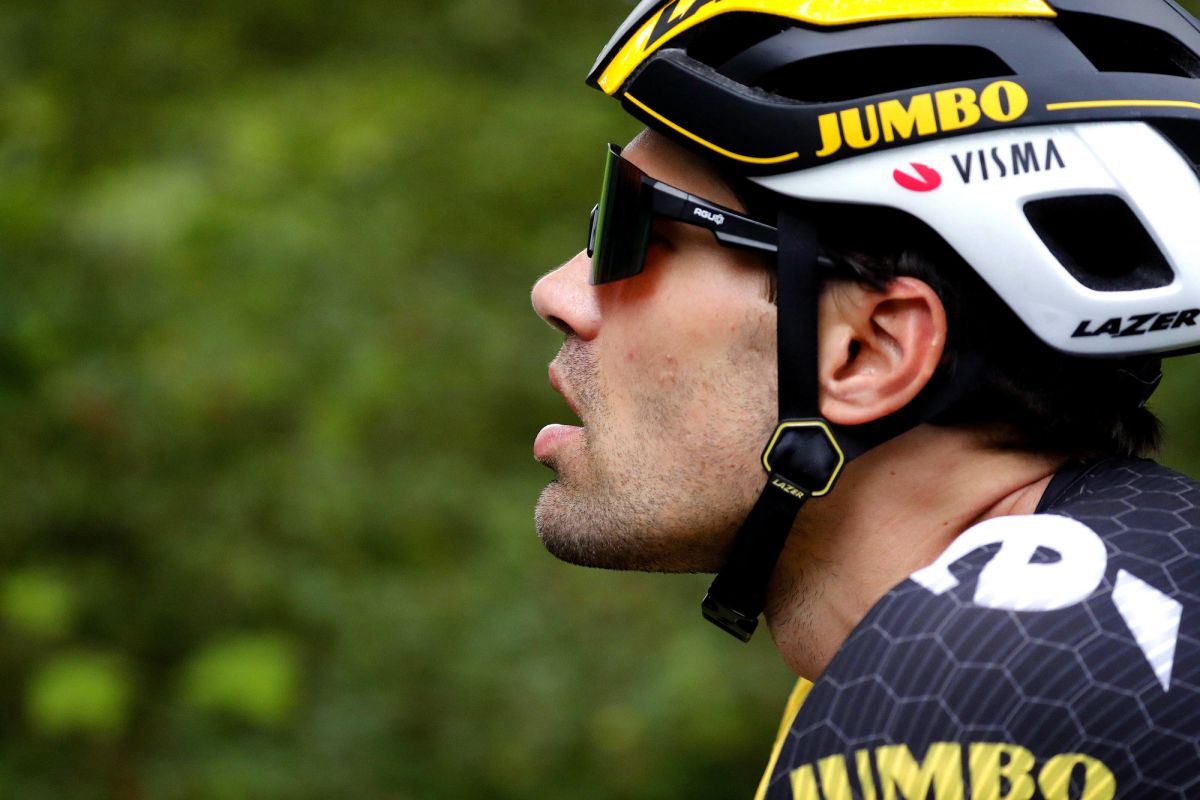 Over the coming weeks Jumbo-Visma will confirm their plans and their line-ups of the Grand Tours, and while leadership at the Tour de France is likely to revolve around Primož Roglič and Jonas Vingegaard the role of Tom Dumoulin is not yet set in stone. What is clear, however, is that the Dutch team still considers the 31-year-old a Grand Tour contender.

Dumoulin missed out on competing in a three-week race in 2021 after he paused his racing career in the first half of the season, but the 2017 Giro d’Italia winner came back and took a silver medal in the time trial at the Tokyo Olympics. When the Tour de France route came out in October team boss Richard Plugge hinted that Dumoulin might return to the race in 2022, and while that’s still the case the team seems to also be considering a leadership role for Dumoulin in either the Giro or the Vuelta a España.

With such a strong Grand Tour roster on their programme the team certainly has options and in the next fortnight the management, coaching staff, and riders will formulate their plans for the coming year.

“It’s an interesting process. Of course, Tom had that injury and the end of this season. He went for a vacation but now he’s back in training and we’re in the planning process. For us, we see Tom as a Grand Tour contender as well,” head sports director Merijn Zeeman told Cycling News from his home in the Netherlands.

Zeeman helped bring Dumoulin to Jumbo-Visma in 2020 and stood by the rider when he decided to take a much-needed break from the sport last year. Zeeman allowed Dumoulin to return at his own pace and together the pair reaped the rewards in the second half of this season. Zeeman seems to have his finger on the pulse when it comes to working with Dumoulin and understanding the rider’s needs and capabilities.

“He’s made a huge personal development and he’s got a really clear picture now on how he wants to work and how he wants to handle all the things in his sporting life,” Zeeman said.

“That’s a new step for him, but as a rider, for me, he’s still got the same qualities that he had before his break. He’s a really good GC rider in week-long stage races but also in Grand Tours. He also has a really strong time trial and great strength in the mountains. It’s what we’ll discuss in December, and we’ll also discuss all the objectives that he will have in 2022.”

With Roglič and Vingegaard likely to slot into leadership roles at the Tour one of the primary questions facing Zeeman and Dumoulin is whether to send the Dutchman to the Tour. Such a plan would certainly bolster the squad’s capabilities as they look to challenge UAE Team Emirates and Ineos Grenadiers, but it would also dilute Dumoulin’s position as a central leader – at least from the outset of the race. There could be a scenario in which Dumoulin leads at another Grand Tour and puts his efforts into supporting the rest of the team in July.

“We need to talk but does he want a role next to Roglic, for example, or does he want the sole responsibility in a Grand Tour? Does he want to have a sprinter next to him? There are all these things that we need to discuss. We see him as a very important GC rider.”

Roglič will head to the Tour in 2022 after crashing out this year. With the race starting in Denmark and after claiming second in 2021, Vingegaard is likely to get the nod too. Whether he starts on an equal billing to Roglič has yet to be determined but it’s likely that he will be a protected rider during the first week.

“That’s still in the works but everyone knows that for Jumbo Visma the Tour de France is the most important race of the year. That means we want to plan a team that’s as strong as possible. I’m not saying that Primož and Jonas will lead the team in the Tour de France but everyone who follows cycling knows that such a choice wouldn’t be such a massive surprise but we’ve not made a final call yet. We’ll talk to all the coaches in two weeks and then with the riders in December. We’ve had several talks so far with Primoz and Jonas, and they’re both ambitious and for the Tour, so it would be logical, but we’ll make the final call in the coming weeks.”

What’s a little less clear is the leadership for the Giro d’Itaila in May. The lack of time trial kilometres certainly edges the race route towards the pure climbers but according to Zeeman several potential leaders have put their hands up and asked about the chance of leading the team.

“It’s a luxury to have such good riders but on the other hand, it also takes a lot of talks and team dynamics to focus on our goals. We’re not there yet with the Giro and we have a group of riders with Roglič, Vingegaard, Dumoulin, Dennis, Foss, Kruijswijk, and there aren’t many time trial kilometres in the Giro so it could be interesting for Kuss but what I hope is that everyone is enthusiastic for that race.  A lot of riders have asked me if they can go there, and that’s a good sign. It’s the same with the Vuelta, which starts in Holland and has the team time trial.”

On December 23, when the team hold their presentation in Amsterdam, all the leadership answers will be answered but until then Zeeman has some good but difficult choices to make.