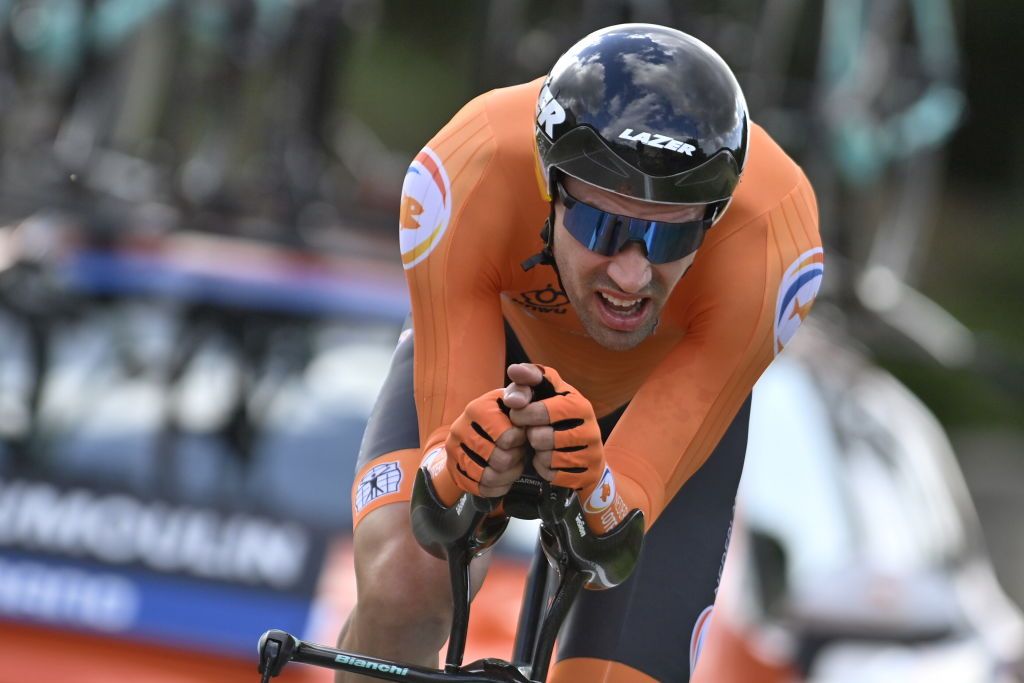 Although Jumbo-Visma have already confirmed that Tom Dumoulin will not ride this year’s Vuelta a España, the team do expect to see the Olympic silver medallist line up for a number of races, including the UCI Road World Championship, before ending his 2021 season.

Dumoulin, 30, took a break from competition at the start of the season due to personal reasons. The hiatus, which centered on his need for space from the pressures of elite sport, lasted until June and while he has eased back into competition since then, his team have been wisely inclined not to burden the rider with huge expectations.

He did not ride the Tour de France and instead made the Olympics the centrepiece to his season, and in the coming days the former Giro d’Italia winner will sit down with his directeur sportif Merijn Zeeman to discuss next steps of his career and season.

“One thing that’s decided is that he won’t ride the Vuelta but we will find some other races that are good for him. We’ll inspire him to do some nice races but obviously the World Championships are important for him as well,” Zeeman told Cycling News.

“We have to see what sort of options there will be but the COVID regulations are part of it. For example, we hope that the Tour of Britain takes place. Tom will not do this race but we’ll go there with Wout van Aert. We’ll take a look at the whole picture and then finalise.”

Zeeman has always stressed that Dumoulin needed to have the maximum level of input into his own programme as possible.

The pair worked on a pre-Olympic Games schedule that included the Tour de Suisse and the national time trial championships, which Dumoulin won. For Zeeman, the priority at this point has been to ensure that Dumoulin’s passion for racing has returned and that the rider has the right balance on being an athlete and being an individual.

“He’s given the signal that he enjoys cycling and that he wants to do a programme after Tokyo,” Zeeman told Cycling News.

“That’s step one. Then we’ll hear his ideas and what ambitions he has. He has been rock bottom and the most important thing is that he doesn’t get to that again. We adapt as a team to his ambitions and there are multiple options. We can go in any direction but the only thing is that he’s happy in what he’s doing, and then he can go and get results.

“That’s the key to find the best possible programme and fit for him. The most important thing is that he combines happiness with being an athlete. That’s how we try and work with all our riders. Tom learned a very important less and from now on we’ll keep working on this path in the future.”

Zeeman was taken aback by Dumoulin’s decision to take a break from the sport. Just days before the team had broadcast their Tour de France line with Dumoulin firmly entrenched in their eight-man line up.

The news of his immediate departure from the team camp at that time and his break not only gave Dumoulin time to ponder but Zeeman too.

“Good managers learn everyday and I learnt a lot from this case,” he added.

“Every athlete is different and if you want the best from their potential then you need to look at each rider differently. That’s the core of how we work, we make the athlete the centre of everything. If you have a situation where the athlete doesn’t believe in what they’re doing, then the outcome won’t be success, it will be frustration.

“We’ve learned that and Tom is proof that we create independent athletes who make their own choices. If they’re young you need to let them own their own development. And with Tom we let him take a step back and explore his programme. That’s why it’s really his success, this silver medal. We’ve been behind him but Tom really took things in his own hands and it’s a big compliment for him.”