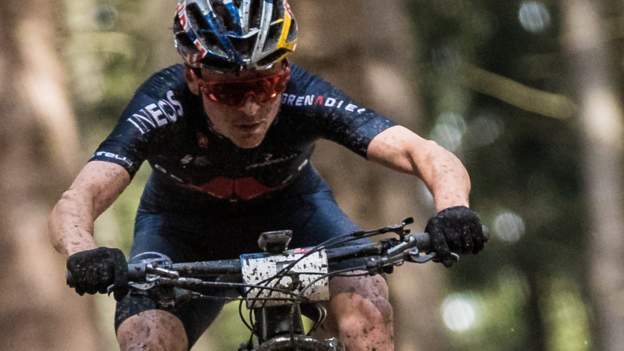 It is the first World Cup victory for a British man since 1994.

“I think I was born to do mountain bikes. It sounds stupid but it’s what I’ve done since I was little and what I’ve enjoyed the most,” he said.

“Coming here and winning an elite World Cup – at my second attempt but a first attempt with a level playing field [he started on the ninth row in his only other event] – is pretty insane really.”

It was revenge for Ineos Grenadiers rider Pidcock after he was beaten into second by Dutchman Van der Poel in Friday’s short-track event.

Pidcock, who has also been competing on the road for Ineos this season, now faces a wait to find out if he can race at the Tokyo Olympics, where he would be among the medal favourites.

“I’m certainly in great shape. I’m going to take a break now and build hopefully towards the Olympics. I think I’ve shown what I can do on a mountain bike I guess,” Pidcock added.