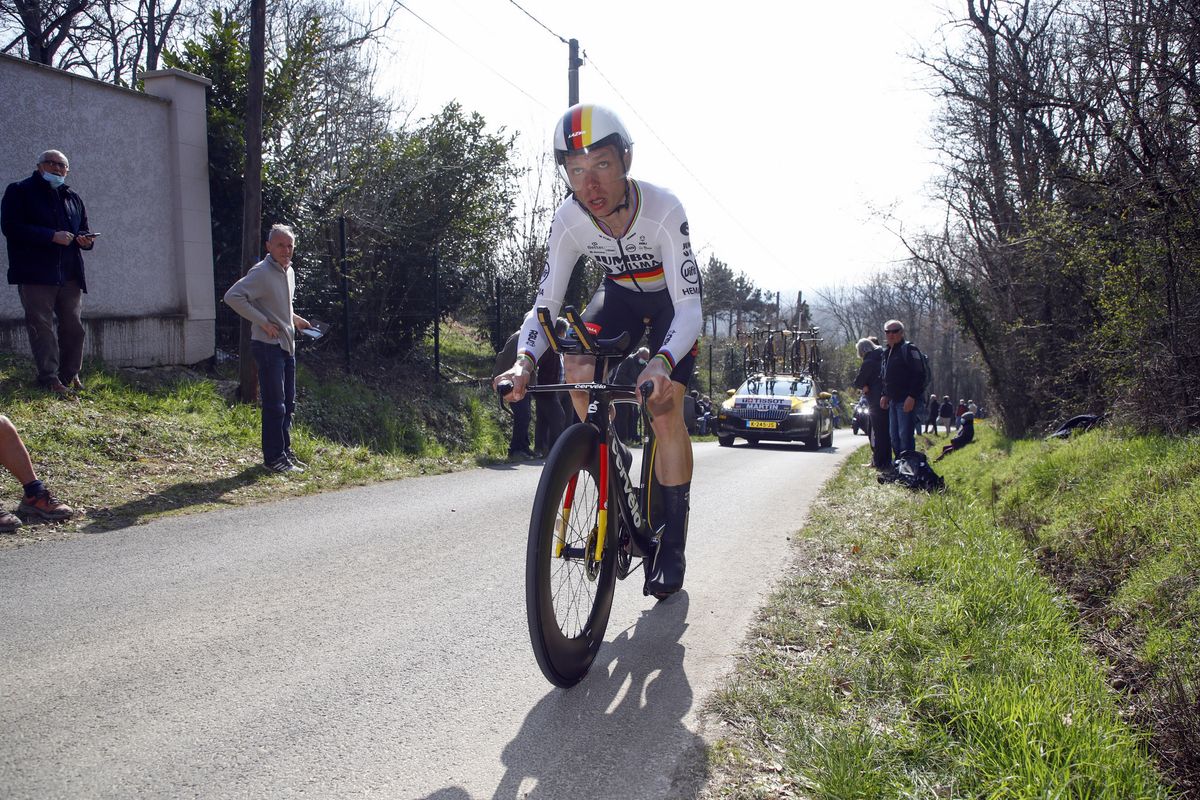 Tony Martin has announced that he will retire from professional cycling following his appearances in the individual time trial and mixed relay at this week’s World Championships.

In a statement on Sunday, Martin said that his decision to retire was influenced partly by concerns over the lack of progress in improving race safety and course design in the sport.

“Today I want to announce that the upcoming time trial and mixed relay World Championships will be the last races in my career. Such a far-reaching decision is of course not easy to make. Cycling has been a large part of my life for a long time, with highs and lows, big successes and losses, crashes and comebacks. What many young riders dream of, I have achieved,” Martin said.

“In the last few months I have been thinking more about what is to come after cycling. The bad crashes this year have also caused me to question whether I am ready to continue to face the risks that our sport involve. I have decided that I do not want to, especially since race safety has not improved despite the many discussions about courses and barriers. Hopefully the cycling world will listen to the plans presented by my team and other teams.’”

Martin won the world time trial title on four occasions and landed five stages of the Tour de France during a career that started with Team High Road in 2008. He later raced for QuickStep and Katusha before joining Jumbo-Visma in 2019.

“I’d like to thank Team Jumbo-Visma for its support the last three years and the opportunity to end my career in this way, as I have wished,” said Martin. “I also want to express my deepest thanks to my family, my friends, my fans and all colleagues. Without you I could not have lived my dream and I will never forget you!”

Martin scored victory at Paris-Nice (2011), the Eneco Tour (2010) and the Tour of Beijing (2011 and 2012), and he claimed a silver medal in the time trial at the London Olympics despite breaking his scaphoid at that year’s Tour de France.

The 36-year-old was among the many fallers on the opening day of this year’s Tour when a fan stepped into the road bearing a cardboard sign, and he called for restraint after the incident: “We’re here to race our bikes; it’s not a circus.”

Martin was forced to abandon this year’s Tour through injury on stage 11, and he only returned to action earlier this month at the Tour of Britain in what was his final appearance in Jumbo-Visma colours. He will compete in the individual time trial at the Worlds on Sunday before he brings the curtain down on his career in the mixed relay in midweek.

“I want to be fair to myself, my family and all my colleagues and end my career as a pro cyclist,” he said. “I want to say farewell in a fitting manner at the Worlds TT, which I won four times. I have trained hard for it.”