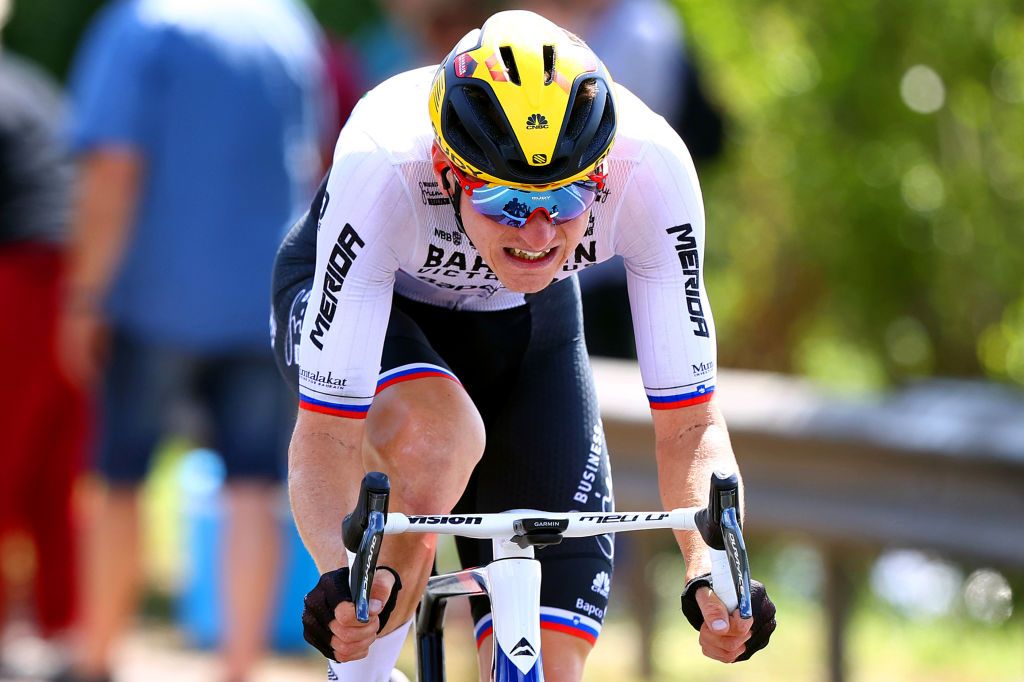 Matej Mohorič (Bahrain Victorious) secured a solo victory on stage 19 at the Tour de France. The Slovenian champion attacked the day’s breakaway with 25km to go to take his second stage win at the Grand Tour, this time nearly a minute ahead of runner-up Christophe Laporte (Cofidis) and third-placed Casper Pedersen (DSM).

Now out of the high mountains, stage 19’s 207km from Mourenx to Libourne had the potential for Mark Cavendish (Deceuninck-QuickStep) to secure another victory. However, it wasn’t meant to be for the sprinters, as a breakaway of six riders that later expanded to 20 succeeded to the finish line in Libourne.

Mohorič made his winning attack over a small climb with 25km to go and what  started as a small gap flourished into nearly a minute over his chasers as he soloed into Libourne with his second stage win at this year’s Tour de France.

Tadej Pogačar (UAE Team Emirates) finished safely in the main field at 20 minutes behind Mohorič but retained his commanding lead in the overall classification ahead of the stage 20 individual time trial from Libourne to Saint-Emilion on Saturday.

Watch how stage 19 unfolded in the video highlights above.