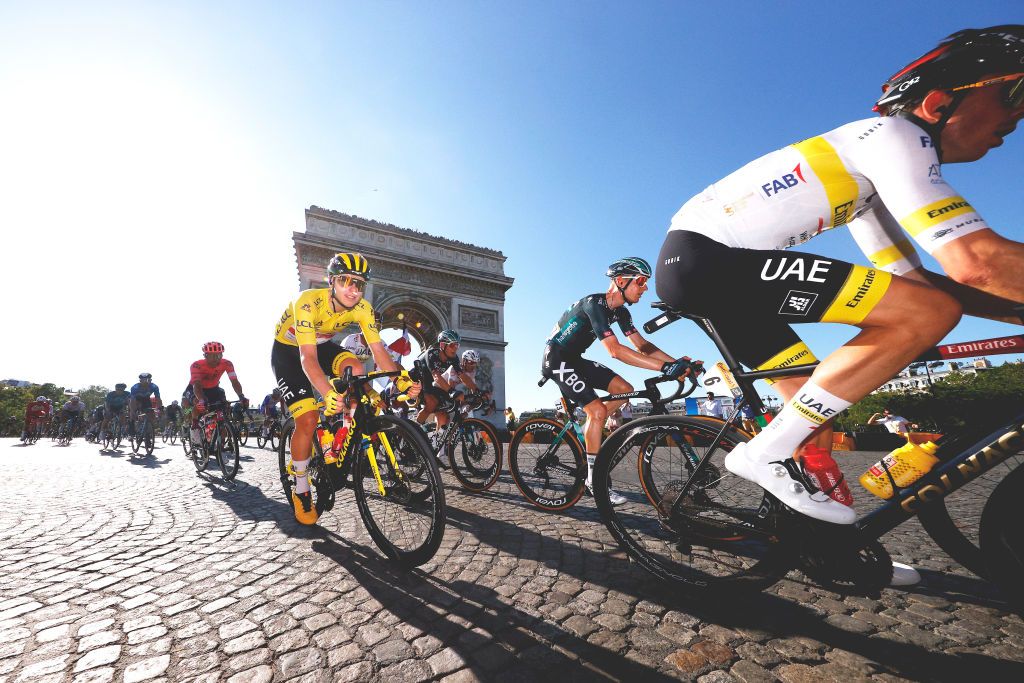 Wout van Aert (Jumbo-Visma) sprinted to the stage 21 win on the iconic Champs-Élysées at this year’s Tour de France while Tadej Pogačar glided across the line with his UAE Team Emirates teammates as the overall champion for a second consecutive year.

The attacks on the eight finishing circuits in Paris were plentiful as usual, with Harry Sweeny (Lotto Soudal), Stefan Bissegger (EF Education-Nippo), and Casper Pedersen (Team DSM) getting a small advantage with 50 kilometres to go. While they grabbed the top points at the final intermediate sprint of the Tour, Mark Cavendish (Deceuninck-QuickStep) gobbled up 13 points for fourth place, and looked for more points at the finish.

While all eyes were on Cavendish to set a new record for stage wins at the Tour, he only managed a third place behind Van Aert, remaining tied with Eddy Merckx with 34 stage wins. Jasper Philipsen (Alpecin-Fenix) finished second on the final stage, taking his third second-place finish over the three weeks. Cavendish did firm up the green jersey at the finish as the points classification winner.

On the GC podium with Pogačar were Jonas Vingegaard (Jumbo-Visma) in second, 5:20 behind the winner, and Richard Carapaz (Ineos Grenadiers) who finished 7:03 back for third. The Slovenian also took home the white best young rider jersey and the polka dot jersey for the mountains classification.

Watch how stage 21 unfolded in the video highlights above.