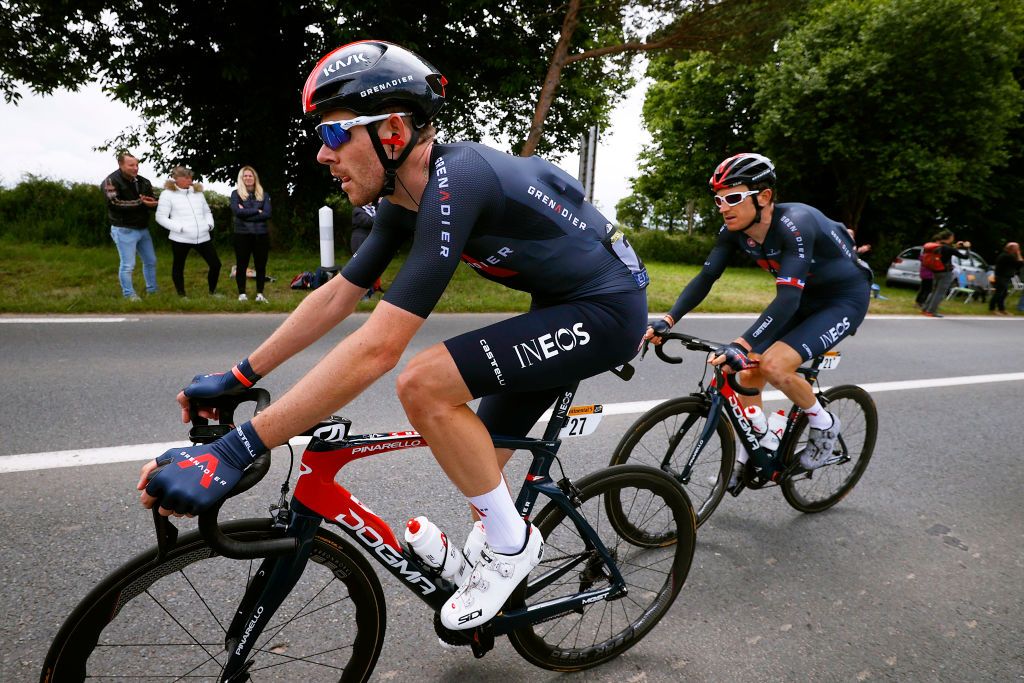 Geraint Thomas (Ineos Grenadiers) lost vital time in the overall standings on stage 2 of the Tour de France with the 2018 race winner shipping seconds to almost all of his main rivals for the yellow jersey.

The Welshman started the stage 18 seconds off Julian Alaphilippe’s (Deceuninck-QuickStep) yellow jersey but ended up crossing the line in 28th place on stage 2 atop the Mûr-de-Bretagne. He was the second Ineos Grenadiers rider over the line behind Richard Carapaz, but lost time to Alaphilippe, Tadej Pogačar (UAE Team Emirates) and Primož Roglič (Jumbo-Visma).

It was Ineos who controlled the pace of the peloton leading into the final climb with Richie Porte taking a huge pull on the front at the start of the ascent. When the Australian’s efforts were over Nairo Quintana attacked, sparking a huge reaction as riders tried to match the Colombian’s acceleration.

Mathieu van der Poel won the stage and pulled on the yellow jersey to now lead the race by eight seconds ahead of Alaphilippe, but Thomas dropped from 10th overall to 20th. He now sits 33 seconds behind Alaphilippe and is 28 seconds down on Pogačar and 27 seconds adrift of Roglič.