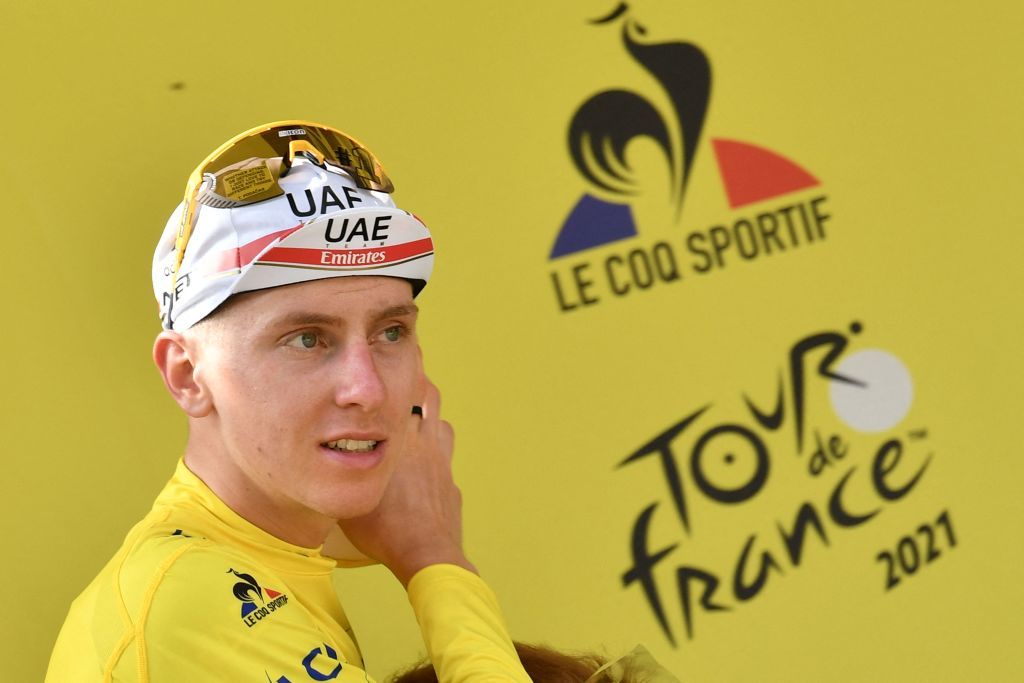 With a week left to go in the Tour de France, race leader Tadej Pogačar (UAE Team Emirates) remains firmly in control of the overall classification but just like the previous rest day, in the Andorra press conference, the Slovenian once again had to deal with the issues of suspicions surrounding his current superiority.

This time, Pogačar was asked if he ever got upset at people raising doubts about his performance, and if he practised at how he would answer those kinds of queries.

But the Slovenian firmly denied either was the case, pointing to cycling’s murky past as being, he said, the root cause of any doubts. And handling the questions he added simply went with the territory.

“For sure I’m not angry or pissed off. They are uncomfortable questions because the [cycling] history was really bad. I totally understand why there are all of these questions,” he said.

“I don’t prepare anything for those kinds of questions because I just love to ride my bike. What comes with it comes with it. I accept it. If I need to answer them, I speak from my heart.”

However, he remained reluctant to publish all his current performance data, saying, as he has in the past, that it would give rival teams a possible advantage.

“I’ve been asked this question a couple of times already and maybe one day I will publish my data. But I don’t see it would change anything because for the Tour you need to push good watts like all the others.”

“But if you share all your data other teams can see your threshold and capability on certain terrain and that’s really not useful,” he insisted.

Pogačar’s rivals, meanwhile, have been looking to gain whatever insight they can into how they could put dents into his current advantage of five minutes and change. It emerged on Sunday that Jonas Vingegaard has reportedly got in touch with Jumbo-Visma teammate Primož Roglič to try to gain knowledge from the older Slovenian Grand Tour specialist about his younger compatriot.

“For sure Primož knows me better than Jonas but I don’t know what he could possibly tell him that would affect the situation,” Pogačar countered. Perhaps realising this sounded a shade dismissive, he added, “for sure he gives him good advice for next week. We will see in the next few days.”

Whatever advice Roglič doles out, time-wise Pogačar heads into the third week of the Tour with an advantage that would allow him to ride more than conservatively if he wished. But instead, Pogačar revealed both his ambition and, perhaps, that he is a shade more nervous about his Tour leadership than he appears when he insisted that he would continue to attack his rivals whenever the chance arose.

“I’m not thinking about the end of Tour or anything. If I have the opportunity to make more time, that’s good for me, because you never know if in the next days you can get dropped. And it’s not good when you get dropped and lose nine or ten minutes in one stage,” he said, conjuring up a scenario that currently seems more than a shade improbable.

“So, for sure I was more defensive in the second week because I couldn’t go on attack mode. So we will see in the next week how I react and feel stage by stage.”

It’s certainly worth remembering that although the race looks as if it is already all over bar the shouting, for Pogacar, defending the Tour de France lead represents totally uncharted waters and he cannot know yet how long his top form will last into the third week.

On paper, Pogačar said, the hardest challenge he faces between here and Paris will be “stage 17 [to the Col du Portet] for sure. But even tomorrow [Tuesday], something dramatic can happen, then there is stage 18 to Luz Ardiden. If you have a bad day, any stage can be complicated.”

As for his current condition, with six days remaining, he admitted that he was feeling the pace a little and not sleeping brilliantly because “the hard work has taken its toll.

“This is my third Grand Tour, and each one feels a little bit different. I experience new things and I’m looking forward to going to the Pyrenees to test myself and my legs for the last week.”