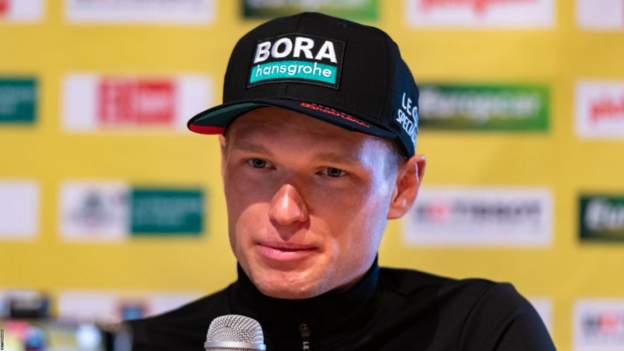 In total, 29 riders had pulled out of the race before the start of Friday’s stage six as a result of the outbreak.

Team Jumbo-Visma were the first team to abandon the race on Thursday.

Following a meeting involving teams, rider representatives and governing body the UCI, Tour de Suisse race director Olivier Senn said the remaining 18 teams had agreed to continue, but he admitted there was no guarantee the race would reach Vaduz on Sunday.

“We’ve very sad that coronavirus is spreading so far within the teams,” said Senn. “But in the moment we keep going as planned.

“It’s obviously not nice. All the teams know the rules. Four teams decided to withdraw, including the one yesterday, so there’s 18 teams left.”

The Tour de Suisse is one of the final major warm-up races before the Tour de France, which runs from 1-24 July.