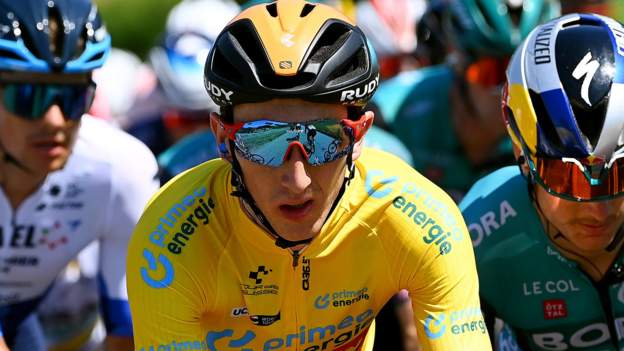 Stephen Williams held onto the Tour de Suisse lead, but will go into Tuesday’s third stage only four seconds ahead of his nearest rival.

The 26-year-old Welshman was a shock winner of Sunday’s opening stage as he triumphed in a sprint finish.

On day two, Williams finished in the peloton after Norway’s Andreas Leknessund led the riders home on the 198km from Kusnacht to Aesch.

Six more stages follow in the race that ends on Sunday, 19 June.

Williams’ efforts mark another success after having knee surgery and returning to full training in early 2020.

In 2018 Williams was one of the most sought-after young climbers in the world, having won the Ronde l’Isard and winning a stage and finishing fifth at the ‘Baby Giro’ – the Junior Tour of Italy.

But after signing a WorldTour contract with the then Bahrain-Merida team, Williams started suffering pain in his left knee.

He was able to race just eight days in 2019 and was forced to have surgery before returning to proper training the following year.