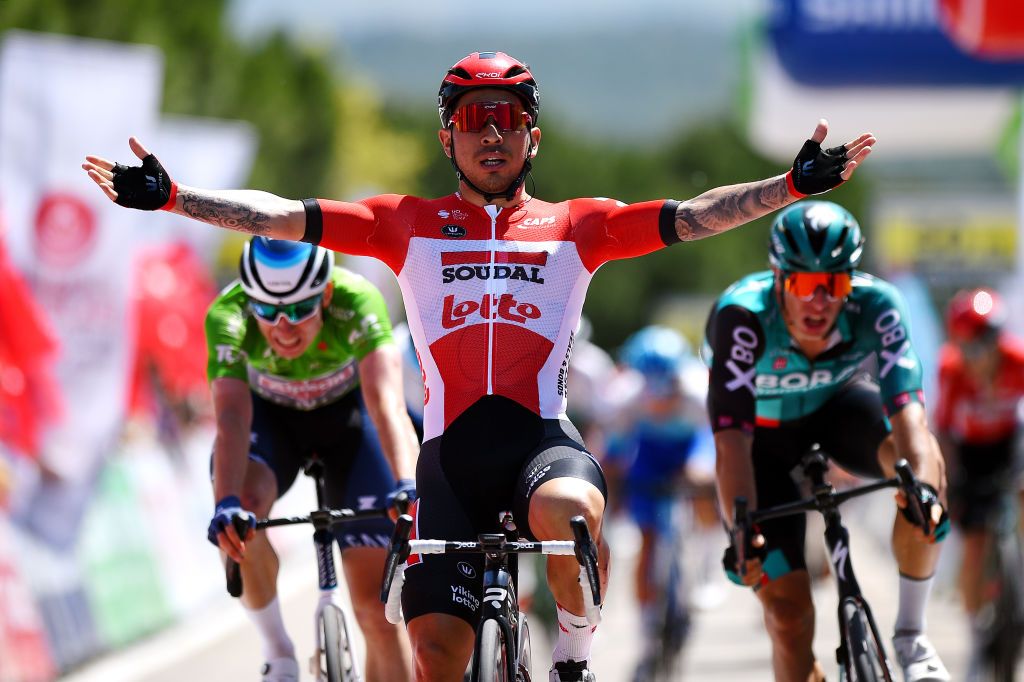 Caleb Ewan finished off some superb team work from his Lotto Soudal teammates to win stage 6 of the Tour of Turkey to Eceabat, close to the Gallipoli Peninsula and a hilltop monument where so many Anzac soldiers lost their lives during World War I.

The final four kilometres of the 201.5km stage climbed into the hills overlooking the Aegean Sea but Ewan made sure he was up front and protected by his teammates.

Lotto Soudal took over in the final 1.5km, guiding Ewan through the twisting road and protecting him in the headwind. Ewan looked back to check his rivals and held off launching his sprint until the final 100 metres. That was too late for hids rivals to try to pass him.