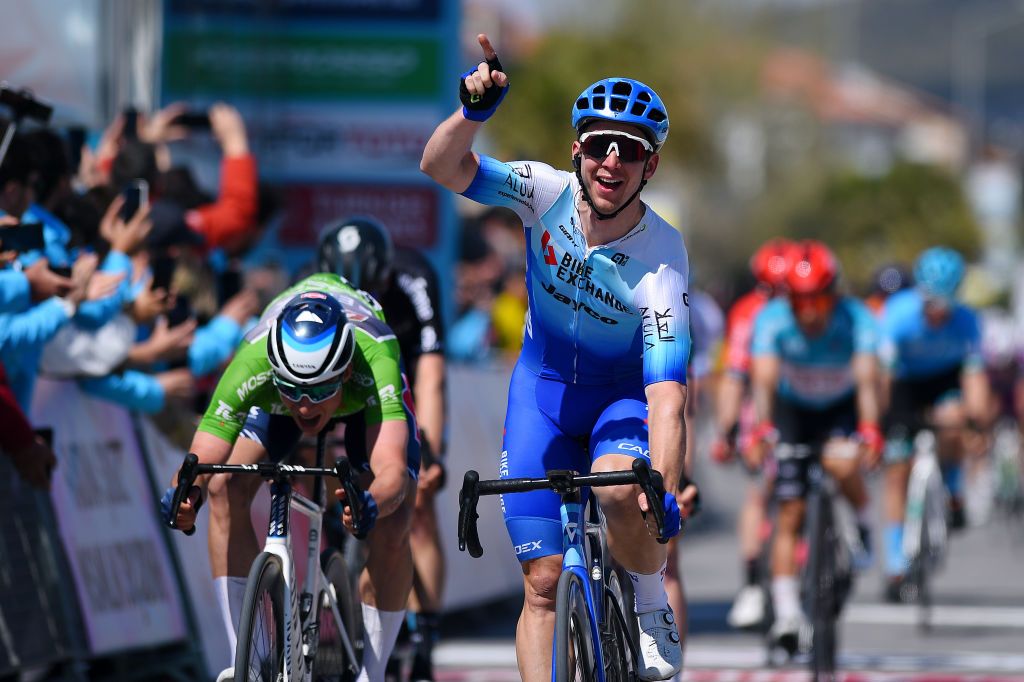 Kaden Groves (BikeExchange-Jayco) won stage 2 of the Tour of Turkey in a high-speed bunch sprint, beating Jasper Philipsen (Alpecin-Fenix) and Sam Bennett (Bora-Hansgrohe) to the line in Alaçati.

Overnight Tour of Turkey (opens in new tab) leader Caleb Ewan (opens in new tab) (Lotto Soudal) was initially in the mix in the sprint, but he eased up within sight of the line, coming home in fifth place behind Cees Bol (Team DSM).

Kaden Groves (opens in new tab) takes command of the overall lead, two seconds up on Philipsen, while Ewan is now third at four seconds.

The finale of the 156km stage was marred by a series of crashes, and Nairo Quintana’s general classification challenge suffered a blow when he fell just outside the 3km to go banner.

The Arkéa-Samsic rider had previously fought his way back up to the bunch after going down in a crash with 40km to go, while his teammate Nacer Bouhanni was earlier forced to abandon the race.

They built a maximum advantage of 2:30 before they were clawed back by the sprinters’ teams. Granigan was the first to the top the day’s lone climb, while the industrious Goikoetxea was the last survivor of the break.

It was Groves’ second victory of 2022 after taking stage 2 at the Volta Ciclista a Catalunya. The 23-year-old has also racked up an impressive series of placings.

“We nailed the plan today, everyone knew their role and where they had to take us, it was a pretty text book in the end,” Groves said happily.

The run-in wasn’t too bad because there was a tailwind from about 10 kilometres to go. It was super fast, we waited and waited until the exit off the big road with about four kms to go.

Bike-Exchange-Jayco had tried to split the peloton in the strong crosswinds but then switched to waiting for the sprint finish.

“We weren’t really sure of the direction of the wind, it was changing quite a bit today. But we thought why not try and take another team or two with us. In the end the wind wasn’t in the right direction even if it was certainly strong enough. Everyone tried but nothing really really happened,” he explained.