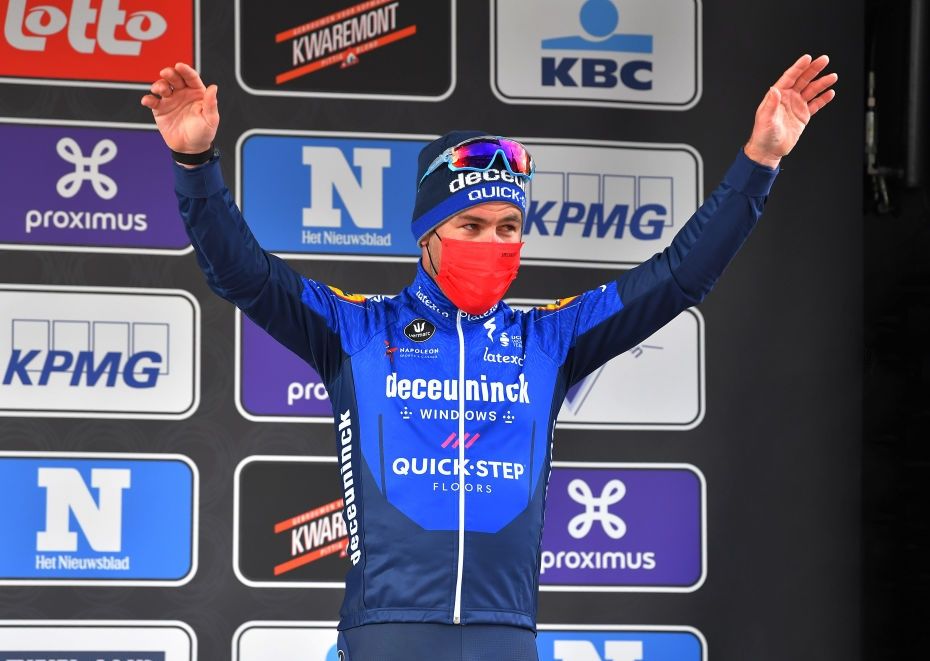 Mark Cavendish (Deceuninck-QuickStep) claimed his first victory in over three years when he won stage 2 of the Tour of Turkey, beating Jasper Philipsen (Alpecin-Fenix) and André Greipel (Israel Start-Up Nation) in a bunch sprint in Konya.

Philipsen hit the front early after a fine lead-out from his Alpecin-Fenix squad but Cavendish gaged his effort well, biding his time on Greipel’s wheel before emerging to swoop past the German and Philipsen within sight of the line.

The escapees forged clear ahead of the day’s opening climb, which brought the race to an altitude just shy of 1500m. Buts was first to the top there and again on the second ascent of the day, but the break was never granted much leeway by the peloton, and their advantage remained stable at around 1:30 for much of the day.

With 30km to go, the gap was down to 36 seconds, with Rally, Delko and Deceuninck-QuickStep setting the pace in the peloton, and the last of the escapees were brought back with 7km to go.