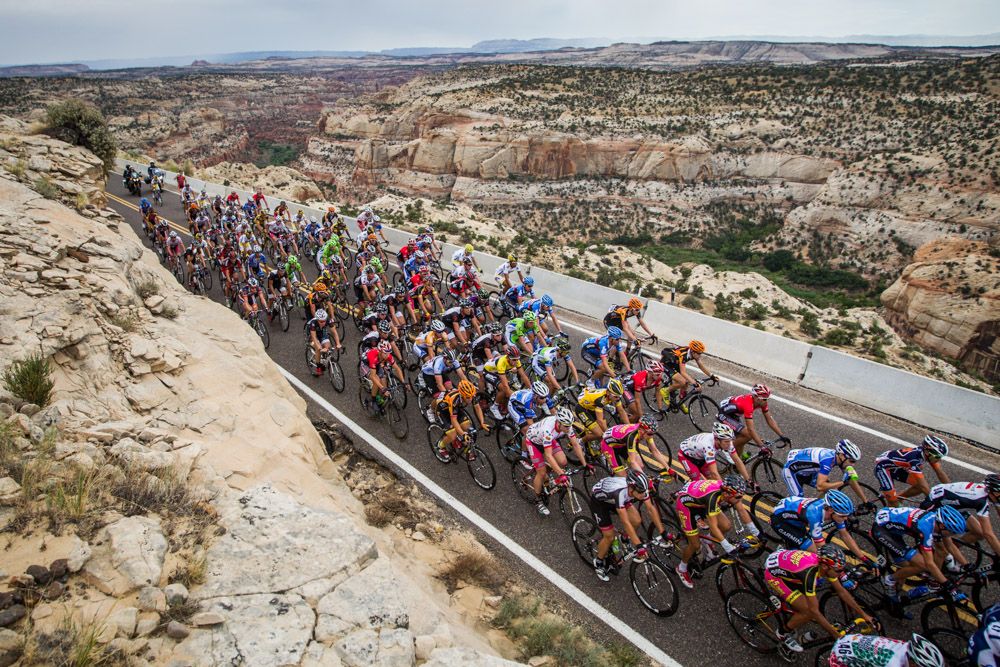 Medalist Sports announced today that it will no longer pursue planning efforts for the Tour of Utah stage race in 2022 despite ‘ardent efforts’ to continue the UCI 2.Pro event. In a brief statement, the sports management company said it had requested both the UCI and USA Cycling to remove the event from the international cycling calendar, where it had been slotted for July 25-31.

“On-going sponsor and host community discussions have been positive; however, not strong enough to support a viable effort to meet our collective expectations,” said Chris Aronhalt, owner and President of Medalist Sports, LLC, in the statement.

“While disappointed, Medalist Sports is grateful for the opportunity and cherishes the Tour of Utah’s legacy.”

In April, Medalist Sports had confirmed a licensing agreement with the event owner, the Larry H. Miller Group of Companies, which is based in Utah and had owned the Tour of Utah since 2007. The last edition of the stage race was held as a seven-day 2.Pro men’s event and was won by Ben Hermans (Israel Start-Up Nation). The year before it was the breakout year for young American Sepp Kuss (Jumbo-Visma).

A non-competitive gran-fondo style endurance ride, Tour of Utah Ultimate Challenge, was also in the plans to return in 2022, typically held on one day in conjunction with the pro race. Plans to continue that event were not mentioned in the announcement.

The Tour of Utah began in 2004 as a three-day cycling event for amateur and elite cyclists over the Memorial Day weekend in May. After the LHM Group of Companies secured ownership in 2007, the race was relaunched in 2008 to a full week on late-summer dates and began to progressively move up in status as a UCI-sanctioned event. The Tour of Utah was elevated to the UCI Americas Tour in 2011, and operated each year under the guidance of Medalist Sports until 2020, when the event was suspended due to the coronavirus pandemic.

Medalist Sports has administered numerous major races in the US including the Tour of California, USA Pro Challenge, Tour de Georgia and Tour of Missouri. The company will manage the Maryland Cycling Classic supported by UnitedHealthcare, now scheduled for September 4, 2022 in Baltimore, Maryland. That one-day UCI men’s race has been stalled for two consecutive years due to the COVID-19 coronavirus pandemic.

The cancellation of the 2022 Tour of Utah now leaves an absences of a UCI 2.Pro event from the US racing calendar. Along with the Maryland Cycling Classic, there are three other UCI-sanctioned races on the schedule in the US, including the return of the Tour of the Gila from April 27-May 1 and a traditional spring slot for the Joe Martin Stage Race from May 19-22.