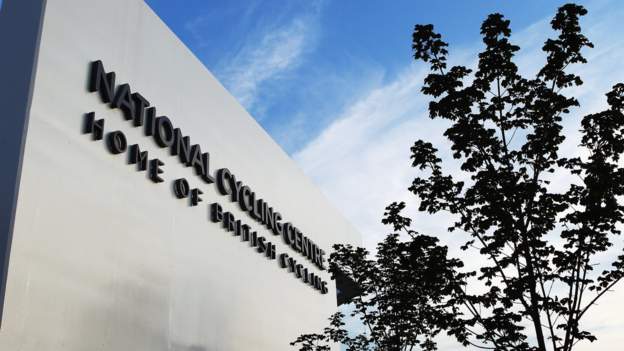 Transgender women are no longer able to compete at elite female events run by British Cycling after the organisation suspended its current policy.

The previous regulations required riders to have had testosterone levels below five nanomoles per litre for a 12-month period prior to competition.

British Cycling says it will conduct a full review of the policy “in the coming weeks”.

Last month, Emily Bridges was due to compete in her first elite women’s race after meeting the requirements but was later ruled ineligible by cycling’s world governing body, the UCI.

It also said it would speak to “all stakeholders, including women and the transgender and non-binary communities” as part of the review.

“We will also continue to work tirelessly to ensure that our sport remains free of hate, discrimination and abuse in all forms, and that we prioritise the welfare of riders, volunteers, event organisers, commissaires and others that our sport can’t continue without,” the statement read.

“The challenge is far greater than one event or one sport, and only by working together can we hope to find a timely solution, which achieves fairness in a way that maintains the dignity and respect of all athletes.”

Bridges, 21, began hormone therapy last year as part of her gender dysphoria treatment, and raced in men’s events until February.

She had been due to compete in her first women’s event at the National Omnium Championships.

However, three days beforehand, the UCI told British Cycling that because international ranking points are allocated at national championship events, Bridges’ participation could only be allowed once her eligibility to race in international competitions was confirmed. That process is ongoing.

Bridges’ mother responded to the decisionexternal-link on social media by saying her daughter had been “dumped by email”. She added they would make a full statement during the next 24 hours.

British Cycling said it “understood there are concerns” regarding how its policy reflected the guidance published by the Sports Councils’ Equality Group (SCEG) last year.

It said that “for many sports, the inclusion of transgender people, fairness and safety cannot co-exist in a single competitive model”.

That guidance applies to transgender inclusion in non-elite sport.

A group of elite female cyclists wrote a letter to the UCI, calling on it to “rescind” its rules around transgender participation.

UK Sport chief executive Sally Munday said on Thursday she had “huge empathy” for both Bridges, who said she had been “harassed and demonised” over the past week, and her fellow competitors.

Munday added UK Sport was looking to support “everybody who is involved in this discussion”.

UK Prime Minister Boris Johnson said earlier this week he did not believe transgender women should compete in female sporting events – a view he conceded might be “controversial”.

In response, LGBTQ+ charity Stonewall said: “Trans people deserve the same opportunities as everyone else to enjoy the benefits of sport, and blanket exclusions on trans people participating are fundamentally unfair.”

More reading on this subject