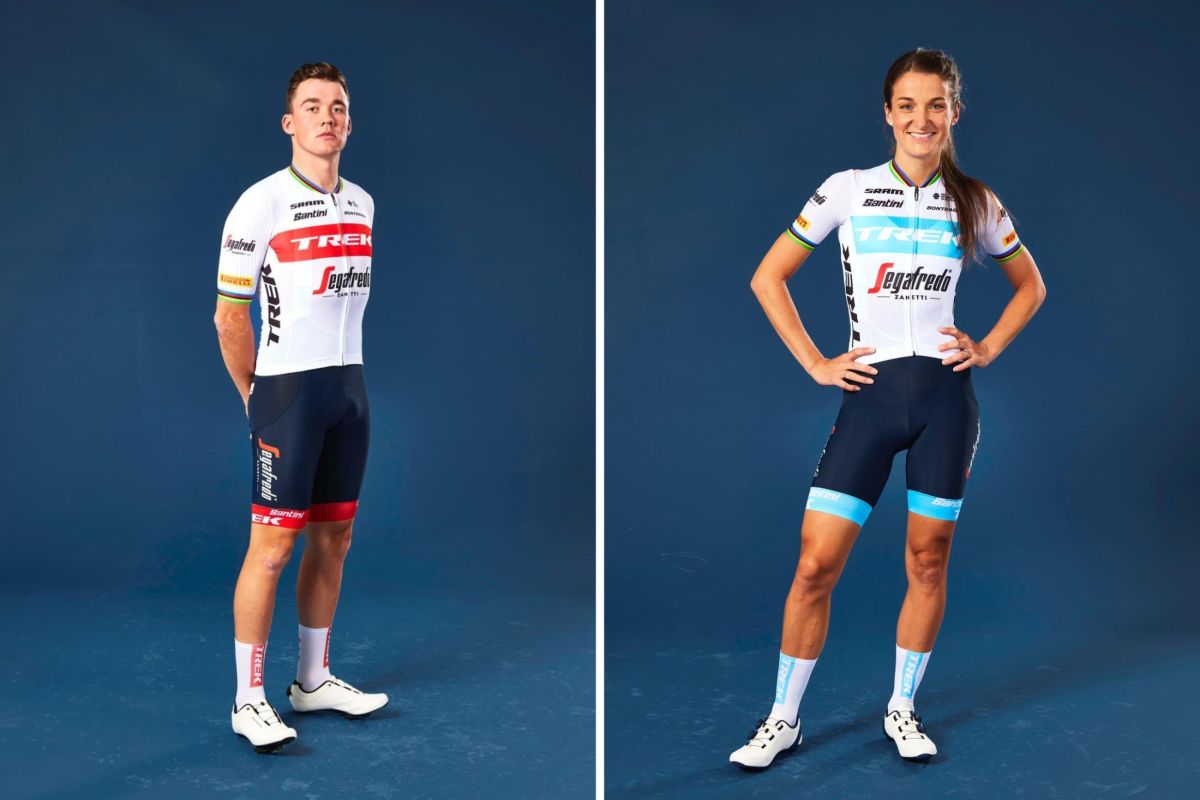 Trek-Segafredo have revealed the kit that their men’s and women’s teams will wear during the 2022 season.

The kit is again designed by Santini, with the men’s and women’s teams sharing a similar look for the first time.

Trek-Segafredo also revealed their bespoke training kit, once again designed to stand out on the road. The team described the design as ‘Radioactive Coral’.