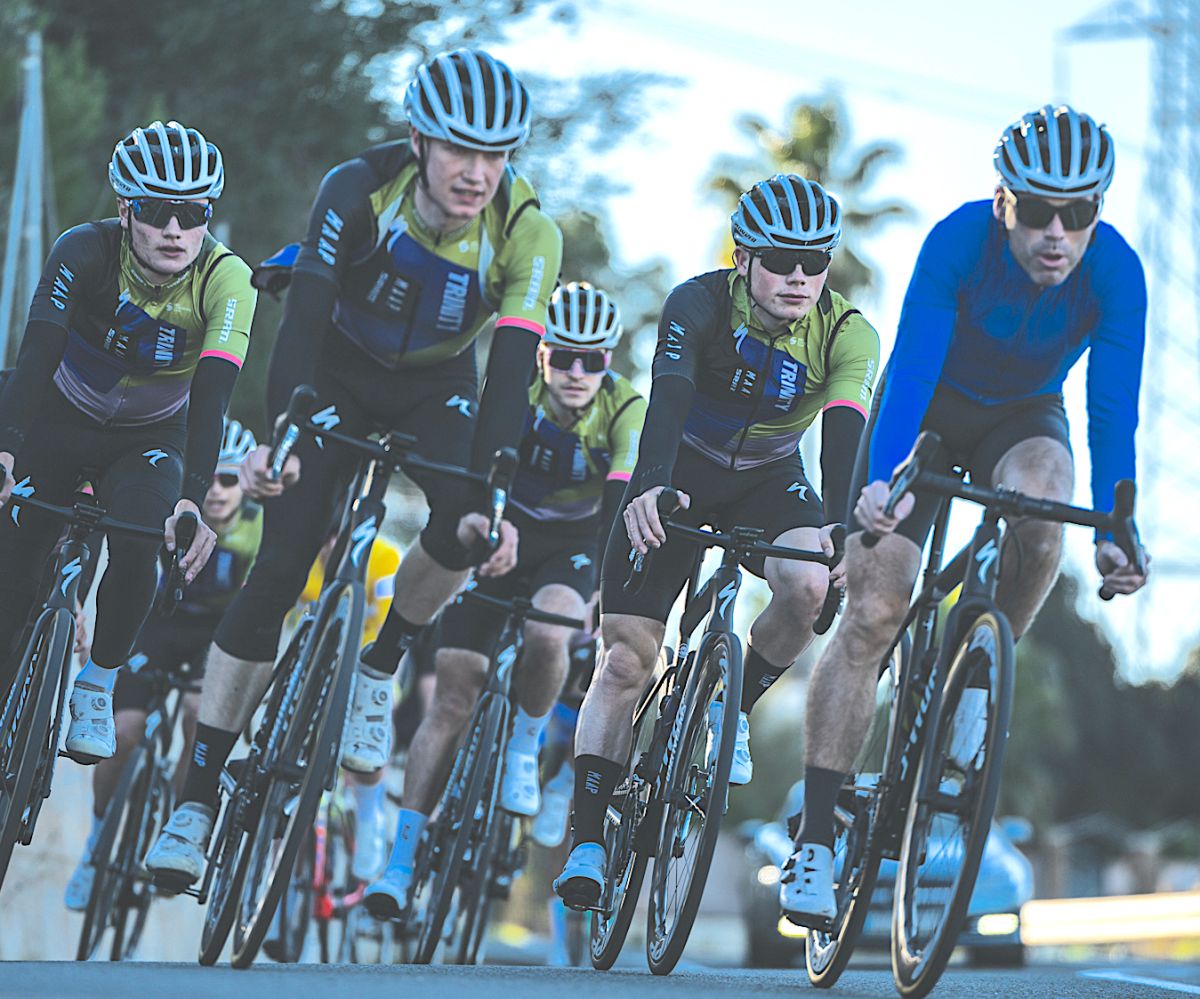 Trinity Racing has confirmed its complete roster for the 2022 season with Thomas Gloag and Luke Lamperti both featuring on the U23 team, which also includes riders from the mountain bike scene.

The British-based team are currently in Spain for their first winter training camp and are putting their initial plans together ahead of next season. Specialized have recently confirmed that they would once again supply bikes and the U23 riders have been fitted for their new machines during their time in Spain.

The squad have helped a number of WorldTour talents develop in the last few years including Tom Pidcock, Ben Turner and Ben Healy.

“It’s great to be able to get the whole team together, get to know all the new riders, build some team spirit and, importantly, talk through goals and aspirations with each individual for 2022,” said team manager and former Team Sky rider, Ian Stannard.

“Due to the pandemic we were not able to hold a training camp this year, which I do think was something that we really missed. It’s been a very steep learning curve for me this year stepping off the bike straight into the team car, but one that I have really enjoyed and I can’t wait to get stuck into 2022 knowing what to expect. These training camps are a great way for me to get close to the team to pass on my experience”

While Gloag, a 20-year-old Briton, and the 18-year-old Lamperti, from the US, are two of the standout riders on the road the team have also signed Adrien Boichis, the junior mountain bike world champion, and Camilo Gomez, who was second in the junior race at Worlds.

“Owning this team is something that I am really proud that we do as an agency,” said team owner and the founder of the Trinity rider agency, Andrew McQuaid.

“We have created a great learning environment for young riders under the tutelage of some really experienced staff members who have been there and done it at the elite level of the sport. Holding the camp is an ideal opportunity for them to get to know each other.”

McQuaid confirmed that two former riders, who he also represented as an agent – Philip Deignan and Peter Kennaugh – attended the team’s December camp in order to help pass on their knowledge to the young riders. Healy, who has signed a two-year deal with EF Education-Nippo for 2022, also attended.

“Not only are the riders fortunate to be able to learn from Ian Stannard, but also other experienced former pros who TSM have worked closely with over the years, Philip Deignan and Peter Kennaugh who each joined the camp for a few days. It was also nice to have Ben Healy, one of our 2022 WT graduates, attend the winter camp.

“Having someone who has been in their shoes a year ago now training beside them going to WT just shows it’s obtainable for them too. The 2022 roster looks very exciting, for the road and MTB. I am particularly looking forward to integrating our two new male MTB riders into the team, who were 1-2 at the junior Worlds this year, and helping them step up into the U23 ranks.”