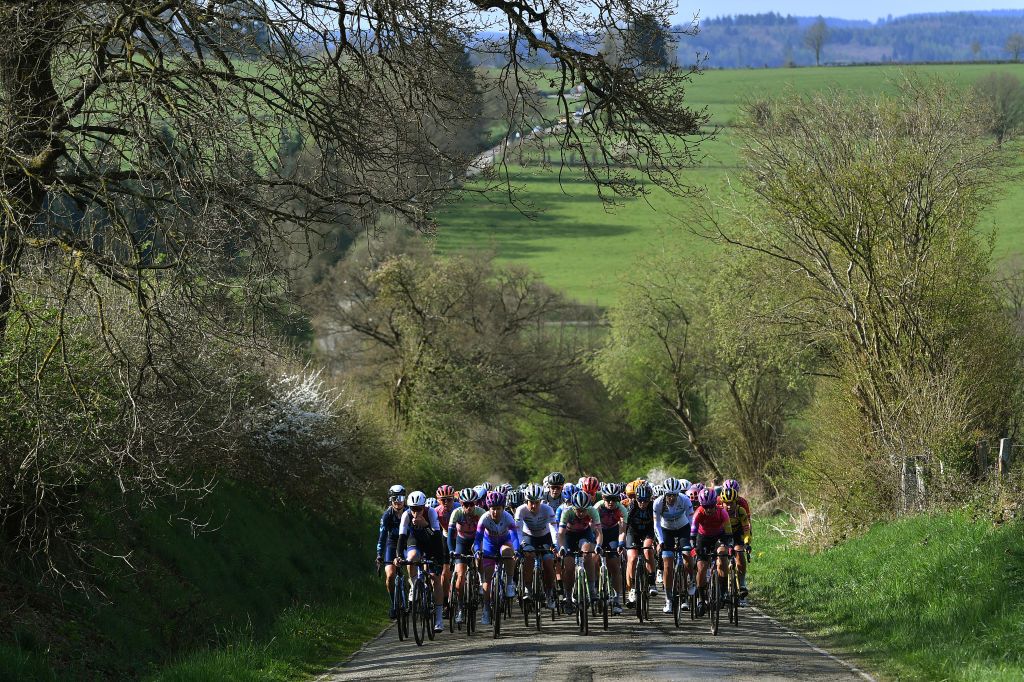 The rapid expansion of the women’s top-tier race calendar may soon slow, with UCI President David Lappartient warning that as things currently stand the organisation is not far off needing to say no to organisers that want to run a Women’s WorldTour event.

“We are now almost at the maximum of the number of competition days that we can still add to the calendar,” Lappartient told Dutch website Wielerflits. “In recent years, many new, good competitions have been added, such as the Tour de France Femmes this year. You can now see that more and more organizers are being encouraged by the local authorities to also organize a women’s competition. Of course this is nice, but the question is whether there are enough riders for all those new races.”

Along with the Tour de France Femmes, a women’s version of the Tour de Romandie has joined the Women’s WorldTour in 2022 and the Giro d’Italia Donne has been re-instated after its 2021 absence. A group of other races are also looking to make the move soon as they work to more closely align the status of their men’s and women’s events.

Flanders Classics, with its four year Closing the Gap initiative in 2023 requested a shift in its 1.Pro ranked Omloop Het Nieuwsblad to Women’s WorldTour level and CEO Tomas Van Den Spiegel told Cycling News the organisation would ultimately like to have the women’s Dwars door Vlaanderen with the top ranking as well. The race director of the Women’s Tour Down Under, Kimberley Conte, also said earlier this year that Women’s WorldTour status was ‘on the cards’ for that event.

Organisers, however, will be competing for space in a calendar that is already showing signs of limited capacity.

“We will soon have to say ‘no’ to major organizers when they sign up for the WorldTour for women,” said Lappartient. “The challenge for us is already to have enough good riders who can be active at the highest level for a large part of the season. That is why we want to continue to work globally to get women’s cycling off the ground in all contingents.”

The top tier of women’s cycling has grown considerably this season, beyond the calendar, with the number of UCI Women’s WorldTeams moving up from nine teams in 2021 to 14 in 2022. However, with four fewer WorldTeams than the men and under half the number on the roster of each squad, rider numbers still vary significantly in the WorldTour and Women’s WorldTour as well as in the tier beyond.

“There is indeed an imbalance between the number of riders or teams and the current competition calendar,” Lappartient said in the Wielerflits interview. “We have to recognize that the women’s peloton at the highest level is not yet big enough. For the men, we have about nine hundred riders at the top two levels, while for the women it is less than four hundred. So you cannot offer the women the same program as the men.”

There is also a large gap between mandated prize money and salaries, although a number of race organisers have taken the decision to level the prize purse at dual events and salaries are on the rise. The minimum for riders contracted to Women’s WorldTeams will equal that of men’s UCI ProTeams in 2023 and the UCI said in its communique in September that its aim was for the men’s and women’s WorldTeam salaries to be equal ‘as quickly as possible’.

“I am positive. When I see where we come from and where we are now, women’s cycling has made unprecedented progress,” Lappartient told Wielerflits. “The salaries of the riders have increased, so that the average wage for a WorldTour team is already 50,000 euros. The riders at the highest level can now live off their sport.

“I am also convinced that the Tour de France Femmes will give women’s cycling an extra boost next summer.”