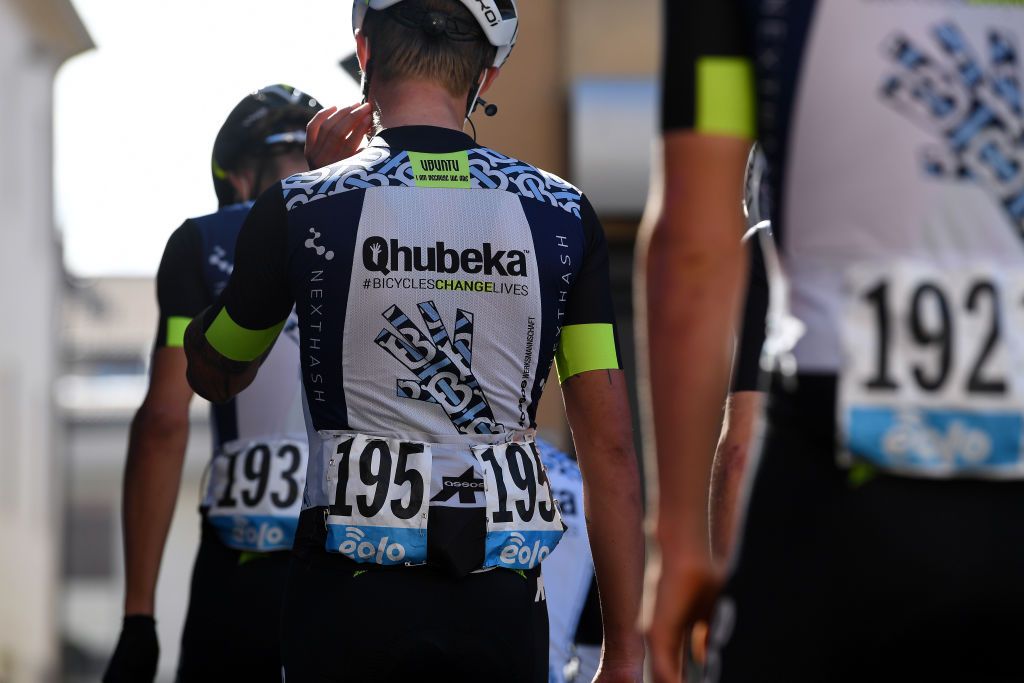 Qhubeka NextHash were dealt a hammer blow on Thursday when the UCI confirmed that it had refused to grant the South African team a WorldTour licence for 2022.

The team have struggled for financial security all year, while the governing body had already extended its license process by several weeks in order to give team manager Doug Ryder enough time to find financial backers.

However, the sport’s governing body announced on Thursday that time was up.

“After hearing teams that had not been able to be registered directly by the UCI, the Licence Commission has decided (art. 2.15.071) to refuse the registration of Team Qhubeka NextHash,” read a statement from the UCI.

The team’s financial state has been a subject of debate and uncertainly for well over a year. In 2020, the team only just managed to survive thanks to a last minute deal with clothing brand Assos.

In the summer, the team brought on board NextHash as a second title sponsor but the deal was shrouded in uncertainly. It was initially reported that the company had signed on for a five-year deal but, as the year progressed, the situation began to unravel.

In August, the team failed to pay any of their riders or staff on time and, at the time, one sponsor confirmed that the management requested that the final sponsorship payments were needed to keep the team going. At the same time, several high-profile riders began to look for employment elsewhere and in the autumn the team notified riders that even if they had contracts for 2022, they were free to seek alternatives for the future. During that period the team told Cycling News that they were committed to paying riders and staff, and that the search for a 2022 title sponsor would continue.

“Team Qhubeka NextHash is fully committed to securing our future and continues to work extremely hard to do so, with both our current as well as potential future partners. As required by the UCI and the CPA, we have informed the team of our current position which sees them now able to seek opportunities elsewhere should they wish to pursue those,” the team said.

“As Africa’s UCI’s WorldTour team, we will continue to fight to ensure that we are able to continue our mission to change lives through bicycles by racing on the sport’s highest stage, and which has seen us fund in excess of 30 000 bicycles in Africa.

While that was going on, Ryder was in a desperate hunt for a sponsor. He told rider agents that Premier Tech, currently co-title sponsors at the Astana team, was an option but that deal never materialised. Premier Tech would later sign a pre-agreement with BikeExchange before that deal fell through too.

Assos told Cycling News at the start of December that it was willing to stand by the team and provide financial assistance in 2022 if they secured a respectable title sponsor. Assos was unwilling to once again share title sponsorship rights with the team but the clothing brand admitted that it had held no recent communication with Ryder.

“The team are focused on trying to get some cash partners. They ultimately need multi-millions of cash to run it but we don’t know where they are with that right now,” a spokesperson for Assos told Cycling News in early December.

“They’re desperately trying to pull something together but Assos are likely to want to remain involved. We like the programme, the affiliation and we’re partners with Qhubeka anyway. We’ll do some things with them next year regardless of whether the team continues, because it’s a natural fit.

“We’re not committed, though, because we want to see what the team is and who the partners are, what the ambitions of the team are, and then we’ll see what comes together and if it makes sense to partner with them or not.

Cycling News has reached out to Qhubeka NextHash for comment.