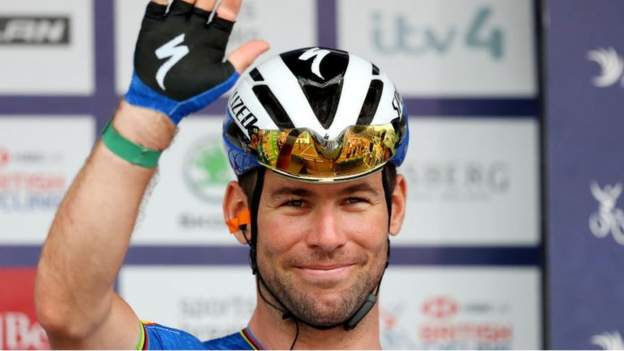 Mark Cavendish, Ethan Hayter and Lizzie Deignan have all been included in the Great Britain team for the UCI Road World Championships taking place in Flanders, Belgium.

British Cycling has named a squad of 30 riders in elite, under-23 and junior categories.

Olympic mountain-biking champion Tom Pidcock is included as GB aim to bounce back from winning no medals in 2020.

The championships will take place between 19-26 September.

There is no place in the team for 2018 Tour de France champion Geraint Thomas.

Thomas was part of Team GB at the Tokyo Olympics but has had disappointing form since a crash at the Tour de France in July. He dislocated his shoulder but continued to finish the race.

Hayter, 22, who recently finished second overall in the Tour of Britain, will be competing in both the elite men’s road race and time trial.

He will be joined in the road race by Cavendish and Pidcock.

Performance director Stephen Park said: “The Road World Championships are a key feature for the Great Britain Cycling Team’s road squad and it will be great to see the likes of Mark and Lizzie bring their form and experience into a team keen to do the jersey proud and bring back medals.

“It will be interesting to see how the elite men’s road race plays out, too – based on what we know about the course and with so many riders in top form, we’ve made the decision not to go with one team leader, giving us a number of options as the race plays out.”