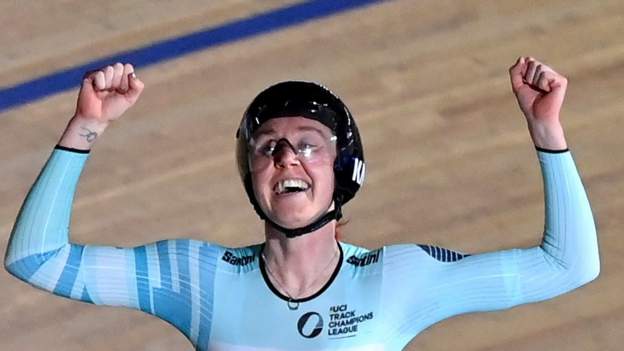 The 27-year-old Scot won the elimination race on Friday and secured her victory with second place in Saturday’s scratch race.

Archibald’s win was already assured before she powered to an impressive first place in the elimination race.

“It feels like a really big deal if I’m honest,” said Archibald, who won Olympic Madison gold in the summer.”

She added: “I’m so happy with the springboard of the Olympics and everything I’ve carried through from there.”

Meanwhile, Britain’s triple Olympic gold medallist Ed Clancy was given a rousing send-off in his last race before retirement.

Archibald topped the standings with 145 points, while Kirsten Wild of the Netherlands was second on 100 points.

The new-look series concluded in London, with the scheduled rounds in Paris and Tel Aviv having been cancelled because of the coronavirus pandemic.

The format features 72 riders, with sprint and keirin disciplines for 18 male and female sprinters and scratch and elimination races for the endurance specialists, all in the space of a TV-friendly three-hour period.

Points are awarded for finishing positions in each race, tallied up over the the different rounds of the series to decide the overall sprint and endurance champions.