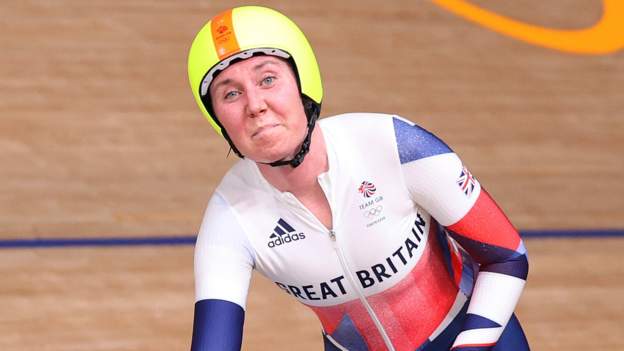 Olympic champion Katie Archibald won the women’s scratch and elimination races in the second round of the UCI Track Champions League in Lithuania.

The 27-year-old Scot now tops the standings in the women’s endurance league following the double victory.

Archibald also won the women’s elimination race on the opening night in Mallorca.

The next two events take place in London on 3-4 December with the final round in Tel Aviv on 11 December.

Sebastian Mora claimed wins in the scratch and elimination races, with the Spaniard now top of the men’s endurance table.

Germany’s Emma Hinze won the individual sprint but was runner-up to compatriot Lea Friedrich in the keirin in the women’s sprints.

Friedrich now trails Hinze by 18 points in the standings.

The format features 72 riders, with sprint and keirin disciplines for 18 male and female sprinters and scratch and elimination races for the endurance specialists, all in the space of a TV-friendly three-hour period.

Points are awarded for finishing positions in each race, tallied up over the five rounds of the series to decide the overall sprint and endurance champions.