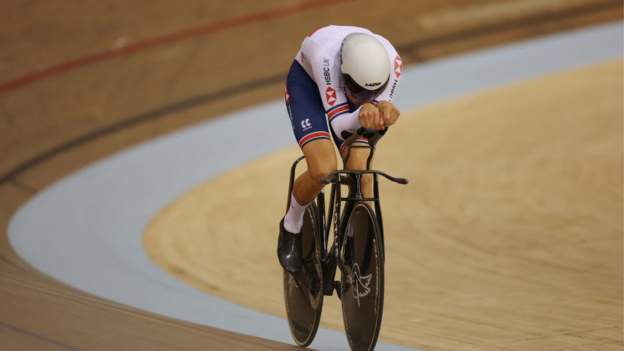 Charlie Tanfield won Great Britain’s third medal – and his second – at the UCI Track Nations Cup 2022 in Glasgow with bronze in the individual pursuit.

A late entry after Dan Bigham caught Covid-19, Tanfield controlled the race, saying: “With two to go I had a bit left in the tank and switched it on.”

Neah Evans took sixth in the women’s elimination after an early crash.

Touching wheels in the pack, Evans was unseated but got back on her bike to finish the race after a long delay while the track was repaired.

He again shared the podium with French rider Corentin Ermenault, who took gold in the individual pursuit to add to his team gold.

In the women’s sprint Great Britain’s Sophie Capewell reached the quarter-finals before losing to Olympic champion Kelsey Mitchell of Canada, who went on to secure gold.