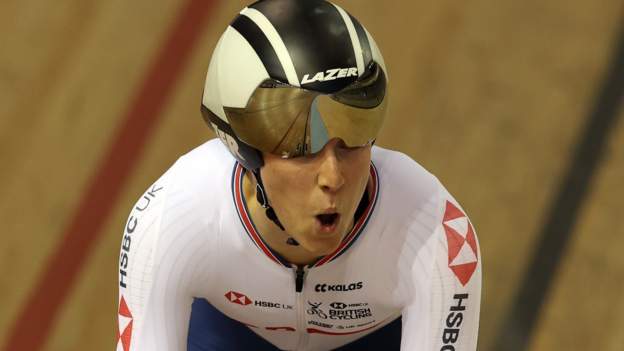 Josie Knight won bronze on her injury return but Great Britain’s Katie Archibald was involved in a bad crash at the Track Nations Cup in Glasgow.

But two-time Olympic champion Archibald crashed during the omnium points race while leading the multi-race event.

The Scot took a heavy fall, was treated by the side of the track but was able to walk away from the incident.

Archibald, 28, had won two of the three previous omnium events, the tempo race and elimination race, in front of a vocal home crowd but ultimately had to retire.

She is due to to ride the madison with Neah Evans on Sunday.

Knight took bronze in the individual pursuit in a time of three minutes 27.561 seconds to beat Morris by nearly half a second.

“I’m absolutely delighted,” the 25-year-old said. “I said on Thursday that I wasn’t expecting much.

“I wasn’t expecting to even be here two weeks ago.”