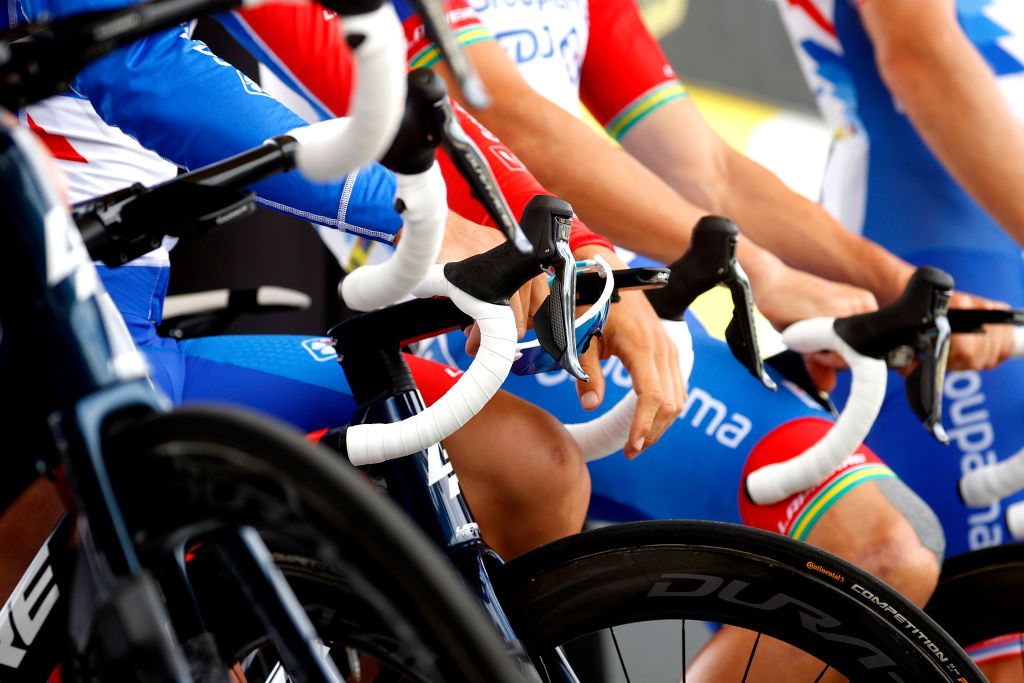 Groupama-FDJ sports director Yvon Madiot said while the team won a lot of races in 2021 it was a season that brought disappointment, with an average Tour de France and no Grand Tour victory.

Reviewing the year, Madiot ranked the team’s performance as just a 6 out of 10, saying that despite 24 wins it did not deserve more than slightly higher than a pass mark after a season that left him with a feeling that something was missing.

“Whether it be on the Tour, on the Classics … Maybe all we lack is THE victory,” Madiot said in an interview published on the team website. “A stage win on the Tour and we might have thought about everything a bit differently. We feel there is unfinished business, despite everything else we have done. It’s frustrating.

“For me, it’s crystal-clear: the season isn’t really successful. There are obvious failures. The Tour was one of them. We expected a lot, we thought we had the team to be able to win on a lot of terrains.”

Groupama-FDJ has in the past had Thibaut Pinot to lead the charge at the Tour de France but the rider who finished third overall in 2014 was this year still suffering from the back injury he sustained in the 2020 race. That meant the squad headed into their home Grand Tour with David Gaudu taking the GC helm and Arnaud Démare chasing sprint victories. Démare crashed in the first sprint stage on the third day and then was out of the race on stage 9 after missing the time cut. Gaudu finished just out of the top ten in 11th place.

The team’s best result at the Tour ended up coming from Stefan Küng in the stage 5 time trial, with the European champion taking second after being shifted out of the hot seat at the last moment by eventual race winner Tadej Pogačar (UAE Team Emirates).

Then at the Vuelta a España second was again the best result for the team, with the near miss coming for Démare on stage 4.

“I do not tell myself ‘it will be better tomorrow’. No. It just wasn’t as we hoped and we’re going to work to make sure it doesn’t happen again, and that it improves quickly in the next year.”

There were, however, also a number of positives the team drew from the year with nine victories from Démare, consistency and a number of wins from team ‘driving force’ Küng and a lift in Gaudu’s level. The 25-year-old French rider’s victories included a stage at Itzulia Basque Country and he also found his way onto the podium at Liège-Bastogne-Liège plus took fourth on stage 17 of the Tour de France, which finished at the top of the Col du Portet.

“It is something important because we know that we can count on him for the greatest races, while he is slowly coming into his best years,” Madiot said of Gaudu. ”He had real consistency and gave us visibility all year round.”

The team is also looking ahead to the development of young riders, from the likes of Briton Jake Stewart, who came second at Omloop Het Nieuwsblad, to a pipeline of new hopes in the Continental team. Additionally Madiot said the return of Pinot should add not only to results but also motivation in 2022.

“Our leaders continue to improve, and we got one back… Therefore, we should be in a more comfortable position next year.”