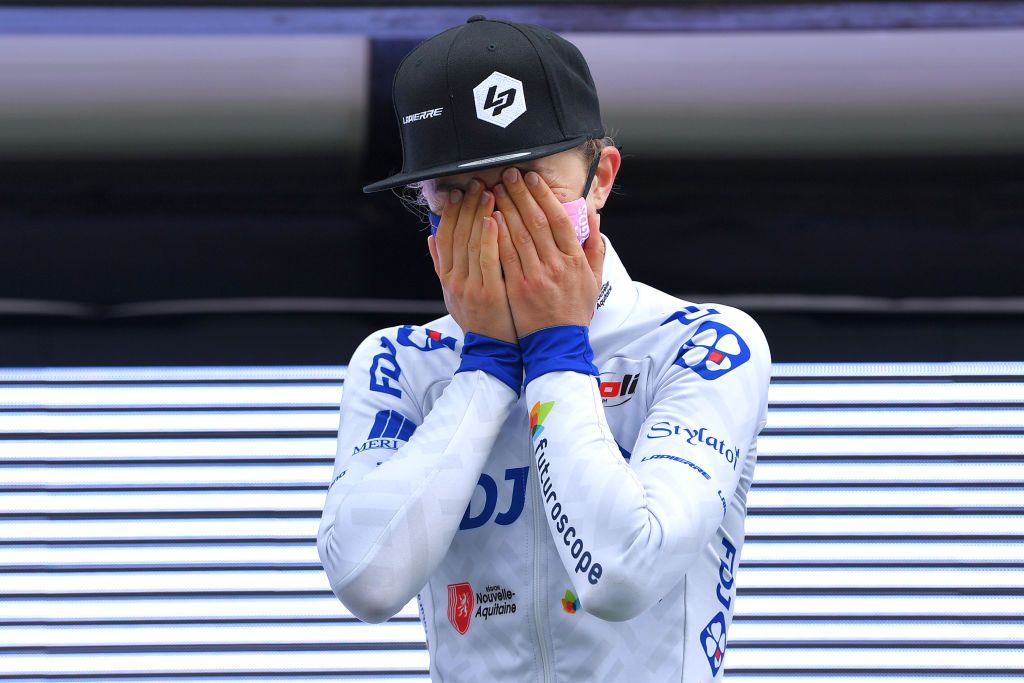 Vuelta a Burgos Feminas’ third stage was the day of redemption for Cecilie Uttrup Ludwig (FDJ Nouvelle-Aquitaine Futuroscope) as she won the sprint atop a short finishing climb in Ojo Guareña and took her first-ever Women’s WorldTour victory after having been close to success many times.

“Oh, finally! It is such a relief, the girls worked so hard,” an overwhelmed Uttrup Ludwig said before being swamped into a group hug by her jubilant teammates mid-interview.

The 25-year-old Dane had collected podium places in the Trofeo Binda, the Tour of Flanders, and on stages of the Giro Rosa, coming closest to victory in the 2020 Flèche Wallonne where she was beaten only by world champion Anna van der Breggen (Team SD Worx).

On stage 3 of the Vuelta a Burgos Feminas, Uttrup Ludwig outsprinted Katarzyna Niewiadoma (Canyon-SRAM) and van der Breggen (Team SD Worx) in the sprint to take the top step of the podium.

“I have no words. It was such a wild day; I still have not quite realised what happened. In the sprint I thought, wow, they are not coming past me, what is going on. And it was against the best riders in the world, this is a really big victory,” Uttrup Ludwig said to Cycling News.

The French team won a stage where they went on the attack multiple times. First, it was Uttrup Ludwig who made a move on the penultimate classified climb, then Evita Muzic tried to get away in the hilly final before it all came down to an uphill sprint after which the two teammates could celebrate the victory.

“The whole team raced so well. We just wanted to get out there and animate the race, show that we have balls, there was no big plan behind it,” Uttrup Ludwig said about the team’s attacks in the final. “To be able to attack like that and then still win, that was great … I am going to have some champagne tonight and enjoy this feeling.”

In the general classification, the Danish climber now sits in fifth place, only two seconds off Niamh Fisher-Black (Team SD Worx) in the leader’s jersey, and the final stage finishes at the Lagunas de Neila after a long climb which on paper suits Uttrup Ludwig well. But she said that she did not think to give the next day much thought and instead relished her biggest victory so far.

“Yes, there is still a hard stage tomorrow. But to be honest, I am not thinking about that now. We are so happy to have this victory, this is so special. We will celebrate tonight and then see how things go tomorrow. Everything that comes after today is a bonus,” Uttrup Ludwig finished.