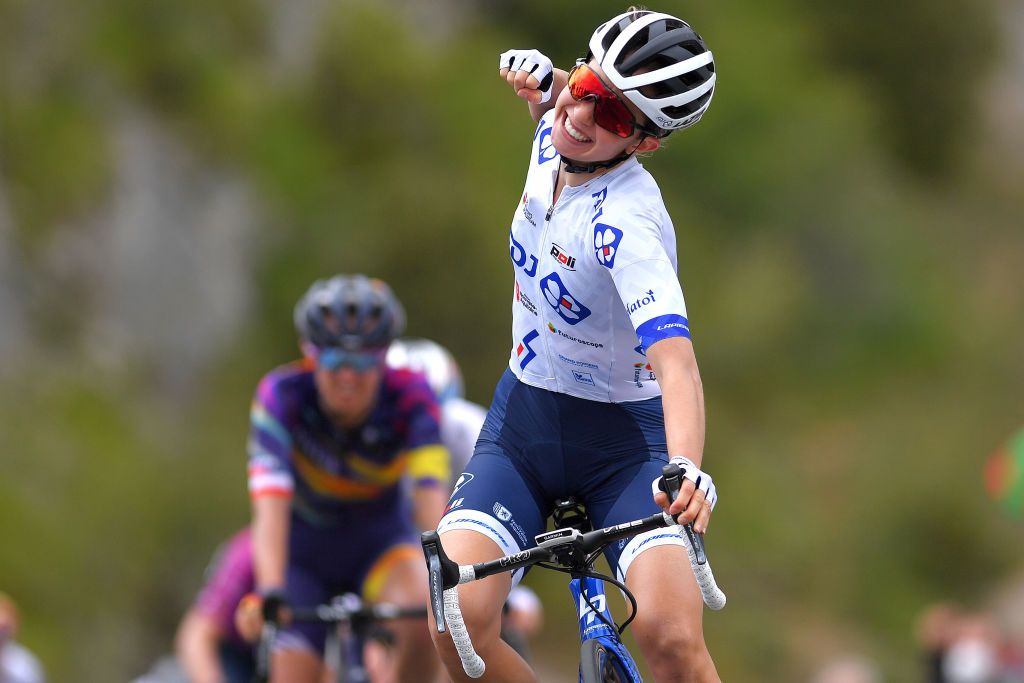 Cecilie Uttrup Ludwig (FDJ Nouvelle-Aquitaine Futuroscope) and Ashleigh Moolman Pasio (Team SD Worx) were among the elite WorldTour riders at the unveiling of the Tour de France Femmes route in Paris on Thursday with both riders acknowledging that history was being made as ASO laid out their route for their new women’s Tour de France.

The eight-day race begins in Paris on July 24 and concludes with back-to-back mountain stages, including a Queen stage atop La Planche des Belles Filles. There are stages for sprinters, climbers, and all-rounders, along with a stage that contains several sectors of gravel, and while this is no time trial the route looks well poised for an exciting GC battle.

“I love it. It’s a really well-balanced course and there’s something for everyone,” Moolman Pasio said after the route was unveiled by race director Marion Rousse, and ASO’s Christian Prudhomme.

“There are short stages, long stages. There’s gravel, punchy stages and then the Queen stage up La Planche des Belles Filles. That’s obviously the one that I’m most excited for. I think it’s going to keep everyone on the edge of their seats until the last stage,” Moolman Pasio added.

When asked by the media if she would target the yellow jersey and the overall standings at the race, the South African stressed that while she would begin planning her assault over the winter there was a greater force at play, and that the race would act as a catalyst for younger female viewers and riders to enter the sport.

“Of course, it’s a really big goal for next year, so now I go and sit around the table with my coach and I start planning. It’s going to be historical for us and I want to be a part of history. I want to inspire the young girls out there who can watch us and hopefully become great cyclists themselves.”

Uttrup Ludwig echoed Moolman Pasio’s comments in relation to the importance of the new race.

“I’m so excited. I mean this is a day that we’ve waited for, for a long time. We’re getting our own Tour de France for women and it’s a great day for women’s cycling. They look like super cool stages. I can’t wait. Let it be July,” the Dane said.

Rumours and speculation surrounding the route had circulated for weeks but the Tour de France Femmes position in the calendar gives female athletes a huge step forward in the race for parity with men’s cycling.

“I heard some rumours about the stages but it’s super cool with the gravel, and the last stages of course. I’m super excited,” Uttrup Ludwig said.