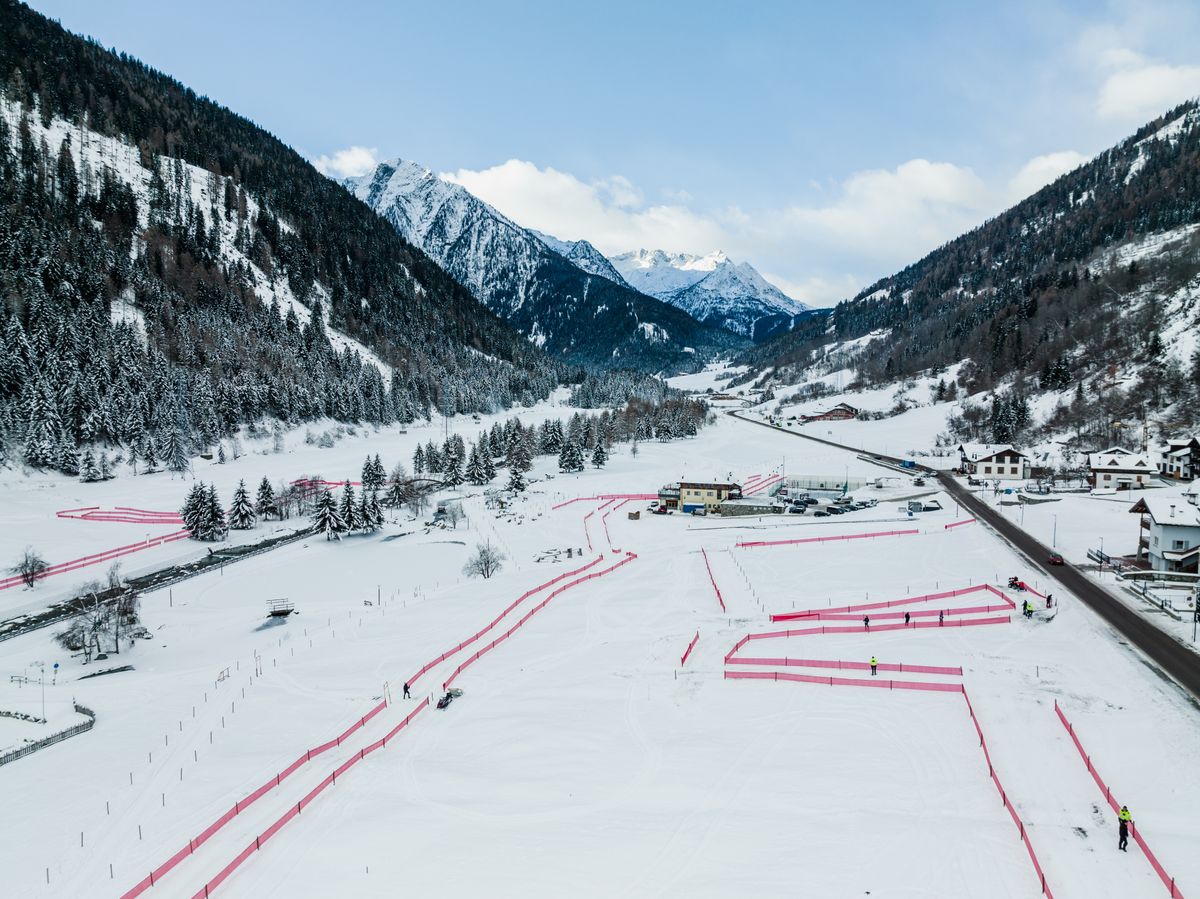 The UCI Cyclo-cross World Cup swaps the mud of northern Europe for the snow of the Italian Alps this weekend, with the Val di Sole races held on packed snow in an attempt to demonstrate that cyclo-cross has the potential to be a winter Olympic discipline.

The race track has been built on the Nordic skiing centre in Vermiglio, which sits at an altitude of 1,261 metres at the foot of the Passo del Tonale that divides the Trentino and Lombardia regions. Temperatures fluctuate between a high of 3°C during the day and -7°C at night.

Organisers were ready to switch on the snow canons to ensure the race was held on snow but early winter snow falls have covered the track, with further falls of up to 40cm forecast before Sunday’s races.

One of the guiding principles of the winter Olympics is that all sports are held on snow or ice. But securing a place in the Olympics takes time. Cyclo-cross would first have to become a demonstration sport and could only become an Olympic sport in 2030 at the earliest.

Sven Nys has opted to send his Baloise Trek Lions riders to a warm-weather training camp to prepare for the important holiday races but he insists becoming an Olympic sport could be huge for cyclo-cross.

“If our sport becomes an Olympic sport, the sky’s the limit. Then all federations will wake up and put money into cyclo-cross again,” he said in a recent Sporza podcast.

“That happens only in Flanders and the Netherlands. In countries such as Switzerland or France, mountain biking at the Olympics put a stop to that.”

“I’m curious to see how it will go, I’ve never been a snow king so to speak, so I might be a little scared,” Van Aert said after dominating his first cyclo-cross of the year in Boom on Saturday.

“I think it’s going to be cold,” Pidcock told the organisers.

“I’m not too sure of what to expect. It’s certainly going to be the first snow race I’ve ever done. I won the Junior World Championships in Luxembourg when it was icy, but not in the snow.”

Chris Mannaerts of World Cup organisers Flanders Classics has been in the Val di Sole for several days, leading the construction of the race circuit in the snow.

Despite several snow falls, everything is on schedule for Sunday’s racing.

“Sometimes the track is more icy, sometimes more snow. We expect more snow, the local experts told us it could snow another 40cm but it won’t be a problem because the locals are experts at preparing the snow,” he said in a video made by the local race organisers.

“The track has two parts: there’s a more technical track at the beginning and then on the other side of the river, there’s a really steep hill. That will be very challenging because it’s a straight line to the hill.

“We’ll see who can climb to the top and who steps off the bike. That will be the key thing in this cyclo-cross race, along with who can make the efforts over and over again.”