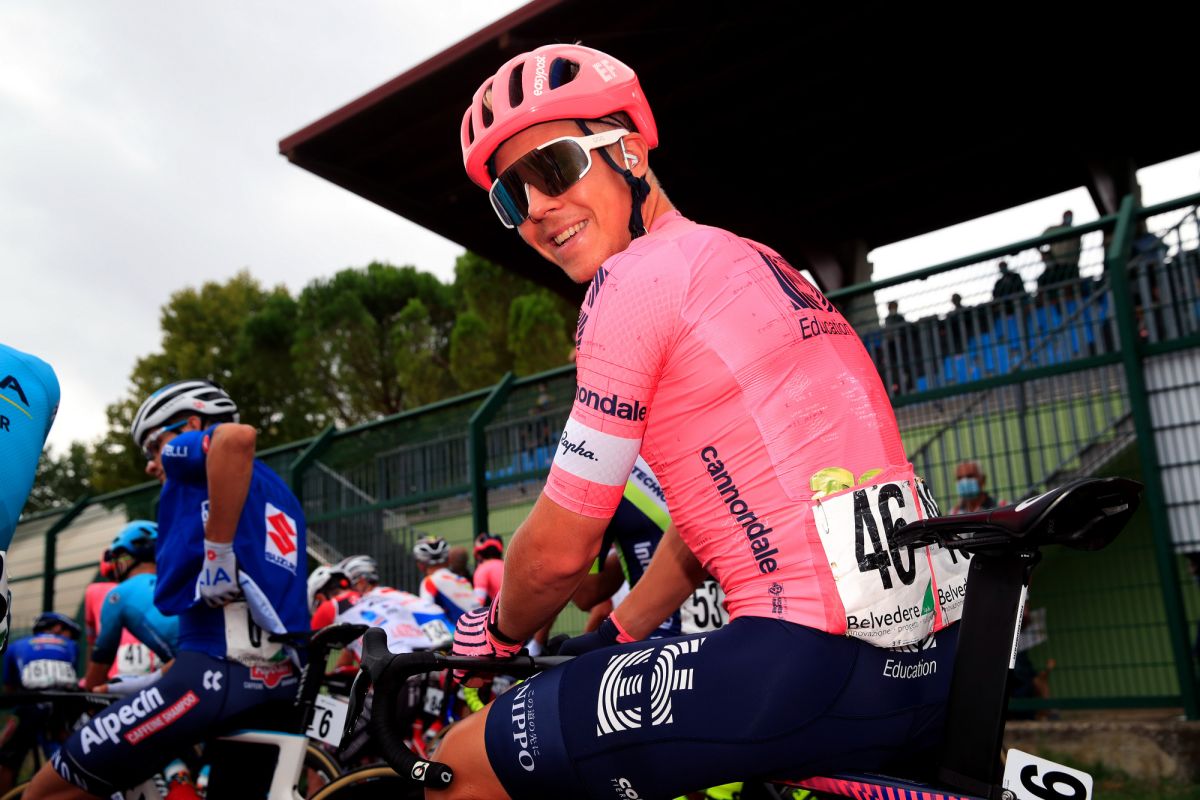 After taking his first win since 2018 at the Giro della Toscana, Michael Valgren extended his contract with EF Education-Nippo, the team announced. The Dane then celebrated his new deal with a second victory at the Coppa Sabatini on Thursday.

“I’ve had a really good first year. I feel at home,” Valgren said in the team’s press release.

“This was a race for climbers and I’m not really a climber so I had to dig really deep. This was definitely special,” he said of the Giro della Toscana, which he won Wednesday thanks to stellar teamwork from Sergio Higuita and Neilson Powless late in the race. His win on Thursday also saw Powless set him up for the winning move.

His win on Wednesday was his first since the 2018 Amstel Gold Race and it confirmed his Classics talents, which have resulted in victories in the Omloop Het Nieuwsblad in 2018, and a fourth place in the Tour of Flanders the same year.

Valgren said he has been happy with the American team. “I work really well with Andreas Klier and he’s been taking good care of me. Ken [Vanmarcke] and Charly [Wegelius] have been so helpful too. I’m really grateful for that,” Valgren said.

Having fellow Dane Magnus Cort, a winner of three stages of the Vuelta a España, in the team was another bonus. The pair were teammates at Astana before Valgren went to Dimension Data and Cort landed with EF Education.

“Magnus is someone I’ve bonded with and we know each other really well now. We can have really good races together,” said Valgren.

Both riders are expected to represent Denmark at the upcoming UCI Road World Championships.

Valgren will then be back in his pink EF Education-Nippo jersey for the Eurométropole Tour and is on the team’s shortlist for the team’s Paris-Roubaix roster.

“I’m looking forward to the many good moments to come with this team.”