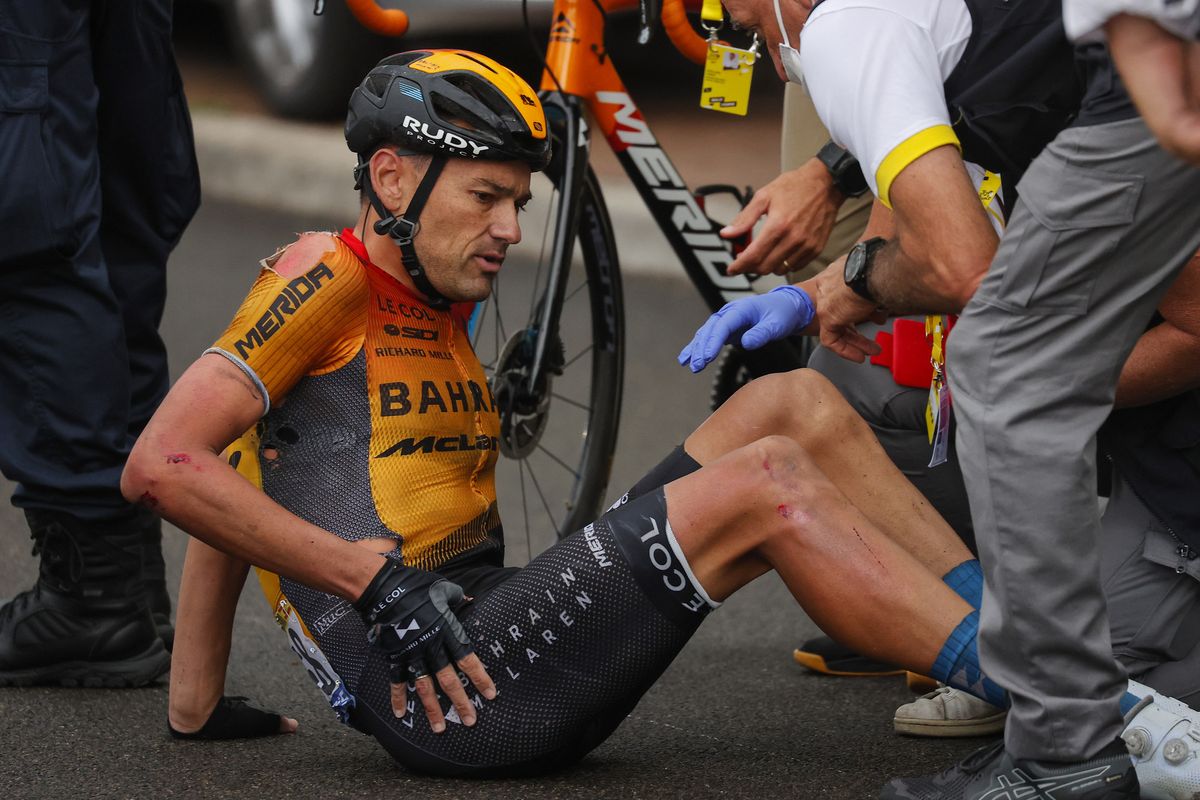 Spaniard Rafael Valls has decided not to return for a 12th season at the WorldTour level and will retire from pro cycling, his Bahrain Victorious team announced today.

The 34-year-old was part of this year’s Giro d’Italia squad which secured stage wins by teammates Gino Mäder and  Damiano Caruso, the latter securing a runner-up GC finish in Milan.

“I always want to compete at my best and perform at my highest level. But, after suffering several crashes over the years, I’ve got to be honest, and I don’t think I’m in the mindset to compete at that level.”

After a two-year stint with Movistar, Valls moved to the Bahrain programme in 2020. His year began with a high-speed crash in the closing 1.5km in Sterling on stage 2 of the Tour Down Under, resulting in a sacral fracture that caused him to not start the next day.

In his fifth and, what turned out to be, his final Tour de France appearance, Valls crashed hard in the final three kilometres of the opening stage in Nice and suffered a broken femur. A large number of riders limped across the finish line on the Promenade des Anglais as rainy conditions caused a number of incidents, but Valls had the worst outcome which would end his season.

He returned in 2021 to support teammate Pello Bilboa to a second-place GC finish at Tour of the Alps, then aid Caruso in his charge to the podium spot in the GC at the Giro.

“Now I will take time away from cycling and focus on me and my family. I will always be grateful to the management and staff at Team Bahrain Victorious, who have been very supportive over the last two seasons,” Valls said.

In 2010, Valls moved from the Continental level to the WorldTour stage with Footon-Servetto, where he placed second on a mountaintop finish in the Alps on stage 7 of the Tour de France, his first of 11 Grand Tours.

By 2015, the Spanish climber won the general classification at the six-stage Tour of Oman for Lampre-Merida, and followed that success with GC top 10s at Paris-Nice and Volta Ciclista a Catalunya. The next two seasons, he finished in the top 10 at Santos Tour Down Under in both appearances with Lotto Soudal.

Even prior to his multiple injuries in 2020, Valls had other big comebacks. Before joining Movistar in 2018, Vails fractured his hip in a training ride crash shortly after the Tour de Pologne, which ended his 2017 campaign.