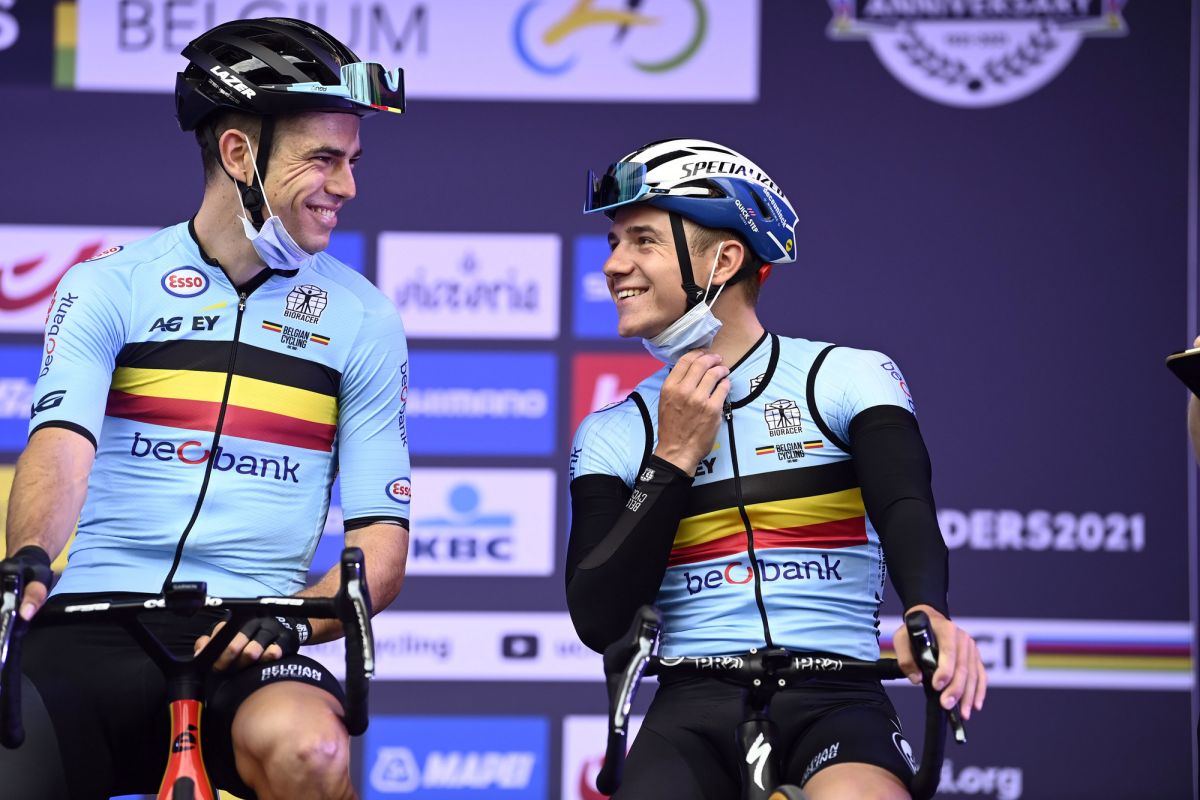 Wout van Aert and Remco Evenepoel are set to sit down together later this month to finally bury the hatchet and move on from the Belgian debacle of last year’s World Championships.

The question of whether Evenepoel would work for Van Aert hung over the run-in to their home Worlds, and after the road race on the final Sunday and Van Aert’s struggles in the finale of the race, it was quickly apparent the pair were not on the same page.

Evenepoel, who’d joined an early breakaway, publicly suggested he had “the legs to become world champion”, while Van Aert responded by claiming the early move went against team orders. It soon emerged that Evenepoel had failed to show up for the team’s post-race debrief and the fall-out swept headlines across the world.

In order to calm the situation, national coach Sven Vanthourenhout called for a conciliatory meeting between the pair, but that has not yet happened. With the two Belgian riders likely to share national team leadership in years ahead and at this year’s World Championships in Australia, an explanatory meeting is deemed as vital.

Vanthourenhout told Cycling News this weekend that it’s still on the agenda, but will have to wait until after the Spring Classics.

“We have not managed to meet together, because it was really difficult,” he said, explaining that a meeting was planned for early January during nearby training camps in south east Spain.

“Normally we planned to see each other there but Jumbo-Visma they stopped their camp after two days because of COVID-19.  I was there, and I went to the QuickStep camp to see Remco. But to sit down with three was not possible.”

With Van Aert in the full swing of his Spring Classics campaign, and Van Aert training at altitude on Mount Teide, the meeting will have to wait until after the Ardennes Classics.

Van Aert will be racing through to Paris-Roubaix on April 17 while Evenepoel will come in for the Ardennes Classics through to Liège-Bastogne-Liège on April 24. Any meeting will likely have to wait until after that.

Despite the fall-out seemingly being not totally resolved, Vanthourenhout played down any suggestion of ongoing problems between the two Belgian riders.

“Everything is okay. There are no troubles anymore, but it will be good to see each other,” he said.

“What happened was disappointing, but Remco has learned, and we have all learned a lot from what happened. If there is another problem this year it will be a different one. It won’t be the same one again, that’s for sure.”