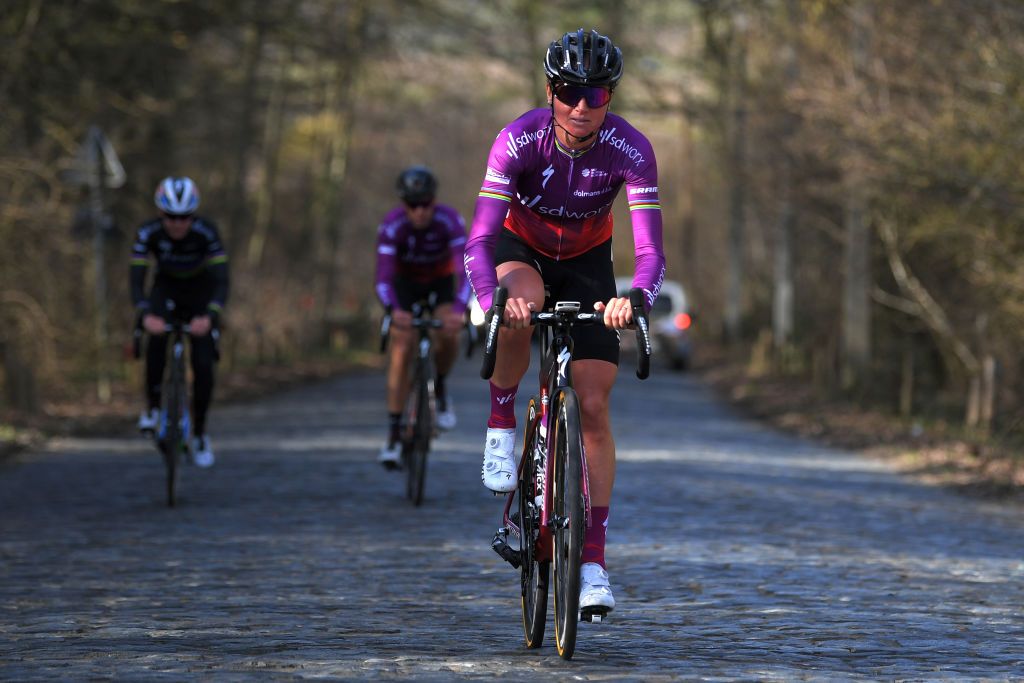 There has been no time for Chantal van den Broek-Blaak (SD Worx) to take the foot off the pedal after the UCI Road World Championships as once the road race was over the preparations continued for what she expects will be a tough and unpredictable first edition of the Paris-Roubaix Femmes on Saturday.

The Classics specialist – with a list of wins that includes the Tour of Flanders, Amstel Gold Race and this year’s Strade Bianche – said she’s been waiting for a women’s edition of the race for years, with the power required and degree of difficulty playing well to her strengths.

“It’s a super cool course, a typical one-day race, it fits me and I’ve been waiting for this moment,” said Van den Broek-Blaak in a team statement this week. “I always watch the men’s race and you can see it’s a pure classic. You can see it’s tough and you cannot compare it with anything else. So I have mixed feelings: I’m super excited but on the other hand it’s also a bit scary.”

Van den Broek-Blaak had a break from racing of six weeks after the Giro d’Italia Donne but it was clear that she’d still been working to deliver strong form for the last part of the season during her race lay-off as she stepped straight up to the top step of the overall podium of the the five-day Simac Ladies Tour on her return. It was a result that delivered confidence, though Van den Broek-Blaak sees Paris-Roubaix as a race that will ask things of riders no other event can prepare them for.

“You can’t compare the cobbles in Roubaix with any other race,” Van den Broek-Blaak said. “I always take the example of Flanders, and in the Ronde, if you’re empty, you can always try to find a way out, but in Roubaix, it’s impossible. It’s flat and there is not much rest in between the sectors. And the cobbles are really hard, very bumpy. So when you’re empty, you really lose a lot of speed.”

The 31 year old, however, isn’t planning on being one of those that is empty, with the dream scenario riding toward the finish line in the Roubaix velodrome with time to celebrate the historic moment.

“The solo would be awesome,” Van den Broek-Blaak said with a laugh. “But I can never predict a race, it’s a feeling, and I hope I can have the right instinct again in Roubaix. I normally race the best when everyone is just empty. Let’s start with a hard race, that always makes me happy.”

The rider, who won the World Championships road race in 2017, said it was a race where anything could happen, from winning out of the early break to having a flat or a crash while perfectly positioned.

“I’m gonna do everything and hopefully I’ll have good legs and a bit of luck!”

Van den Broek-Blaak has done two reconnaissance rides on the course, both to test equipment and familiarise herself with the challenges of the route before race day.

“But we had good weather, with a lot of dust, and that makes me a bit nervous because the condition can be muddy in October,” she said. ”That’s why I’m returning quickly after the Worlds to prepare as much as possible. You can train physically, you can prepare your equipment, you can make yourself ready mentally, because you know it’s gonna be hard, and then you have to accept that anything can happen in Paris-Roubaix.”