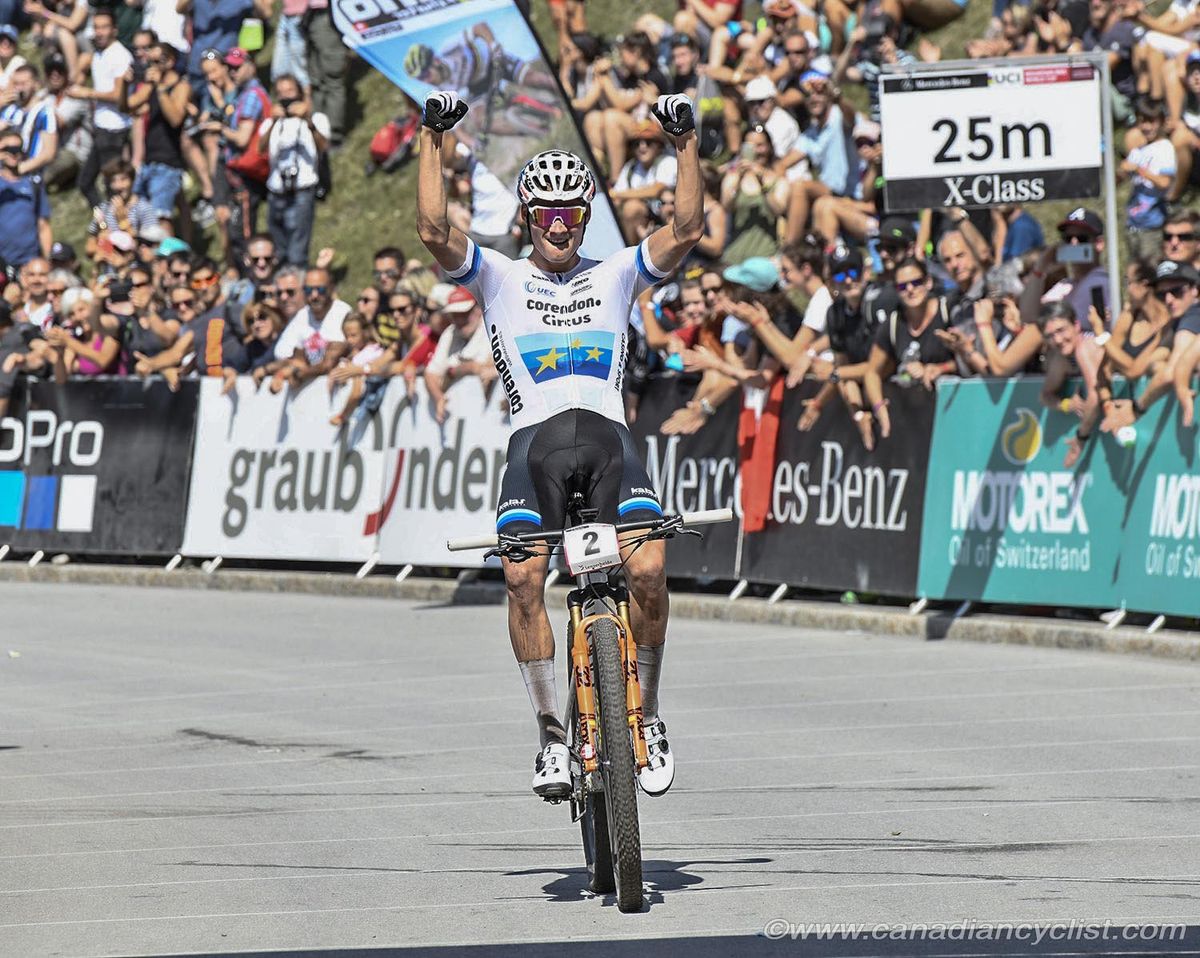 After winning the short track at the UCI Mountain Bike World Cup in Albstadt on Friday, Mathieu van der Poel (Alpecin-Fenix) says he will be fighting for a result in Sunday’s cross country race to secure a good starting position for the Olympic Games in Tokyo.

The Dutch rider is only racing on the mountain bike this weekend and in Nove Mesto before his main goal, the XC race in Tokyo on July 26.

“I want to get as many points as possible because it’s important for me to go to the Olympics (with) a good starting position,” Van der Poel said in a team press release.

“I would be happy if I can go home with a good feeling and I hope to improve next week. It’s a long time without any MTB races before the Olympics.”

Van der Poel has not raced on the mountain bike World Cup level since 2019 when he won the XC rounds in Nové Mesto, Val di Sole and Lenzerheide because the season was interrupted last year due to the COVID-19 pandemic. Instead, he switched focus to road racing, taking home victories in the Tour of Flanders, Binckbank Tour, and the Dutch championships late last year, while this season he won Strade Bianche and stages of Tirreno-Adriatico and UAE Tour after winning his fourth cyclo-cross world title.

It’s an abrupt transition from the Tour of Flanders to the MTB, but Van der Poel says he enjoys training off-road more.

“For sure the intensity is quite different and I also have a bit more fun on the MTB than I have on the road bike. The technique and the places you can go on a MTB is nice and it doesn’t feel like training because you’re enjoying yourself so much.”

The 26-year-old is unsure how he will fare on Sunday in Albstadt. “I trained to be in the best possible shape but it is difficult to compare with a World Cup. You can train as long and hard as you want but to get the specific feeling on a World Cup course is just something that comes after races, I’m a bit curious to see where I’m at this weekend.

“I haven’t been competing against those guys for a while now, so I don’t know which steps they’ve made. I hope to be on a good level but to be honest, I don’t think I’m on the same level as when I stopped.”

Van der Poel says it would have been much better if the Olympics had gone on last year. His Alpecin-Fenix team didn’t have the Tour de France to take on in 2020, and as the team’s star, he will be expected to perform there – even though the final stage is July 18, just over one week before his major goal in Tokyo.

“The program is a bit busy and not ideal for the Olympics maybe. But we have to deal with it. Of course, the Covid situation was a bit shit for everyone. I’m just happy that we can race again. I’ll take it and try to be as good as possible on the days that matter.”

One of those days is Sunday, where Van der Poel likes the course but not the fact there will be no spectators. “It suits me quite OK – maybe not my favorite, I think Nové Mesto suits me a little better.”

After next week’s World Cup, Van der Poel will prepare for the Tour de France at an altitude camp in La Plagne before racing the Tour de Suisse and Dutch championships.