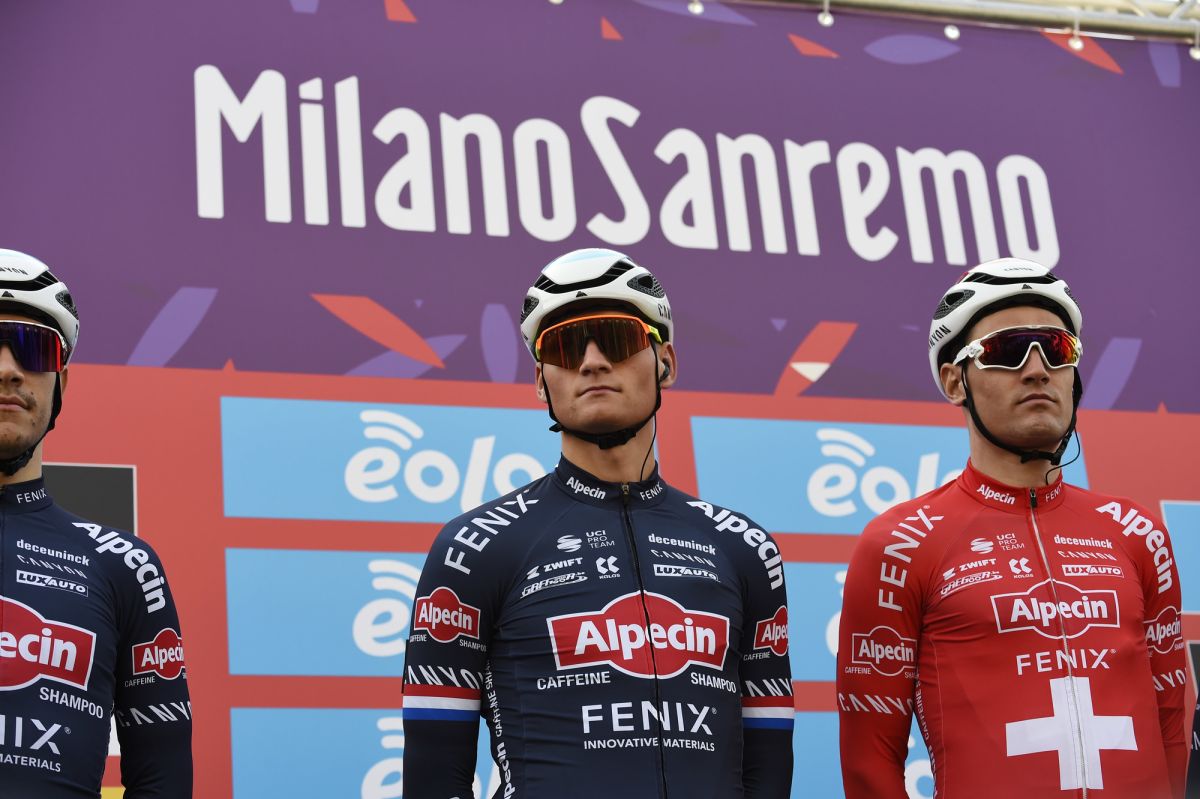 While numerous major names have dropped out of Milan-San Remo in the run-up to the race through illness that has swept through the peloton in recent weeks, Mathieu van der Poel has been a surprise addition to the start list.

The Dutchman’s return to road racing following rehabilitation from a long-standing back injury was brought forward to Saturday’s La Classicissima after several of his Alpecin-Fenix teammates were rules out through illness.

Speaking ahead of the start of the 293-kilometre race in the historic Vigorelli velodrome, Van der Poel said that he only got the call-up to start two days before the race.

“Two days ago, actually,” he told Cycling News, among a group of assembled reporters at the start. “I came home from training and I had a few missed called from the team.

“Gianni [Vermeersch] got sick and we also lost Robert Stannard this morning – he got sick. They asked me if I wanted to replace him, and it was a difficult decision because normally I was going to start again at Coppi e Bartali.

“But after a while I decided to go here without any pressure and just see what I can do.”

Despite his assertation that he will ride without pressure, plenty of eyes will be on Van der Poel during the race – both inside and outside the peloton.

While the likes of reigning champion Jasper Stuyven, world champion Julian Alaphilippe, Paris-Roubaix champion Sonny Colbrelli, and 2021 runner-up Caleb Ewan are all out with illness, Van der Poel will still be marked regardless of his form on his season debut.

The 27-year-old said that his shape ahead of his third participation at Milan-San Remo is a question mark for himself as well as others.

“It’s a question mark for me as well,” he said. “I feel pretty good in training, but training isn’t racing. We’ll see how I feel in the end. I have a free role for me today as well, so we’ll see how the race develops.”

When questioned about his back, an issue which has plagued him since the middle of last season and which saw him miss almost all of the 2021-22 cyclo-cross season, Van der Poel was positive.

“It’s quite OK,” he said. “Sometimes after hard training I still feel something but on the bike it’s quite ok. It doesn’t hold me back anymore, so I hope it stays that way and it evolves in a positive way.”

Van der Poel’s long-time rival and one of the favourites for the title on the Via Roma, Wout van Aert (Jumbo-Visma), said that it’s nice to see him back racing. The Belgian added that he believes Van der Poel can get a result on his first race day of the season.

“I think it’s nice, especially for cycling, that he’s back,” Van Aert said. “When he started training everyone believed he would come back during the spring season and now it’s even faster than expected. I believe he can do a really good San Remo.”